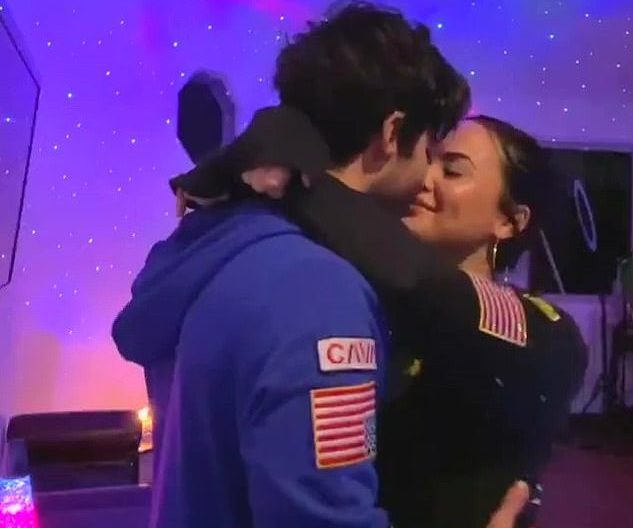 Here’s the music video that just keeps us giving to pop fans and if you look closely, soap opera viewers will see a re-affirmation, and a very cute moment between former The Young and the Restless and Under the Dome star, Max Ehrich (Ex-Fenmore Baldwin) and his reported gal, pop sensation Demi Lovato. 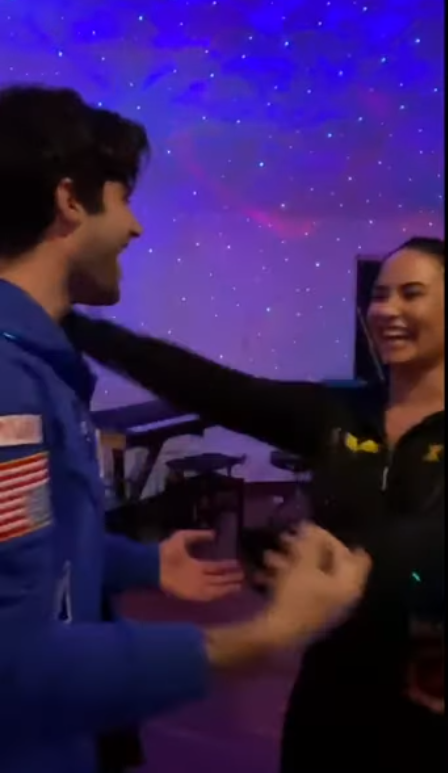 The superstars collaborated on this new charity single to benefit to benefit the First Responders Children’s Foundation and the release is from SB Projects helmed by their manager, Scooter Braun, 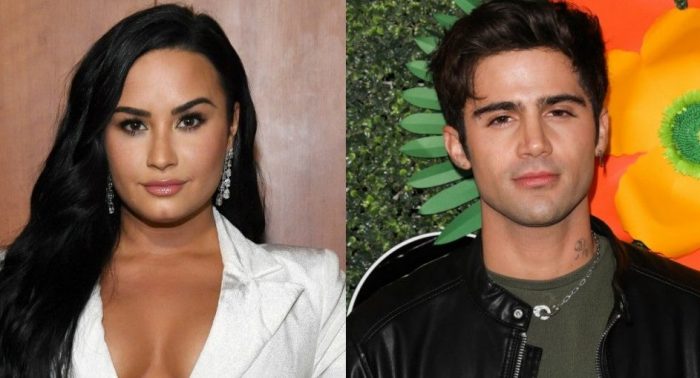 They are several fans featured in the video as well, who are from first responder families and frontline medical workers from Los Angeles area hospitals.

Check out Max and Demi and enjoy this new video from Arianne and Justin then let us know what you thought of it via the comment section below. 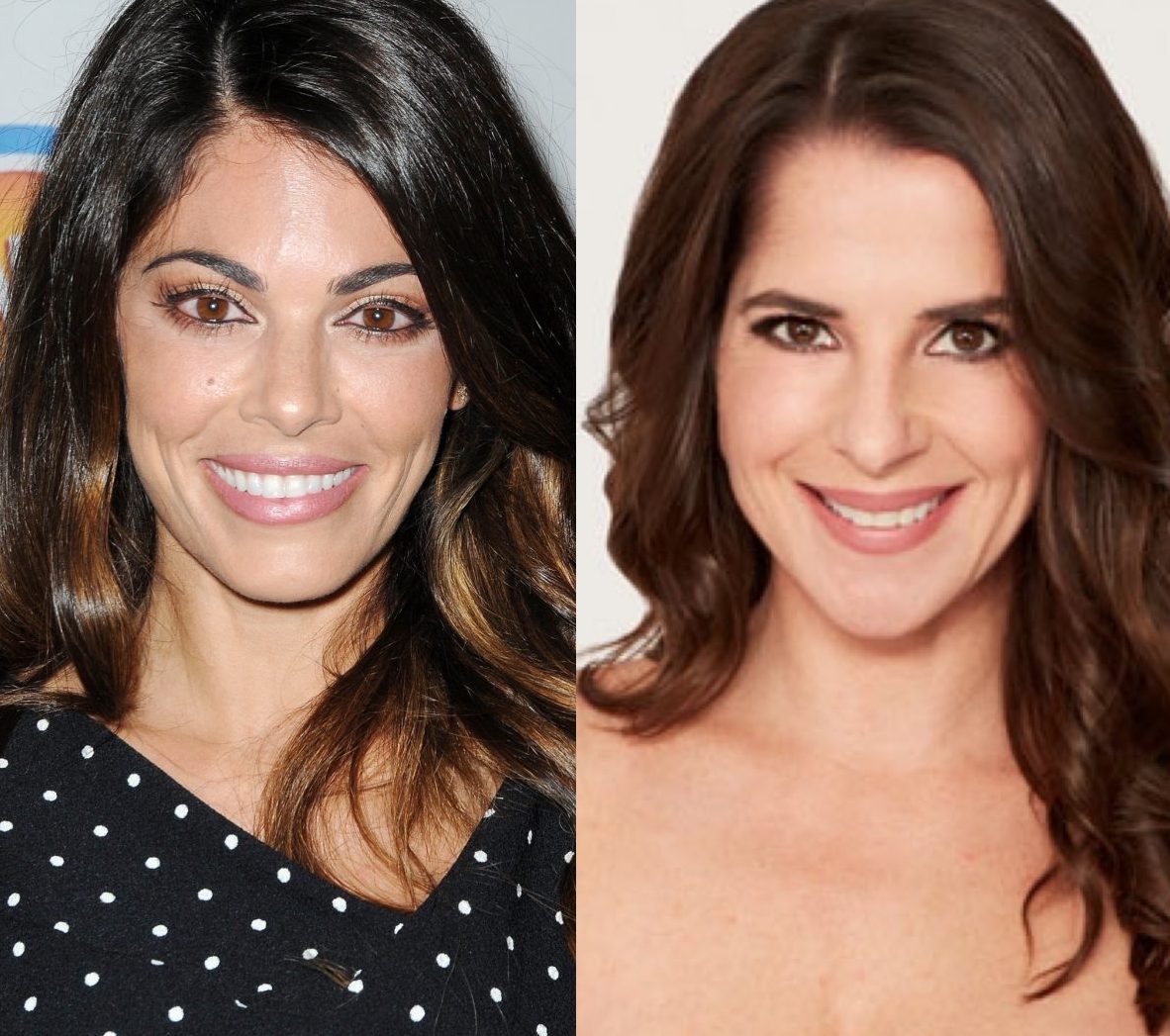 When General Hospital returned to shooting new episodes amid the coronavirus pandemic, Sam McCall looked a bit different temporarily and that’s because the role was played for a bit by soap veteran Lindsay Korman-Hartley (Ex-Passions, All My Children, and Days of our Lives).

Hartley has been subbing for series star, Kelly Monaco (Sam) and according to Daytime Confidential is filling in only for a few weeks in the role,

Lindsay tweeted when the news broke: “Some big shoes to fill…precious too. I hope you enjoy watching Sam as much as I have enjoyed playing her, temporarily.”

In addition on Friday, Monaco’s mom, took to Twitter and informed a fan of Kelly’s the status of her daughter’s health which was good news that she will be back (as it looks as of now) on Monday to tape new episodes of GH,

Carmina Monaco shared:”Kelly is great and should be back on set Monday. 14 day quarantine after a breathing problem with mask 1st day back. 3 negative Covid test, I’d say she is better than great. Thank you for all of the love,”

GH fans are eagerly awaiting new episodes of the long-running ABC daytime drama series to begin airing, and they won’t have to wait much longer as this coming Monday, August 3rd, the story picks back up.

We look forward to Kelly’s return to the series in the role she made soap-famous, while Lindsay takes over to keep the character present in the storylines.

So, what do you think of Lindsay being the temp recast for Kelly? Glad to know Kelly is doing OK? Share your thoughts below. 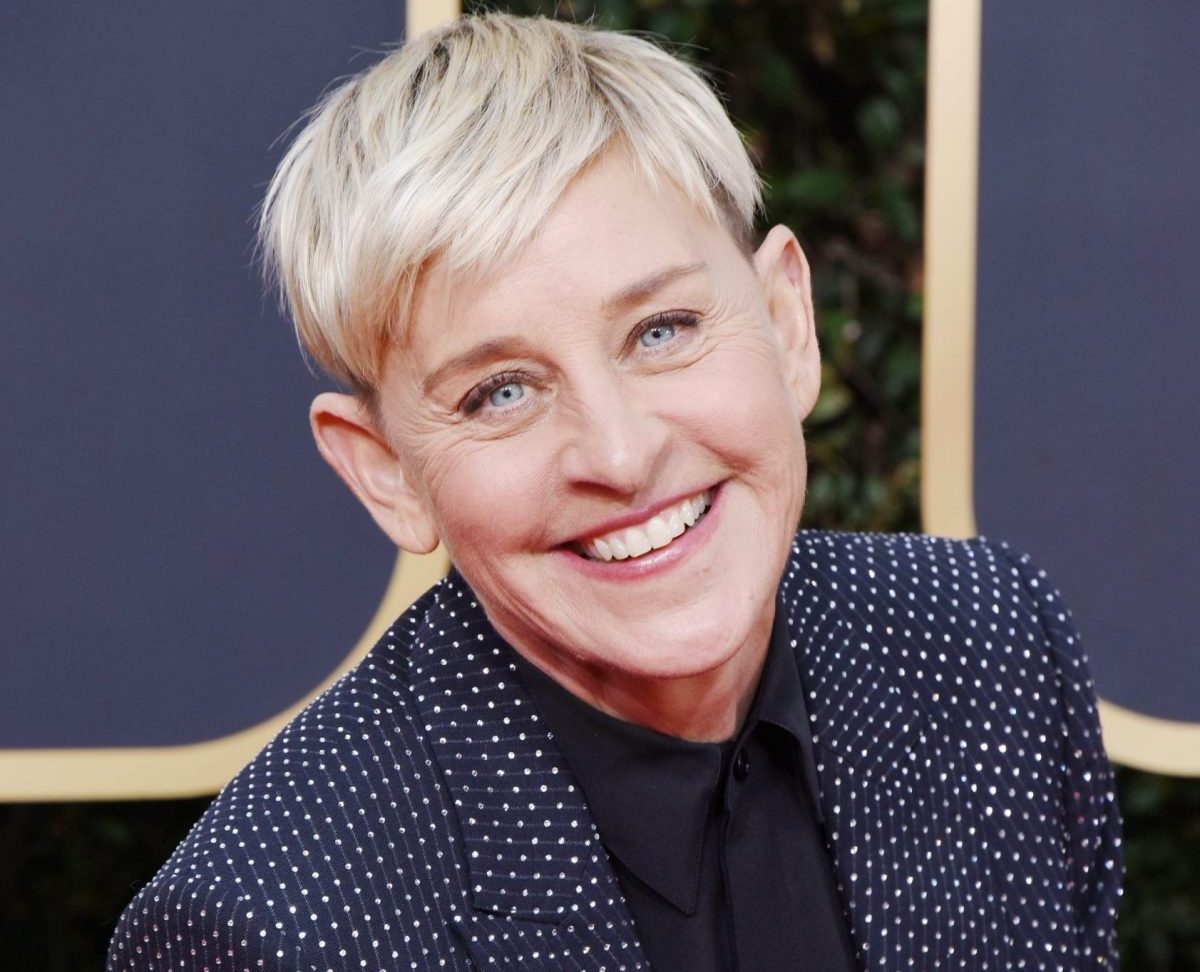 After many complaints were brought to light by former employees of the show about the culture of the work-place behind the scenes, WarnerMedia is now handling its own internal investigation of the show.  It all began when BuzzFeed’s widely-circulated piece had former employees’ anonymous accusations of racism, intimidation, unjust termination and an overall toxic work culture, perpetuated by the show’s top producers.

In a memo, DeGeneres expressed that now that the issues were brought to her attention, they are taking steps to ensure to correct them moving forward.   While neither she nor Warner Brothers will comment on the fate of specific employees, two sources had revealed to The Hollywood Reporter that executive producer Ed Glavin — one of the show’s three EPs, and the one at the center of many of the more unsavory claims is among those who will be let go

Ellen let everyone associated with the show that she would have delivered this message on-camera on her show, if not for COVID-19, where everyone on the staff and the crew would have been present.   What she wrote is below:

DeGeneres shared:  “Hey everybody – it’s Ellen. On day one of our show, I told everyone in our first meeting that The Ellen DeGeneres Show would be a place of happiness – no one would ever raise their voice, and everyone would be treated with respect. Obviously, something changed, and I am disappointed to learn that this has not been the case. And for that, I am sorry. Anyone who knows me knows it’s the opposite of what I believe and what I hoped for our show.

I could not have the success I’ve had without all of your contributions. My name is on the show and everything we do and I take responsibility for that. Alongside Warner Bros, we immediately began an internal investigation and we are taking steps, together, to correct the issues. As we’ve grown exponentially, I’ve not been able to stay on top of everything and relied on others to do their jobs as they knew I’d want them done. Clearly some didn’t. That will now change and I’m committed to ensuring this does not happen again.”

I’m also learning that people who work with me and for me are speaking on my behalf and misrepresenting who I am and that has to stop. As someone who was judged and nearly lost everything for just being who I am, I truly understand and have deep compassion for those being looked at differently, or treated unfairly, not equal, or — worse — disregarded. To think that any one of you felt that way is awful to me.

It’s been way too long, but we’re finally having conversations about fairness and justice. We all have to be more mindful about the way our words and actions affect others, and I’m glad the issues at our show were brought to my attention. I promise to do my part in continuing to push myself and everyone around me to learn and grow. It’s important to me and to Warner Bros. that everyone who has something to say can speak up and feels safe doing so.

I am so proud of the work we do and the fun and joy we all help put out in the world. I want everyone at home to love our show and I want everyone who makes it to love working on it. Again, I’m so sorry to anyone who didn’t have that experience. If not for COVID, I’d have done this in person, and I can’t wait to be back on our stage and see you all then.  Stay safe and healthy.  Love,  Ellen”

Meanwhile, Everybody Loves Raymond alum Brad Garrett , who has been a guest on Ellen, claimed on Twitter that DeGeneres bears responsibility for the workplace culture.  He tweeted late Thursday night. “Sorry but it comes from the top ⁦@TheEllenShow. Know more than one who were treated horribly by her.⁩ Common knowledge.”

So, how do view’s Ellen’s message? Do you think the show is about to go under some serious house-cleaning? Share your thoughts via the comment section below. 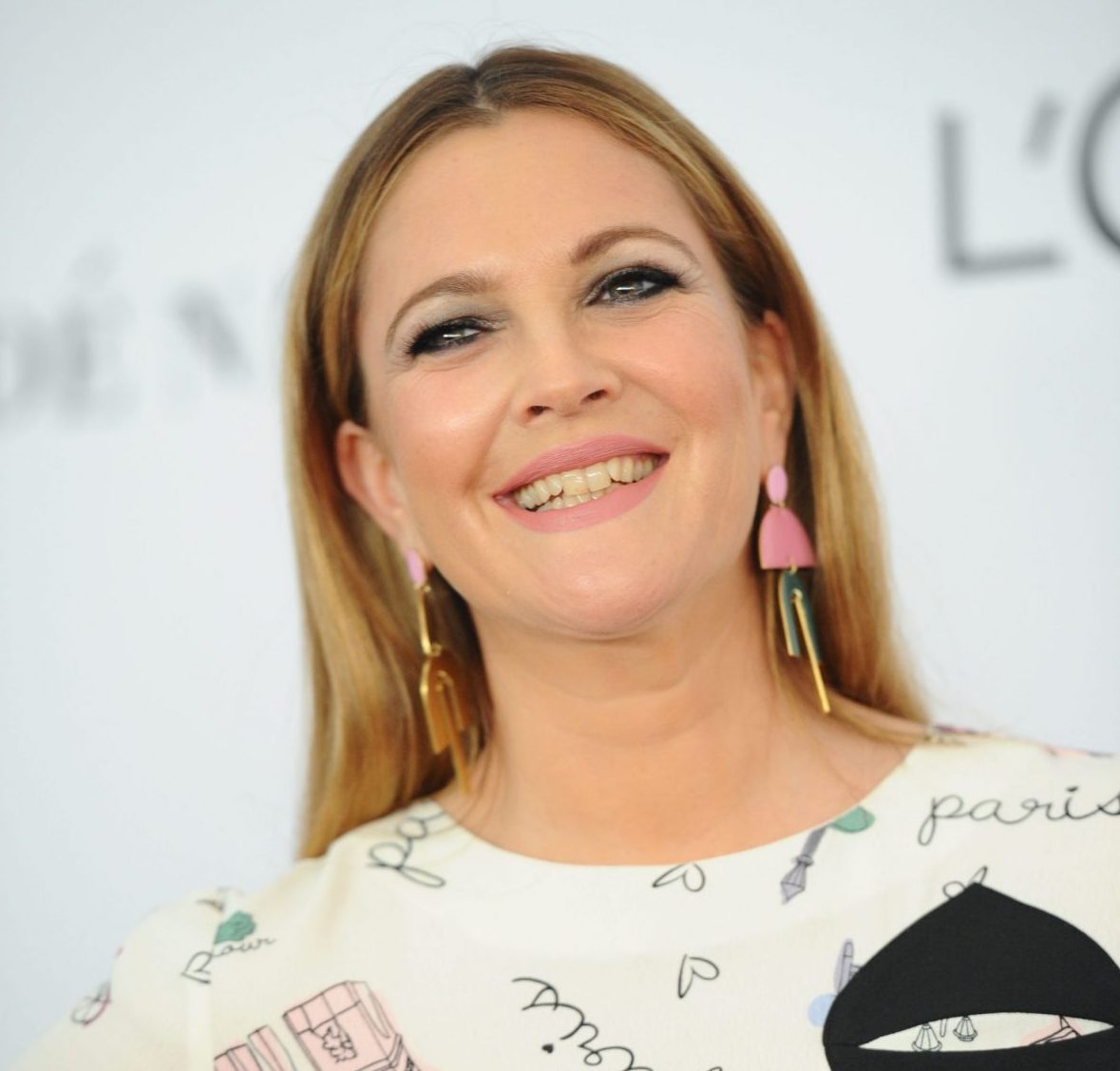 Daytime fans will be greeted with a new syndicated talk show this fall when The Drew Barrymore Show enters the field when it debuts on Monday, September 14th

The first promo for Barrymore’s new syndicated talker, which utilizes footage from Barrymore’s classic 1982 appearance on The Tonight Show Starring Johnny Carson, with the now version of Barrymore swapped in for Carson.  Barrymore was then starring in the classic film, E.T.

The Drew Barrymore Show is described as “optimism TV, bringing information, inspiration, and entertainment to the daytime audience … celebrating every part of humanity along the way.” The show’s format is going to be comprised of: human interest stories, happy news, lifestyle segments, and celebrity guests.

In the meantime to get viewers revved up for the show launch, the Drew Barrymore Show You Tube Channel has new digital videos are offered up with segments featuring high-profile guests as well as the series official website here.

So, will you be checking out Drew’s new talk show? Take a look at the promo below.  Then, comment below.