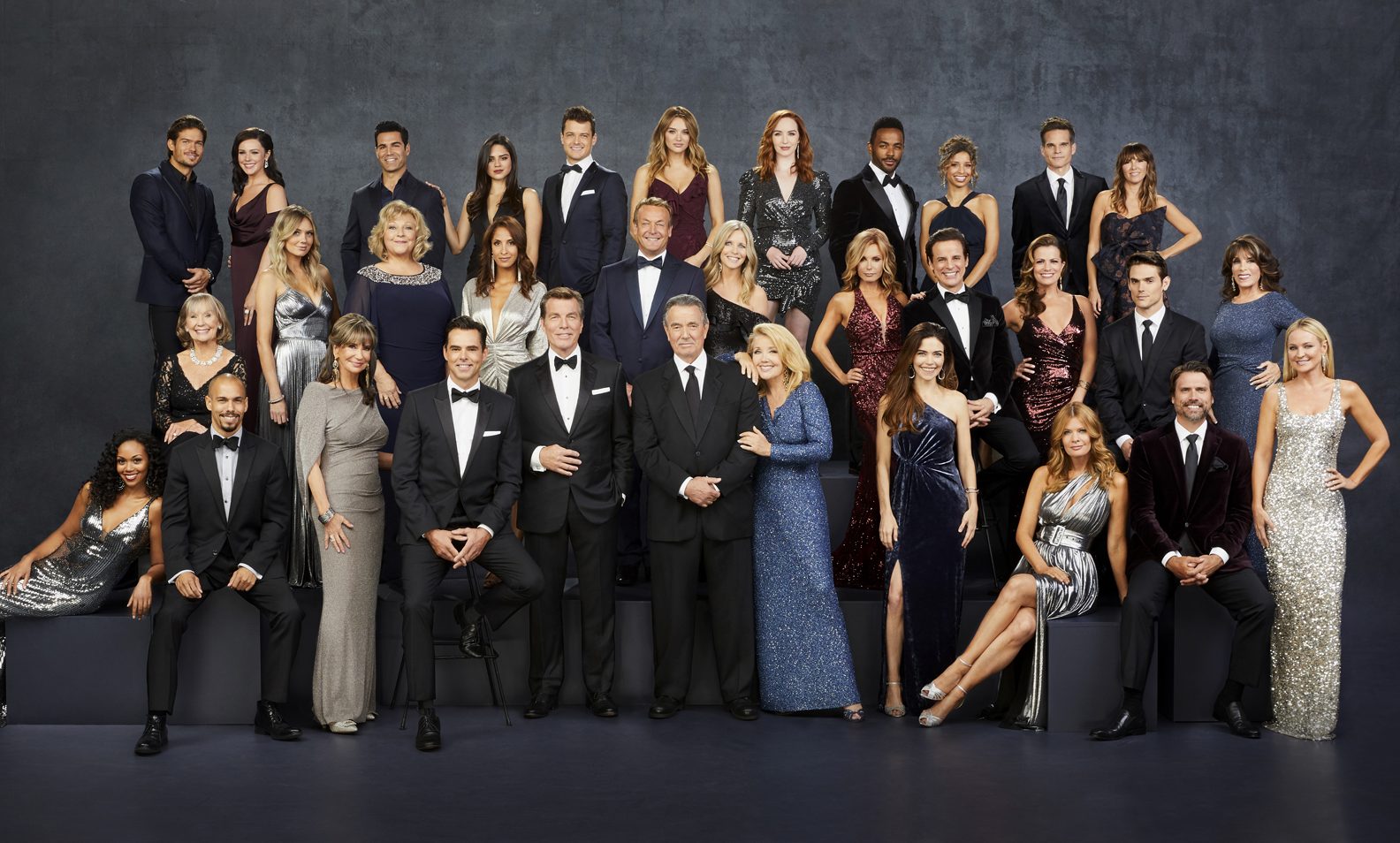 Genoa City will continue to be a top destination for soap opera drama with the news today that the CBS Daytime series has been renewed for four more years, through the 2023-2024 broadcast season.  CBS and Sony Pictures Television made the announcement.  Meanwhile, the show continues to remain the number one soap for a record 31-plus years.

“Having the #1 show for any length of time in any daypart is a tremendous accomplishment,” said Kelly Kahl, President, CBS Entertainment. “But The Young and the Restless has been daytime’s top drama for over three decades. The last time any other show was on top, Ronald Reagan was president, and the Berlin Wall was still standing. It’s a remarkable achievement and a testament to the extraordinary cast, gifted writers, talented producers and supremely passionate fans, as well as our tremendous partnership with Sony Pictures Television.”

“We are thrilled to continue the legacy of The Young and the Restless at CBS, as this renewal will take us to our 50th anniversary in 2023, and beyond,” added Steve Kent, Senior Executive Vice President, Programming, Sony Pictures Television. “The iconic characters created by William J. Bell and Lee Philip Bell 47 years ago continue to captivate audiences in the U.S. and across the globe, and we look forward to building on the dynamic storylines featuring these beloved characters.

So, share your thoughts and congratulations to Y&R for its four-year pick-up today via the comment section below.

FRIDAY: All My Children Icon Susan Lucci To Co-Host ‘The Dr. Oz Show’

Good to hear there will be 4 more years to come.
Also– Days..

Days as I’m sure you’re aware was renewed for the 2020-2021 season. Have not heard anything about GH.

GH is wholly owned and produced by ABC. Renewals are not applicable. It’s not on a season-to-season commitment schedule like the other 3 soaps.

Ahhh, so that’s why GH is always on the chopping block.

I envy how quickly AND often @cbs is renewing Y&R, what a comfort zone.. really, it is,

DAYS fights years .. why should they ?

A change must be coming at the top then, because this “version” of Y&R is the worst it’s ever been.

Nice, but some of the current storylines are blah. Hoping they improve.

Wonderful news! Now if they could just step up the storylines (at least have a few storylines of interest), then all will be right with the world.

What they could do is have Tessa elope with her ex-husband, and Billy develop a fatal peanut allergy.

Oh Dr. Helen, if only! Tessa and her ex are a new low. We should be invested in a brand new character and a girl we’ve seen 3 times in 6 months? Yes, I’m thrilled the show has been renewed; I’m hopeful it will improve. Of course, every time I say that, they bring on another non-actor like Chance. Bring on the Baldwins, including Gloria, Fen, Kevin, Chloe; the Williams; Jill and Esther…and Nina!

This proves these networks dont care or watch soaps. This is the worst soap on TV right now and it got a 4 year renewal!

Timmm, I decided to be hopeful. Then I watched today’s episode where Tessa and Tanner sang. Sang! This is what I deserve after 40-plus years? Since they were singing on an airplane, let’s hope it was well-stocked with airsick bags. I know I was.

Sorry I will still pick Y & R over GH I can’t stand SB or MB and please don’t tell me they are nice people I want to throw up,

The two who you hate anchor the show. They are connected to almost every other character. You have your opinion and your FF button!

I don’t even think they watch

TV shows don’t get renewed based on individual opinions of their quality. It’s about projecting whether they can be profitable. To me, that’s more shocking that CBS would invest in a four-year renewal. I wonder what tricks they have up their sleeves that make them believe it will still make money so far in the future.

Might help the ratings if they get Stafford playing with the grown ups this dressing her in call girl clothes is beyond stupid and her best scene in forever was today with Case they play off each other well it helps if you have a cast member you trust and for all that’s holy let her and Peter have some scenes together they work well together and let’s get Lauren Paul Michael a story they are the ones who kept the ratings up also ! No I am not for another head writer change work with getting JG another writer… Read more »

YES, Kay! It reminds of the scene in MRS. DOUBTFIRE when she tells Sally Field that the dress Sally intends to wear makes her look like a streetwalker. It reeks of desperation and Michelle Stafford doesn’t need it; her talent is enough. Adam and Chelsea? I’ve had enough for a full year, especially of that wicked spawn of theirs. We need Baldwins (including sexy Fen), Fishers, Gloria, Nina, Jill…even Esther!

Oh my god I love this show and Staffords scenes today with case were off the charts ms is a great actress she has been given shit put her back as I said with the grown ups !!! I will always want Nick and Sharon back together but that’s me! If you can’t see the chemistry with Them you are nuts though I adore Jordi he is good people

For the first time since MS has been back her s scenes with Case has been great!! More please they awesome together

I like that Nick and Rey are mutually supporting Sharon.

I truly have not enjoyed Stafford being back then she had scenes today with Case and I remember how good she could be I am all for these two actresses bonding yes it’s nuts but Stafford needs to finally work with someone who she has chemistry with she has been floating out there with stupid wardrobe no purpose and acting opposite amateurs ! I am sure Ordway is a nice woman but she is blah to me maybe just put a few on the back burner for a while I want case and Morrow to find their way back but… Read more »

The final word I want my show back !!!! If you are going to renew it then make it good and have Victor build the old ranch set back I miss it

Kay I so agree with you about Sharon and Nick, I believe they are a lifetime couple, I remember when they started on the show…The GREAT days of Y&R and they are so missed…I also agree about the old ranch set too…Oh let’s not forget the beautiful classic background music…

Conner is wicked. He will be the future Adam of the show. Chelsea can go into hiding forever! I like Fen but not this one. I like the original.