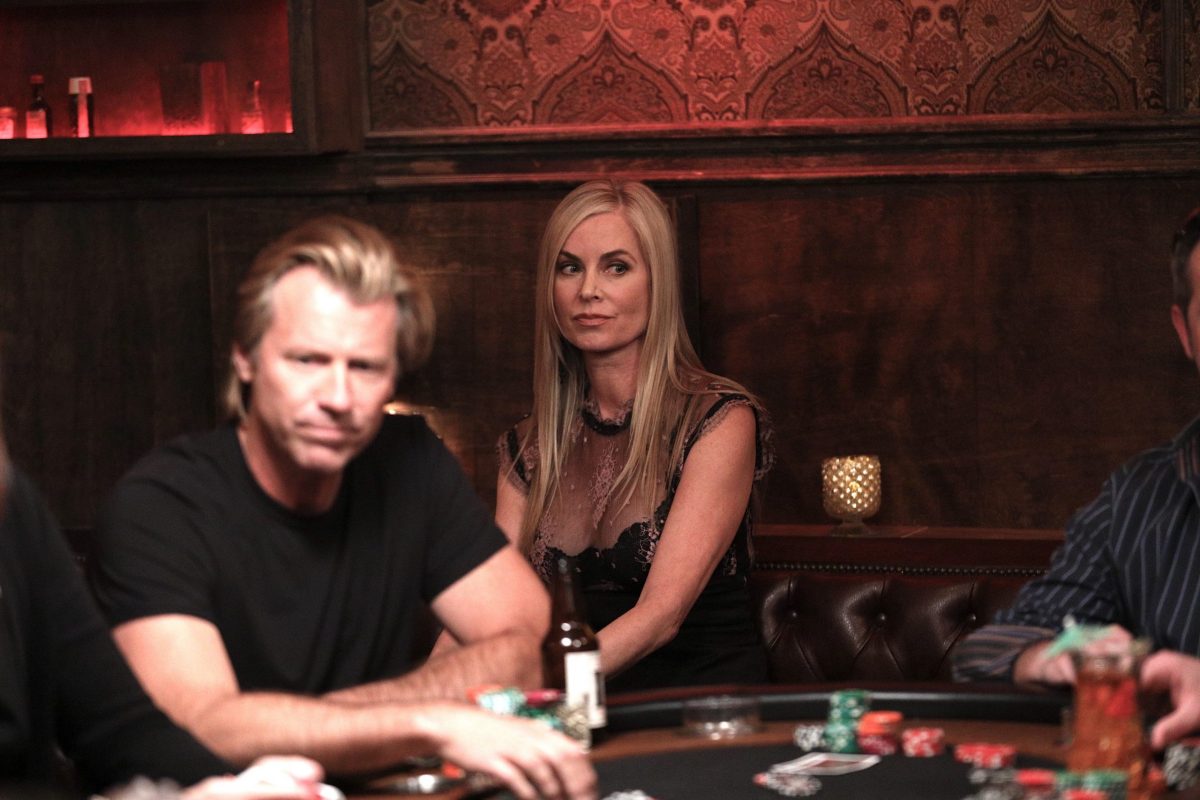 Congratulations are in order to Eileen Davidson (Ashley, The Young and the Restless), her husband, Vince Van Patten, the acting ensemble, and the team behind the cameras of the indie film, 7 Days to Vegas, for taking home a plethora of honors over the weekend during the streaming Garden State Film Festival Awards.

7 Days to Vegas was one of the night’s big winners including: Davidson for her performance in the Best Supporting Actress in a Feature category, Van Patten for Best Actor in a Feature, the cast which includes:Ross McCall, Paul Walter Hauser, James Van Patten, Willie Garson, Lucas Bryant, John O’Hurley, Chad Lowe, Jennifer Tilly, James Kyson, Danny Pardo, Don Stark and the aforementioned Davidson and Van Patten for Best Ensemble (Feature) and the film taking the top honors for Best Narrative Feature.

Due to Covid-19 the event was held virtually this year, but premiered back 2003. Notables such as Glenn Close, Christopher Lloyd, Batman producer Michael Uslan, Austin Pendleton, Kurtwood Smith, James Gandolfini, Clarence Clemons, Bruce Springsteen, Lainie Kazan, Diane Ladd, Laura Dern, Bebe Neuwirth, Armand Asante, Sally Struthers and Ed Asner  have lent their support.  The artistic philosophy of the Garden State Film Festival is rooted in the celebration of the independent film genre and the creation of a forum where local and other independent filmmakers can exhibit their work.

You can check our interview with Eileen and Vince on the Michael Fairman Channel from last year when the film had its premiere below.

REPORT: Sharon Osbourne Leaves ‘The Talk’ with up to $10 Million Dollar Payout

Y&R Recasts the Role of Faith Newman with Reylynn Caster

This isn’t a surprise—Eileen is a powerhouse with anything she’s given. I am very happy for her!!

Y n r should roll out the red carpet for Eileen whenever she rolls into genoa city and not used as a supporting player for Abby and Jack. She should be at Jabot,in the lab, visiting Victor as his confident like they once were and driving story. No matter how often she shows up. Imo she is up there with Eric, Peter and Melody
Too bad Days is so budgeted otherwise I would devour her scenes as Kirsten instead of the current fill in, sorry no offense