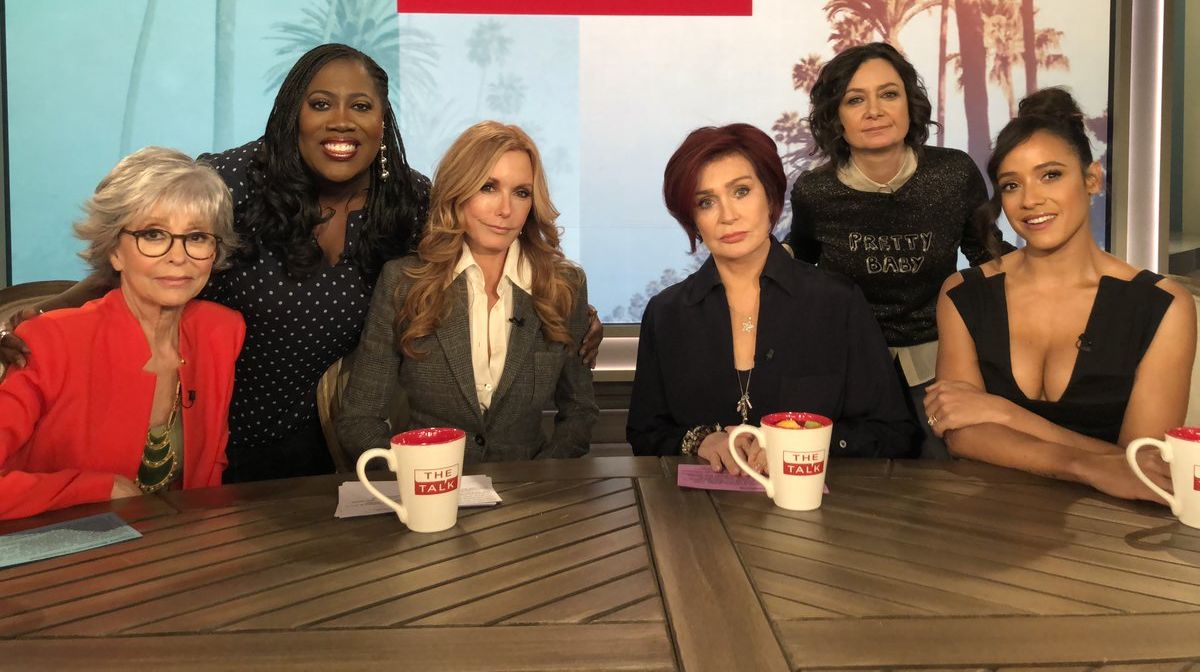 One of those victims who lost her home over the weekend to the fires is The Young and the Restless, Tracey E. Bregman (Lauren). She is among other celebrities such as: Miley Cyrus, Gerard Butler, and Neil Young whose houses in the Malibu area were destroyed.

Bregman made a guest appearance on today’s episode of The Talk, revealing what happened when she found her house had been burned to the ground in a heartbreaking moment.

The Daytime Emmy-winner shared: “It’s been surreal.  It’s kind of hard to wrap your mind around … it’s hard to believe all the family celebrations and everything that I had in there is gone.  I woke up thinking, I actually don’t have anything from my past. I have no notes, or cards, or anything like that. But like Miley Cyrus said, I got my kids out, my animals out, we’re alive.”

Tracey added, “This is my third evacuation since I moved there in 2004.  I got my dog, I was able to pack a bag … grab my Emmy, but my fathers NAACP award did not make it out, and he passed away a year and a half ago, so I’m missing that.  I honestly don’t know where to live, what to do. Luckily, I just bought a little place in Nashville, and I think my whole family, we’re going to spend Thanksgiving, actually with my friends Todd and Julie Chrisley, they invited us.”

Eileen Davidson (Ex-Ashley, Y&R) also reported via social media that she is safe but there eas some damage to her home: “After living for 24 hours thinking we lost our house completely we found out yesterday that we only lost the yard around our house. Sweating it out for the next 48 hours and praying for everybody involved in this devastating and horrific fire. Love to all of you.”

At least 370 structures have been destroyed and two people have died in the catastrophic blaze, which has now spread to 92,000 acres as of Monday.

Celebrities such as: Lady Gaga, Kim Kardashian West and Alyssa Milano fled their houses over the weekend to escape the flames and winds.

Watch Tracey’s tragic story on the loss of her home below.  Then, share your well-wishes and prayers for Tracey via the comment section,

Karla Mosley Back To Work At B&B; Hunter Tylo On The Way Too?

As someone who lived and worked in Simi Valley and Thousand Oaks and visit Malibu twice yearly, I’m heartsick over these horrific fires. Seeing Tracey B. and these other folks losing their homes and the possessions that can’t be replaced makes it even more painful. I wish I could take away their pain, and I’m not even addressing those who died in Malibu and the other fires, probably amidst fear and panic. What a world. My prayers and well-wishes are precious little but they’re all I have at this point. It’s a time to band together once again… it seems… Read more »

gosh , “thank you” ^^^^^ for the very nice sensitive read. it’s staggering how many “forces” of Mother Nature; are “My prayers and well-wishes are precious little but they’re all I have…” I echo this; and hope that the human spirit will rebound as a CA resident; we “fear” the big one… as all of CA does experience the tremors, fault lines, and shake… ALL living along the pacific ring of fire Yet with all the drought CA experiences… “FIRE” is our lot in life tornado in the mid west hurricane in the east coast, adding to this all the… Read more »

So very sad for her and her family…hoping you find some place to stay that gives you comfort until it’s time to rebuild or move etc. No one can ever really understand, until it happens to them. As hard as it all is…you have what’s most important, and you have your memories. Start writing things down again….memories…one by one. Much love and hugs to you…Kristyl of La Quinta.

Tracey, my heart breaks for you and all the other’s affected with the horrific fires in all of California…I know you will be ok and as you know take one day at a time…Like you mention along with Miley Cyrus, you all are safe and alive…GOD BLESS you Tracey and all the others along with all the first responders in helping with fighting the fires.

I am so sorry for Tracey and all the other victims of this tragedy. Nobody deserves to get this. I know Tracey is a strong woman and she will get through this. It still sucks that she has nothing to show for her past but what’s key now is that she and all the others move forward.

whoa! Who is the gal on the right? I think her top is too low-cut.

I’m sorry she couldn’t get her dad’s award. It’s all so sad.

I’m so sorry for you and all your community neighbors who have suffered such a devastating loss. My heart breaks for everyone effected by this.

Replacing a house is difficult and can be done. But,the memories and so many other precious pieces lost are the hardest to cope with. That would be devastating for anyone. I feel and understand your pain.

My deepest condolences for all that have endured this tragedy.

Best wishes during this arduous journey.