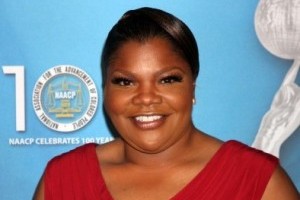 Looks like another talk show is being prepped by ABC and it’s syndication arm for launch September 2014, and this time it’s with Oscar winner, former BET host, and comedienne, Mo’Nique with hopes perhaps to be the next Oprah Winfrey, according to the Hollywood Reporter?

According to the item, “The show, expected to be aimed at the daytime audience, has not yet been given a firm go, but it is being developed by Vicki Dummer, executive VP current series and specials, for the ABC Entertainment Group.

“If she aspires to be the next Oprah Winfrey, Mo’Nique will have a lot of life experiences to share. She has spoken publicly about being molested as a child as well as her open marriage with her husband. She has a son from her first marriage and twins with her current husband.  Like Winfrey, the 45-year-old Mo’Nique has had to deal with weight issues. In April, she said she lost 85 pounds. She has shared her diet and exercise program with her followers on Twitter.”

Clearly the days of hopes for more soaps to return to the ABC Daytime line-up are all but dashed, as the network and all networks continue to give more options in the daytime talk arena for the daytime audience for their programming choices!  So. what do you think of a Mo’Nique talker? Would you watch? Share your thoughts below!

Don’t watch any daytime talkers now, this won’t change that. Thanks, but no thanks.

ABC/D could put a talk show on hosted by the Good Lord himself and soap fans wouldn’t watch it . I only watch ABC for GH. Oh I forgot you don’t like it when we post to say that. I’m bad!

Never heard of her!

Not watching Katie – turning off the mainstream media.

Their not going to force feed me celebrities of their choosing.
It shows you their way of thinking (lets find a plumb minority – yea the pulic will love that)

ABC will keep GH to have a soap as the other networks do, and it is doing very well.
ABC will never bring back AMC and OLTL or any other soap, ever.
Soaps are very expensive to produce and talk shows are cheap and a dime a dozen.
Daytime is struggling to stay alive/profitable.

not good news at all. i smell a cancellation for gh. hopefully im wrong. i love gh, but i don’t trust abc at all. they will stab us in the back yet again.

abc needs to sign general hospital to a 2 or 3 year deal now. abc wants more talk shows again. enough with this crap. we have too many talk shows now. i know there cheaper to produce, but we want gh to stay on tv. i still don’t trust abc. if they cancel gh, i will be so mad and the viewers need to watch gh. the ratings are really really good now.

Too.many talk shows as it is. Nothing left to talk.about..Boring.

Think they would get a clue its already over saturated with talkers.I go cable in the daytime to get away from this crap…Wasn’t for GH never turn on the big four in the daytime..Burned out on talk show.Need a break from them…

too many talk shows. all boring,

They Gonna cancel The Katie show, Katie will be added to “The view” and then Mo’Nique will get Katie’s old Time Slot…DUH!

That was my thought too Jason!
However, if they think we’ll watch Mo’Nique over Katie, they really have their heads up their asses! One of these days TPTB will buy a clue and realize there are WAY too many talkers out there.

Queen Latifah has a talk show.. Now Mo Nique.. Who’s next???? So boring! I don’t watch talk shows . I watch GH ! So sick of talk shows.. Seems like everyone is getting a talk show these days… Enough already! Don’t like blah,blah,blah! I watch drama and stories on GH! That’s entertainment. Don’t need anymore talk shows ! This talk shows are getting old…Too many coming out of the wood work..

Good luck on your new talk show. Nothing works for you. ABC is doomed. Another Oprah, they thought Katie would be another Oprah. Maybe this is racism.

What a waste of airtime.Actually think she even have worse ratings then Katie.Katie is bad enough for her price tag.Six month at the most.

No offense to the star of this talker, but PLEASE!, spare us another talks show. Ugh!

Can’t stand talk shows. Some used to be mildly interesting a few years ago, but now??? Too many people I don’t know about, or care about, giving their opinions, talking about all the same things, most of which I don’t care about… food, weight, abuse, pop stars, themselves, etc. All the more reason for soaps to get us away from the “real” world for a while.

Is there really a gaggle of fans out there begging for Mo-nique?

ABC seems to be really narrowing down the choices.

But not cable and the internet!!!

Someday a brave programmer will resurrect the daily soap concept and the network will flourish… but not in my One Life To Live, I’m afraid to say.

Can daytime TV get any worse? Seriously, who watches these talk shows? I don’t watch daytime tv anymore. I use to AMC, OLTL, and GH. I don’t even watch GH anymore.

Bring back the Gong Show instead…lol