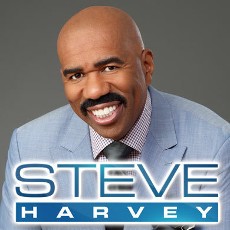 The overnights for the first two days of the new line-up of daytime talks shows has come in. And now via TV Media Insights, while the first two days may not spell the actual path these shows will take and if they will succeed or fail,  there are a few pieces of information and good data to glean from it!

So here we go: “Using the two key benchmarks – lead-in and year-ago time period average – Katie Couric from Disney-ABC remains the top-rated and Steve Harvey continues to impress. Ricki Lake from Twentieth Television perked up among women 25-54, but Jeff Probst from CBS Television Distribution nosedived from its already lackluster opening levels.  Based on the weighted household averages from Nielsen (primary telecasts only), Katie averaged a 2.3 rating/7 share in the overnights on Tuesday (in 52 markets), which dipped by 18 percent from the 2.8/ 8 for its debut on Monday. The lead-in was a 2.4/ 8 and the year-ago time period average was identical at a 2.3/ 7 (and Katie outdelivered No. 2 Steve Harvey by 64 percent). But results among women 25-54 (1.0/ 6) did, however, dip by 23 percent from both benchmarks.

We will bring you the two day totals for General Hospital later today, which moved in to its new timeslot with an impressive 2.5/8 in households on Monday.  So have you checked out any of the daytime talkers and compared them? Let us know!

Claire Malis Callaway, Ex-Dorian One Life to Live, Has Passed Away!

No, have not checked them out, nor will I ever. It’s GH (and OLTL if it ever comes back) for me and nothing else.

And if we lose GH, then daytime tv will have lost another viewer.

I have watched Probst, and IMO, there is alot of potential. I like his style, he’s a good talk show host. But this show was not marketed well, it should have had bigger promos over the summer. And as for the show itself, again, it’s got potential, but they do WAY TOO MUCH in one episode. Three stories, and three little fun things. That’s too much, it really is. I hope they re-evaluate and re-tool it and that it has more of a chance, cuz I like Probst, but this show in its current format is not doing it for… Read more »

nope just gh and have no interest in any of the talk shows. i would prefer all my abc soaps to return.

I LOVE THE RICKI LAKE SHOW. I THINK RICKI WILL LAST FOR A LONG TIME, KATIE COURIC LOOKS LIKE A HIT. SHE SEEMS COMFORTABLE IN WHAT SHE IS DOING. AS LONG AS GENERAL HOSPITAL IS STILL ON THE AIR. THE RATINGS WILL HOPEFULLY GO HIGHER AND HIGHER. BRING ERKA SLEZAK AS VIKI FOR A VISIT.

Soap fans continue to bash Katie Couric as if she was the one to cancel AMC and OLTL. Get a grip folks because if it wasn’t her show it would be something else as ABC clearly want out of the soap business. I’m not a fan of Katie’s but I don’t have anything against her either. So people can root for her show to fail all they want because no matter what happens, they will NOT be bringing back those two soaps and GH will still most likely get the boot in a year.

I never liked Katie on Today but tuned in for CBS news, still didn’t like her
and giving one more chance, tuned in to latest, “Katie”. Nothing new there.
Same-old-same-old. BORING, have never watched a full episode.

This show will never make it. Okay for a mid-afternoon nap.