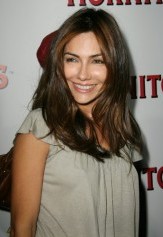 In celebration of Vanessa Marcil’s return to General Hospital as Brenda Barrett on Wednesday, August 11, special Brenda programming takes over on ABC Daytime and SOAPnet the week of August 9.  General Hospital will own the ABC Daytime drama block from 1:00-3:00 PM, ET on Tuesday, August 10, with classic episodes featuring the men in Brenda’s life (Sonny, Jax and Jason). Additional programming and digital events include special retrospectives, a SOAPnet marathon of classic Brenda episodes, hosted wraps, a countdown of the 25 key Brenda moments, timelines, photo galleries and trivia quizzes.

When we last saw Brenda, Jax had left her at the altar and, as a result, she left town. Now Brenda’s return to Port Charles comes at a time when the three most important men in her life – Sonny, Jax and Jason – are all in crisis. Brenda’s in trouble herself – when is she not? – possessing an explosive secret. She has no idea of the havoc this indiscretion will wreak or that she’ll send the lives of loved ones hurtling into chaos.

July 17: SOAPnet’s 25-day countdown to the return of Brenda Barrett begins: Each day leading up to her arrival, a key Brenda moment will be revealed:  Every day, starting on Saturday, July 17 and leading up to her return on August 11, fans will see key Brenda moments on SOAPnet. Some of the moments will include Sonny learning Brenda is wearing a wire; Sonny and Brenda’s famous kiss on the beach; and Sonny leaving Brenda in the rain. The complete list of 25 Brenda video moments will be available on ABC.com and SOAPnet.com starting August 10.

August 6 & 9: Original “General Hospital” episodes feature Sonny remembering special moments with Brenda Barrett:  3:00 PM ET ABC / 10:00 PM ET SN: Facing estrangement from all his major relationships, especially from his children, Sonny finds himself reminiscing about Brenda and longing for a past, simpler life that allowed him to love as completely as he did once with her. On Friday, August 6, we leave Sonny on the docks thinking about Brenda — and he flashes back to the time he helped her lug a heavy suitcase.  Mistaking Claire Walsh for Brenda on August 9, Sonny tries to distract himself from his memories of her by pursuing Claire. However Sonny still cannot get her out of his mind – and he remembers the first time he told Brenda he loved her.

August 11: Brenda Barrett Returns to “General Hospital”:  3:00 PM ET ABC/ 10:00 PM ET: Brenda appears on the “General Hospital” landscape as the face of fashion house Cartullo, only to be attacked by a dangerous stalker.

August 15: SOAPnet marathon: “The Best of Brenda and Sonny,” with special appearances by Vanessa Marcil and Maurice Benard:

3:00 PM – “General Hospital” Episode #8105 (OAD December 2, 1994) – In Puerto Rico, Sonny and Brenda escape on a boat and end up washed ashore on a beach, where their relief turns to passion. The two then hurry back to Miguel’s (Ricky Martin) concert to warn him that he and Lois are in danger.

4:00 PM – “General Hospital” Episode #8688 (OAD March 7, 1997) — Trapped in a cave and thinking they’re going to die, Sonny and Brenda admit their feelings for each other and make love as Jax and Jason search for them.

The complete list of the key 25 Brenda video moments will be available starting August 10. Fans can log onto www.abc.com/generalhospital and www.soapnet.com for more info.

So, now are you ready for the fantastic Vanessa to turn up the heat some more on GH? We are!

ATWT's Marie Wilson joins the cast of The Bay!

Brenda, Claudia what’s the diff? They tried this when they brought back Sarah Brown, see how good that worked? Not Good… This is another atempt at the inept writing leader Mr Guza and his even worse writing staff, ever since the unpairing of Kate & Sonny, Jason 7 Elizabeth the GH ratings have “SUNK”, yet TPTB continue to go on with very bad & stupid s/l’s. The Brenda retuen does not excite me it proves that GH has really sunk, I will bet this will not work, this is going to futhur ruin the daytime drama, I fear the in… Read more »

i think the reason why the Sarah Brown stuff didnt work is cuz anyone that watching GH for more then 5yrs was like they brought back Carly to play someone else then they tried to connect her to everyone in a s/l. with Vanessa she is reprising HER role.. they dont have to make a s/l for her to make connection to the cast Brenda has connection to everyone on the canvas save the newbies(Olivia, Kate,Johnny, Dante, Ronnie) an that will work in their favor. however i do agree the Franco/Michael s/l was is just stupid

Sometimes I hate leaving comments or even visiting message boards b/c posters can be so unbelievably immature, ridiculous and rude. Just so much negativity! So let me say this. I’ve watched GH since 1992 so I’m excited that GH is attracting both legendary soap stars such as VMG as well as movie stars like James Franco. I want the soap opera genre to succeed and I don’t think by calling the show that I like “crap” is going to exactly help anything. What’s the point in watching if you hate it so much? Sounds like sadomasochism to me. I guess… Read more »

What makes you think that the whole world should revolve around Brenda. You took All My Children off on Tuesday for that. AMC is the only soap that I watch. Why should GH take top preference over the rest. Who cares!!!!!!!!!!!!