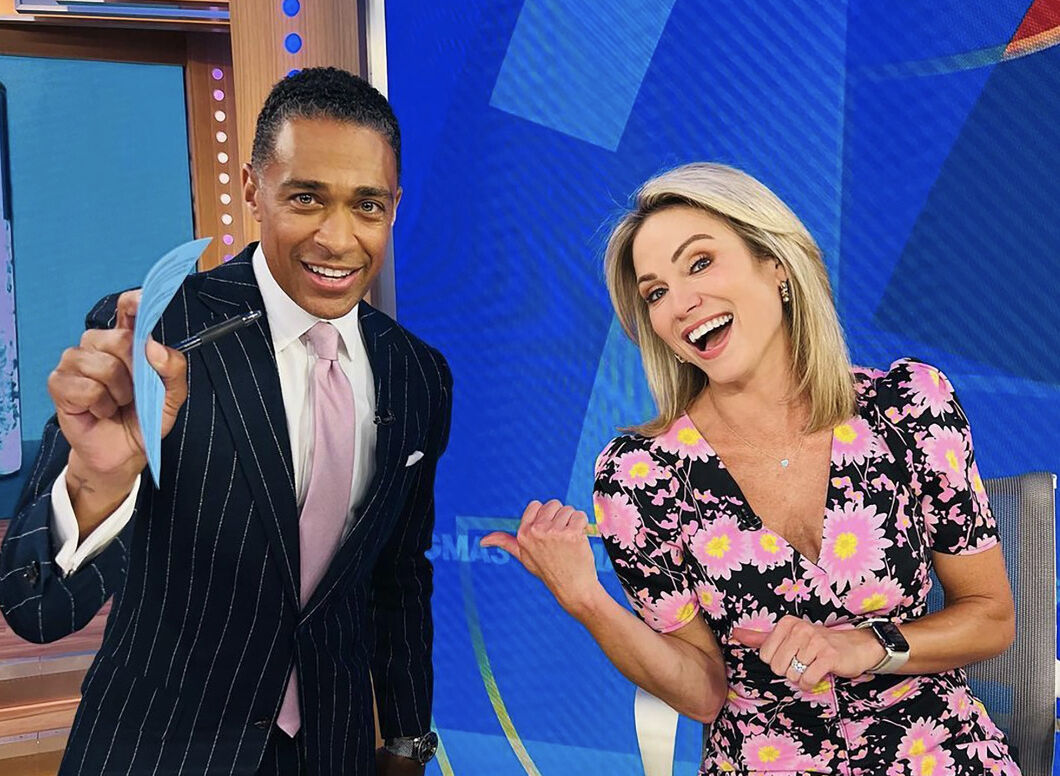 More fallout from the scandal involving Good Morning America anchors Amy Robach and T.J. Holmes.  After the duo, who have been allegedly having an affair, were removed from the morning show temporarily, now comes word they won’t return until ABC News has completed their internal investigation on the matter.

According to a memo obtained by E! News, that circulated on December 12th, ABC News president Kim Godwin shared that Robach and Holmes, “will remain off-air pending the completion of an internal review.”

She added, “I understand that the continuing coverage can be distracting from the incredibly important work our team does here at ABC News. It is my hope that we will continue to focus our energy on what we do best, and I want all of you to know how immensely proud I am of your hard work and professionalism.”

Godwin shared until the investigation is complete and final decisions are made, GMA3: What You Need to Know, will feature a “rotation of anchors for the time being.”

Robach and Holmes have been sidelined since the network was caught by surprise when the Daily Mail released photos of the two looking quite cozy and romantic in an upstate bar in New York.

Currently, Gio Benitez and Stephanie Ramos have been filling as co-hosts of GMA 3.

The romance of Robach and Holmes has not hurt the GMA 3 ratings.  In fact, on December 1, the day after their affair came to light, the show had an average of 1.81 million tuning in which was a marked 11% increase from the average of the three broadcasts prior. That was followed by a viewership of 1.71 million on December 2nd.

By the time GMA 3 was being anchored by Gio Benitez and Stephanie Ramos, the show had averaged 1.67 million viewers, which was the same as Robach and Holmes last episode before they were temporarily pulled off the air.  The next day of Benitez and Ramos saw a rise to 1.74 million, but by Wednesday, it had down-turned slightly to 1.68 million.

So, what do you think of the latest update from ABC News, that Amy Robach and T. J. Holmes will not be back on the air until an internal review is completed from the network? Comment below.

“Internal Investigations” never end well. I say this as the subject of the first such “internal investigation”, way back when in Heaven.

I don’t watch GMA 3, but those of you who do… prepare for it’s cancellation by the tie this all plays out.

This shtik is getting tiresome.

ABC used to be the “Love in the Afternoon” network… remember that promo for the string of their soaps in the 80’s ? Honestly… good for them for putting some love back in the afternoon since ABC took away our soaps !

I liked the two of them together. They were good co-hosts. I didn’t know they were sleeping together. Who cares, everyone in Hollywood cheats anyway!

I agree with you . I like them two together also . I don’t care if they are sleeping together. I wish they both can come back and work together

Enough already, we’re tired of the drama. Give the people back their jobs, they are consenting adults.

Roo,
Right you are. There are a lot worse things seen and heard, consensual and not that go on in the entertainment world and probably our own lives as well.If they are hurting anyone,it still is not our business, We Are Not Our Brothers Keeper. In this day and age, everything and anything seems to be the right thing and you’re called names if you don’t agree, so why are people getting their britches in a twist, it’s all good, right?

Have you ever worked with a couple in a relationship? It can be a nightmare if one or both of them is having a bad day or upset with one another. Especially if they are in leadership roles. This isn’t about policing what they do in the bedroom, this is about making sure all the OTHER people who have to work on the show have a decent working environment, which is ABC’s responsibility. Many, many companies have rules about co-worker relationships for this reason. I feel bad for the staff having to endure this drama.

Seems like TJ is the whore of GMA. Don’t know why anyone would want to be involved, let alone, married to him.

Seems ridiculous to me shouldn’t affect their jobs

Why do these viewers like this mess!!! Amy giggling and wiggling in her chair like a teenager, not like a woman with dignity and professionalism!!! When discussing the weekend, she looked so stupid, grinning, twisting around in her chair!!!! Just not thinking that her children might see this!!!! Absurd!!!

I am definitely a fan of TJ Holmes and have been since his days on CNN! I was so happy when he went to ABC! He’s funny and professional and such a great dresser! I have been a fan of GMA, ABC News, Nightline, all things ABC and was a fan of the ABC soaps until they went off the air. I will no longer watch the 3rd hour unless they bring TJ back. I don’t believe the personal lives of TJ and Amy should have any bearing on GMA3 as long as they stay professionally engaged and are doing… Read more »

No one cares their sleeping together. Let them go back to work. It’s their business.

I agree with you . I feel the same way!

Do not bring them back