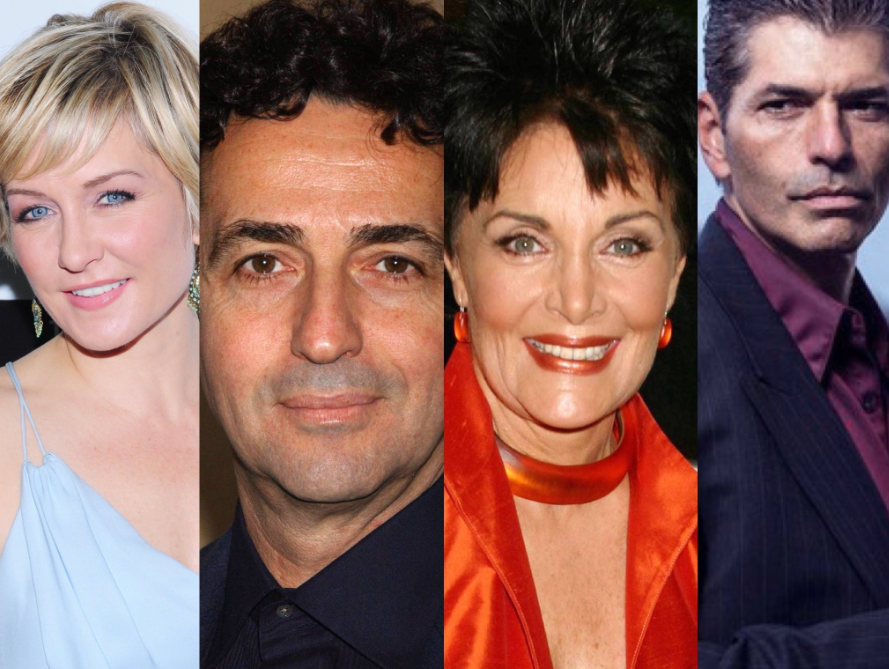 Looks like former ATWT and GL publicist, Alan Locher has dipped further into the former P&G soaps talent pool for another livestream online reunion that is sure to please longtime fans of Bay City and the beloved Another World.

Look for the one and only Linda Dano (Ex-Felicia), her longtime friend and co-star Stephen Schnetzer (Ex-Cass) along with Amy Carlson, (Ex-Josie) who went on to a primetime TV career (Blue Bloods et al) and fan favorite Joe Barbara (Ex-Joe) to be together again for the first time, virtually.

The livestream is set to take place this Thursday, April 30th  hosted by Locher on his You Tube Channel here.  It all begins at 2 p. m. EST/11 a.m. PST.

Many daytime fans remember the drama families, friendships and romance of Another World, and were heartbroken when the series was cancelled by NBC and aired its final episode back on June 25, 1999, after 35 years on the air.

Have questions ready for this fab foursome this Thursday and join the chat.

So, excited to hear that AW stars on tap for a virtual conversation? Still miss Another World? Comment below.

would had been nice if Vick W-who played Rachel took part,,,i was more a fan of the early early years 60s/70s tho i watched up until Frankie Frame was killed off…i like the show more now in the latter years-mid 80s to the 90s than i originally did as i watch some of those eps now on youtube…

What ever happened to Victoria Wyndham?

She was much younger than I ever imagined! She was only 54 years old when the show went off the air!!! Maybe because she was with Mac who was much older….or because she played the matriarch for so long…or her very…um…unflattering haircuts. I miss her and all of AW!!

Wow! Thought she was older than that.

Soap Gawds! I am now in Soap Heaven. All I Need is the fog and some flashbacks.

Wonderful, wonderful news! ANOTHER WORLD was and will always remain my favorite soap of all time. This is just thrilling news to me!

Alan’s chit-chats with stars of dearly departed soaps has been THE highlight of this quarantine. I absolutely look forward to watching each one.