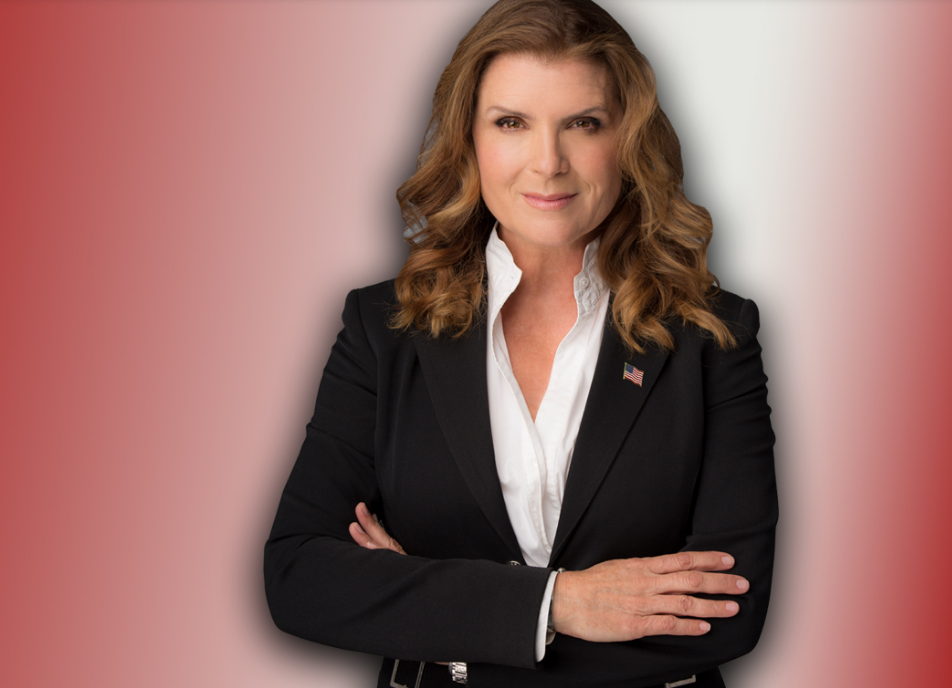 Last night in the California Primary, Kimberlin Brown (Sheila, The Bold and the Beautiful) advanced for her bid for a congressional bid in the House of Representatives.

Brown, who is going by Kimberlin Brown Pelzer, as her political name, advanced in the “Jungle Primary” in the state of California, where the top two vote-getters regardless of party affiliation move on to the general election in the state.

For Kimberlin, she came in second as the republican nominee in California District 36, where she will face off with Democratic nominee, Raul Ruiz, who received the most votes.  As of 11am PST on Wednesday, Ruiz received 54.7 % of the votes tallying 39, 527, while Brown Peltzer had 22.9% of the vote with 16,539 votes.

The district to which Brown Pelzer would be representing would include: the Palm Springs, Palm Desert, Indio, Coachella areas and other desert cities, as well as eastern Riverside county.

For more on Kimberlin’s views and political efforts you can visit her website for further info.

So, what do you think of Kimberlin moving on for the chance for a seat in congress? Comment below.

Doesn’t look like Sheila will be seen anytime soon on B&B.

Well done, Kimberlin! Good luck in November so you can go “Full Sheila” on the DC Swamp!

Trump has pretty much over filled that swamp with his own swamp creatures and he’s the biggest swamp creature of them all. It is more corrupt, more pay to play than it has EVER been before. And you must know know this. I mean, come folks, you who supported Trump. have you woken up YET?

We woke up when “Slippery Bill” was caught red handed! Now he is out pimping a book!

And still waiting for the “#MeToo” moment he so richly deserves!

You only brought this thread up so KB could be attacked sheciscin a liberal district she is running against a Hispanic who promises the moon and the stars I love the state of California but you ought to join Mexico you are that ignorant ! KB kudos to you fighting the good fight but California is Mexico good luck

K, nail on the head! In the past, these posts lead to nothing but name calling to get traffic and THEN Mr. Fairmen stepped in and threatened to shut this down. Which way is it going to be? I try not to be cruel and make a point but I find that today half of America is STILL angry that HILL didnt get in office and the rest of us have to pay? If she was such a good candidate why wasnt there a landslide on election day? Just saying. KB, you may never act in Hollywood again but good… Read more »

Absolutely, Timmmbo! By the way, I sent you a “right back at ya” on the virtual hug, and it didn’t post! I also cited examples of utterly mindless, documented things that Dems have said in recent years—-including those famously attributed to the last president and veep—-in response to the notion that Antonio is the stupid one who’s lacking in mental faculties, but that didn’t make it online, either! Seems that once a premise is refuted by actual facts, it’s time to close down the discussion. Hmmmm…

Censored? THATS why I dont understand why MF posts anything political concerning Ms. Brown or Mr. Sabato Jr. Its never going to end well. All these haters will have to suck it up and tip their hats at the job Mr. Trump did in Singapore! Luv ya Shay!

You are so right, Timmm!…Yet, I still feel the urge to comment so that the pro-Trump side is represented! Yes, the Singapore Summit was a smashing success! Next stop, Stockholm, to pick up his Nobel Peace Prize! As for the man himself? Happy Birthday, Mr. President! And thank you for MAGA!

Exactamente, k/kay! And don’t think that the opposition’s strategy won’t include playing the race card. Not to mention, so much for that famous notion bandied about during the 2016 election that “There’s a special place in h#!! for women who don’t help other women!” Uh, not when the female in question is running as a Republican!!! Then all bets are off…Go Kimberlin!

Meanwhile, the tax-payers are never promised the “moon and stars”-they are only stuck with the bill!