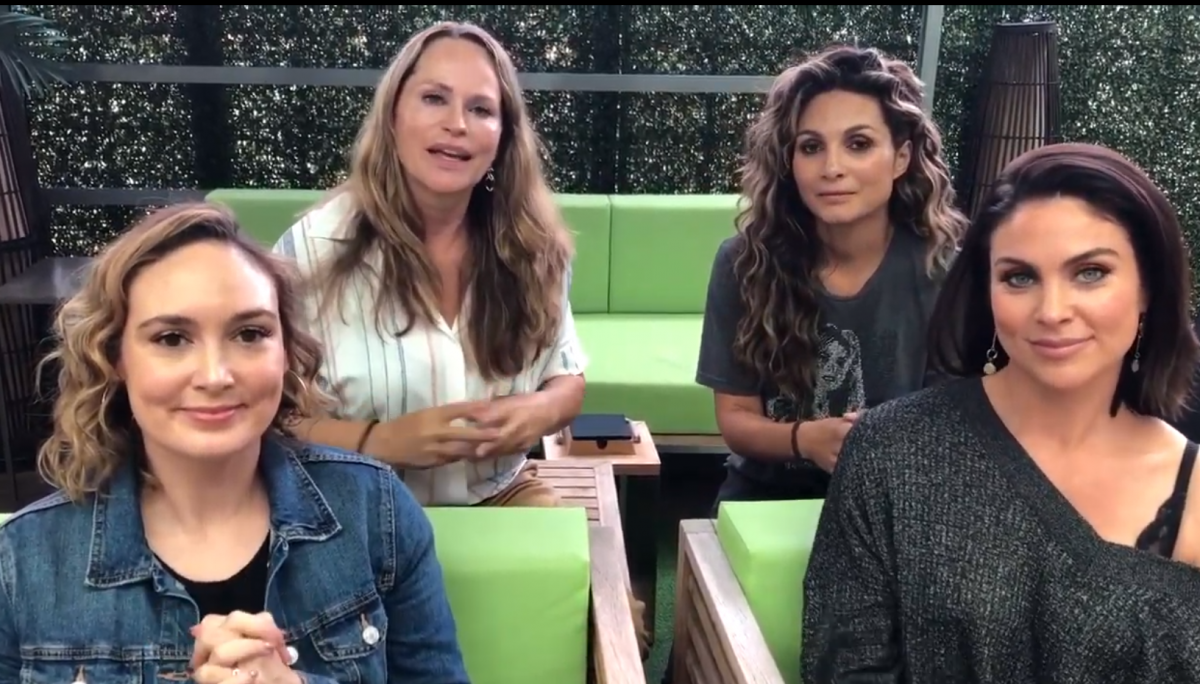 A few years back, Beacon Hill was one of the most talked about web series for its soapy cast and bringing same-sex romance, political scandal and familial drama to the table.  And now, it appears after a four year wait\ the creators and the cast are ready to go back into production for its second season.

In order to do that, the producers are driving a crowdfunding campaign via IndieGoGo to raise funds to make their planned production a reality.

The series promises longer episodes than season one, and it will finally deliver to fans the reveal of that cliffhanger: “Who is at the damn door?”

As of Sunday night, there are 43 days left to donate to the fund to help make Beacon Hill second two come to life so they can shoot the series in New England.

Check out this video below from Chappell and company that was released over the weekend. 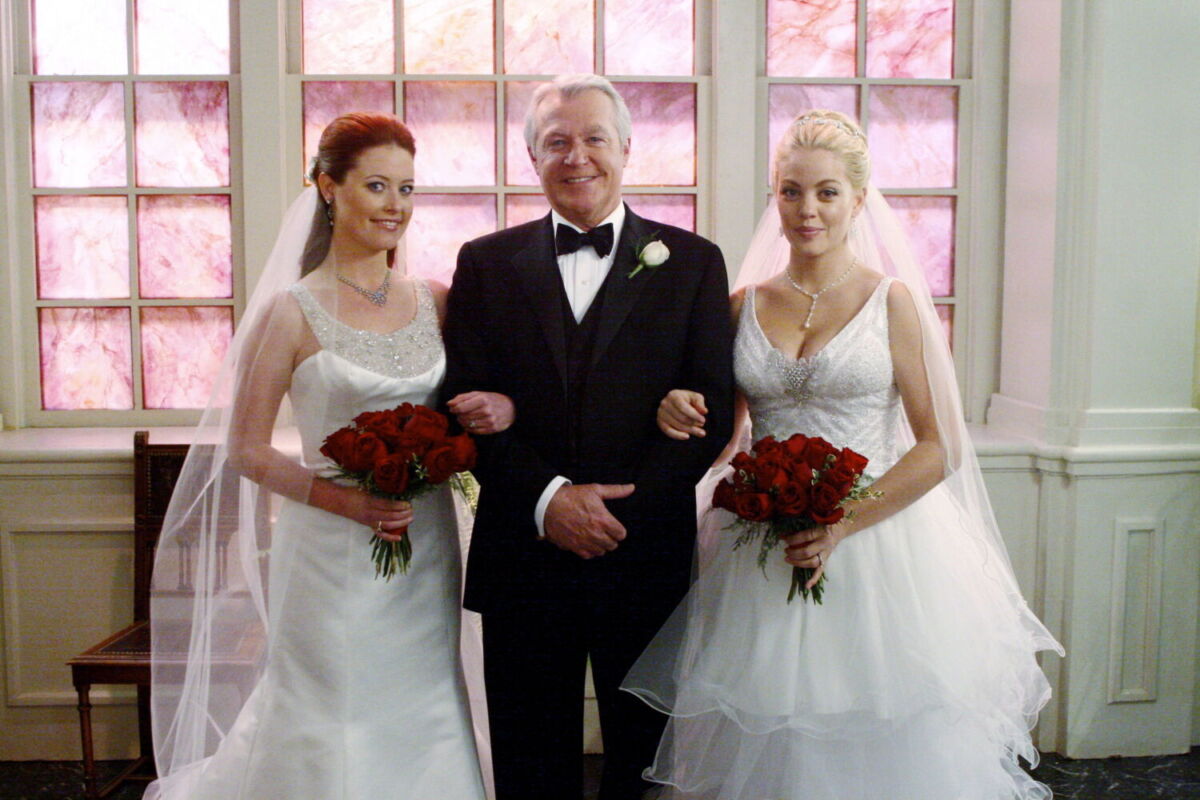 Over the last 24 hours, tributes have poured in on social media for beloved soap opera veteran, Jerry verDorn (Ex-Ross, GL and Ex-Clint, OLTL) who passed away on May 1st.

The two-time Daytime Emmy-winning star, was one of the most genuine people you could ever meet and work with as noted by so many of his former colleagues from Llanview to Springfield.

Michael Fairman TV will continue to update this post as more remembrances for Jerry continue to be shared and posted.  Here is just a sampling of verDorn’s impact on the lives of those who worked with him in front of the camera and behind the scenes: 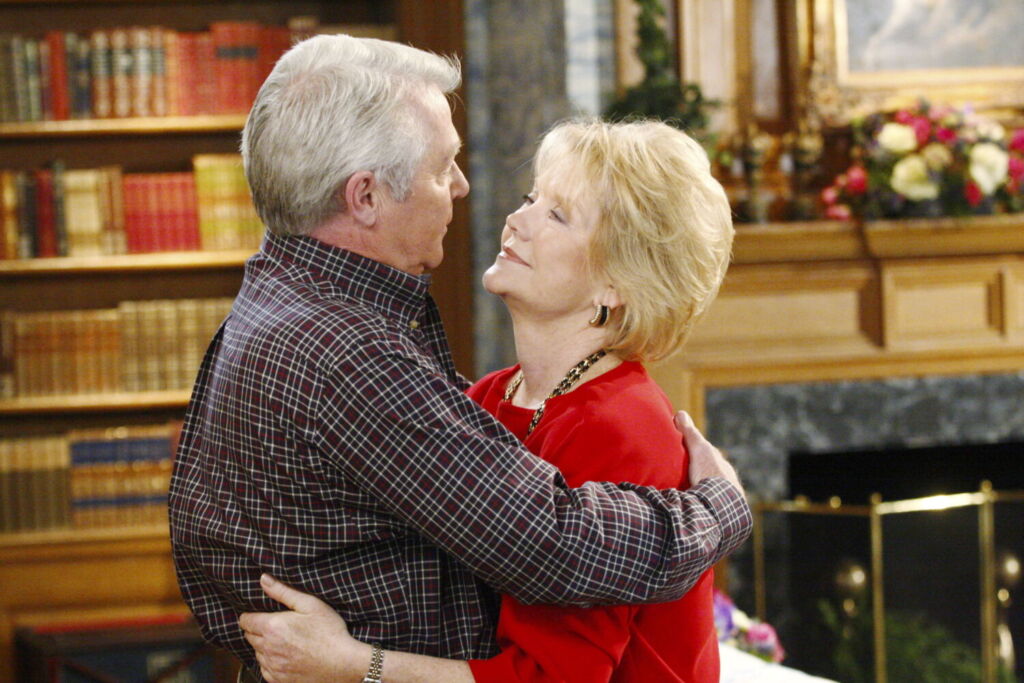 Erika Slezak (Ex-Viki, OLTL) statement to her Fan Club: “For anyone who knew Jerry verDorn, Sunday, May 1st, was a heartbreakingly sad day.He was a man of such warmth and kindness, talent, intelligence and most importantly humor, that every day spent working with him could hardly be called work.  It was joy.  He so loved what he did and was so very good at it. I was the very lucky recipient of his last 8 years in daytime and I thank God for that. “He made every day one to look forward to. I will always think of him with that lovely, rather impish, smile on his face, and that will stay in my heart forever. I know that he has gone to a peaceful place, with no pain.  I send my love and deepest sympathies to Beth and their sons and their families, of whom he was so very proud. They have lost a great man.”

Melissa Archer (Ex-Natalie, OLTL) expressed: “I’m heartbroken to hear of Jerry VerDorn’s passing. I have so many wonderful things to say about this man, but I’ll try to keep it brief. I had the honor of playing his daughter on oltl. He was genuine from start to finish. A giving actor, a caring coworker, funny, talented, and full of smiles. When he took over the role of Clint, it was seamless. It felt as though he’d always been there and he formed family bonds with all of us quickly. His family are in my thoughts and prayers.”

Bree Williamson (Ex-Jessica, OLTL) shared: “I am devastated to hear about the death of Jerry. He was a wonderful man and I am so grateful for the time that I spent with him as my TV father. He was a talented and generous actor and a kind and gentle man. He made it effortless for me to feel close to him and to love him like a dad. I enjoyed everyday I was lucky enough to spend with him and I will hold those memories of him in my heart and mind forever. 💔💔” 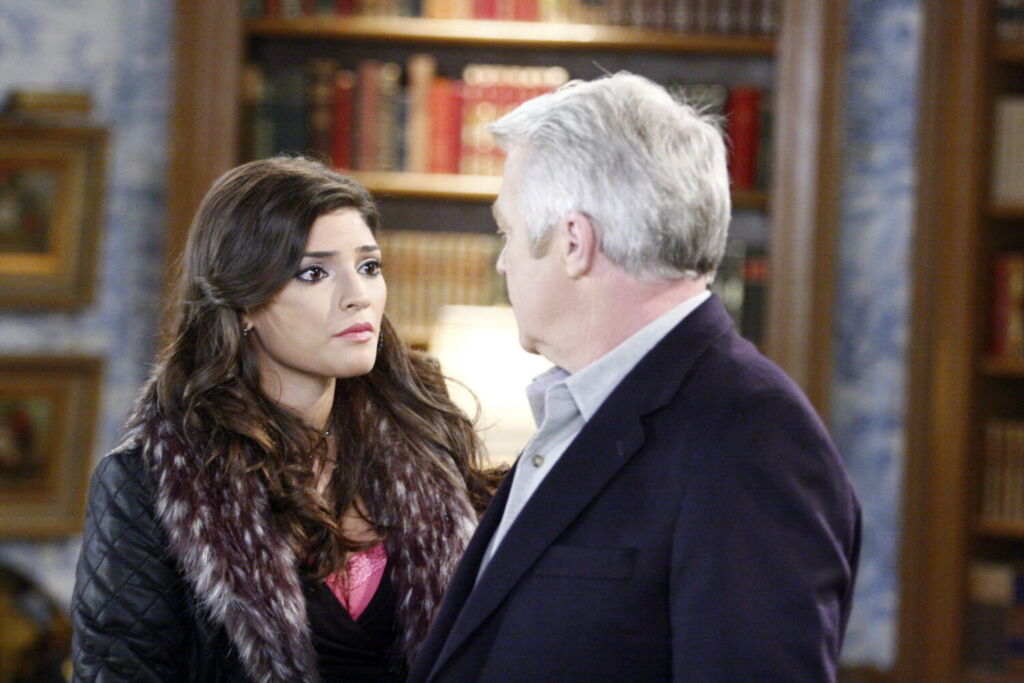 Amanda Setton (Ex-Kimberly, OLTL, now Brook Lynnm GH) said: “I am so very sorry to hear this news. I was so fortunate to have worked with Jerry early in my career. I learned so much from him. I remember we would often run lines in his dressing room, classical music playing and all. His preparation and commitment to his craft was inspiring. He was an incredible actor, the consummate professional; prepared, present, supportive, and kind. He treated everyone with such respect and admiration. We have lost someone special. I am holding his family in my thoughts and prayers. “

Ron Carlivati (Ex-head writer, OLTL, now head writer, DAYS) shared: “Sad to hear the news that Jerry Ver Dorn has passed away. Jerry stepped into the role of Clint Buchanan in 2005 and quickly made it his own, playing a loving husband and father and eventually a very convincing villain, although the man himself was all heart. Rest in peace. #OLTL”

Robin Strasser (Ex-Dorian, OLTL) said: “#JerryVerDorn a fine actor and true gentleman. It always felt good to see him, not just because he was so darn good looking (he was:) but because he was so affable & easygoing; while being thoroughly hardworking and dedicated to the work. All honor to one of the best of the best!”

Frank Valentini (Ex-EP, OLTL, now EP, GH) tweeted: “I was very sad to learn about the passing of my friend and all around great guy, Jerry verDorn (Clint #OLTL.) On behalf of everyone here at #GH, we send our heartfelt sympathy to his family and friends.” 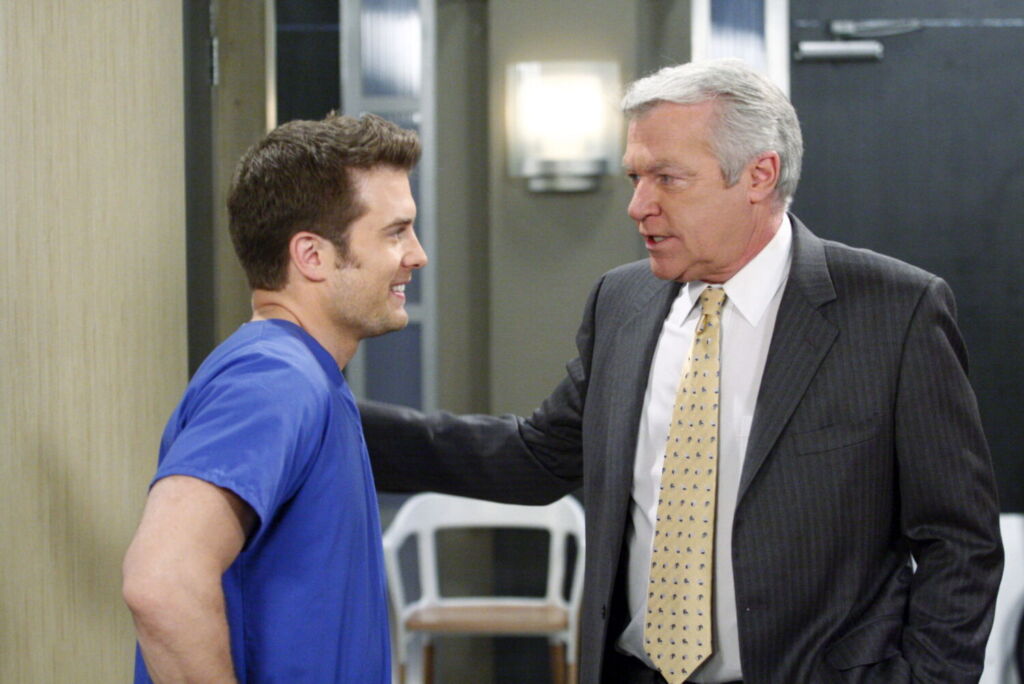 Mark Lawson (Ex-Brody, OLTL) expressed: What a gentleman. I remember being so intimidated by both he and Bob Woods. Until I finally had scenes with them.  Jerry was the consummate gentleman. So elegant and kind. With a blue collar approach to the work and a respect and generosity for his fellow actors that flew beyond what was necessary. He was a benevolent king on that set. And funny. And ready to laugh.This photo was from the very last moments of filming OLTL at the studios in Manhattan.  I was blessed that day to work with Erika, Jerry, Bree, and Melissa.  I think about that day and these people all the time. Farewell, sir. It was a pleasure to know you.  #jerryverdorn #onelifetolive #oltl” 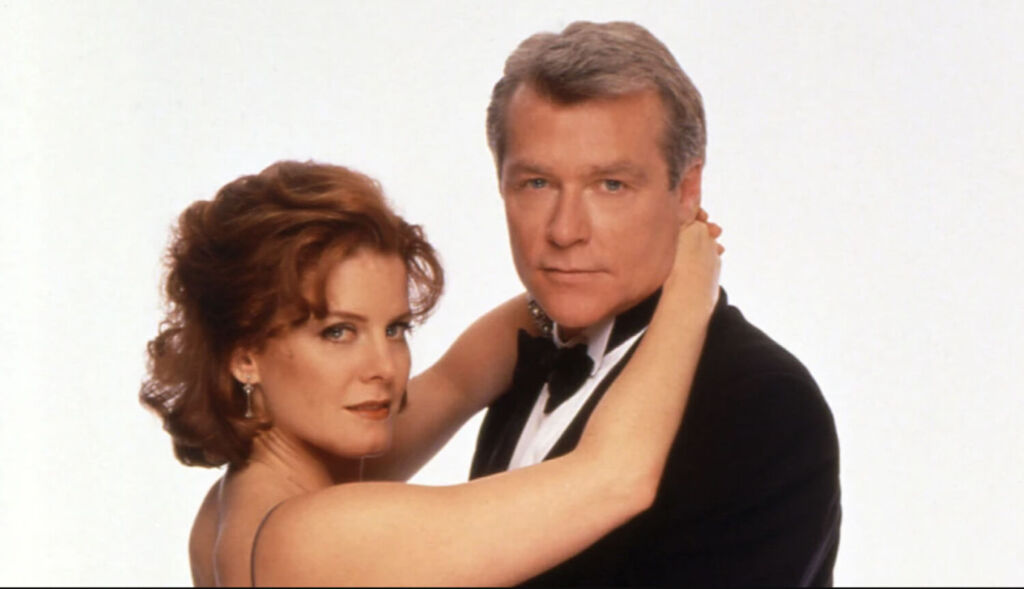 Liz Keifer (shared: “My heart is broken and filled with bittersweet love for Jerry and his family. Thank you for being my trusted friend onscreen and off. It was an honor to be yours. Rest well, dear Jerry. You are loved beyond measure.”

Patrick Mulcahey (Former head writer, GL) “So sad to hear of Jerry verDorn’s passing. What a fine actor and a good guy. He never stopped thanking me for a special GL episode I wrote for him (Ross’s Election Day dream), but I loved his work way back when Ross was with Vanessa, then Carrie, and then later, with Blake… He and Peter Simon [ex-Ed] played best friends beautifully — abiding male friendships are rare on soaps — and he had crazy deep chemistry with all his leading ladies. Writing Blake and Ross was about as much fun as a writer could have and those scenes always aired so deliciously… Many thanks, sir, for all you offered us, the humor, the depth, the stuffiness and vanity too, which you knew was there in all of us. Sorry you had to leave us in apple blossom time. Sorry you had to leave us at all.”

Robert Newman (Ex-Josh, GL; now Ashland, Y&R): “This one really hits hard. Jerry Ver Dorn was a wonderful actor and a beautiful person. He was one of my first role models. He actually was instrumental in getting me into Union service. He was our Aftra Deputy on Guiding Light, and eventually I took over for him in that role on the show. That planted seed led me to over a decade of serving on both the National and Local boards of Aftra, then Sag-Aftra after the merger. One of the finest human beings I’ve ever known. Rest peacefully, Jerry.”

What do you think about the comments and tributes from Jerry’s former castmates? Share your thoughts via the comment section below.

Guiding Light & One Life to Live Favorite, Jerry verDorn, Passes Away at 72 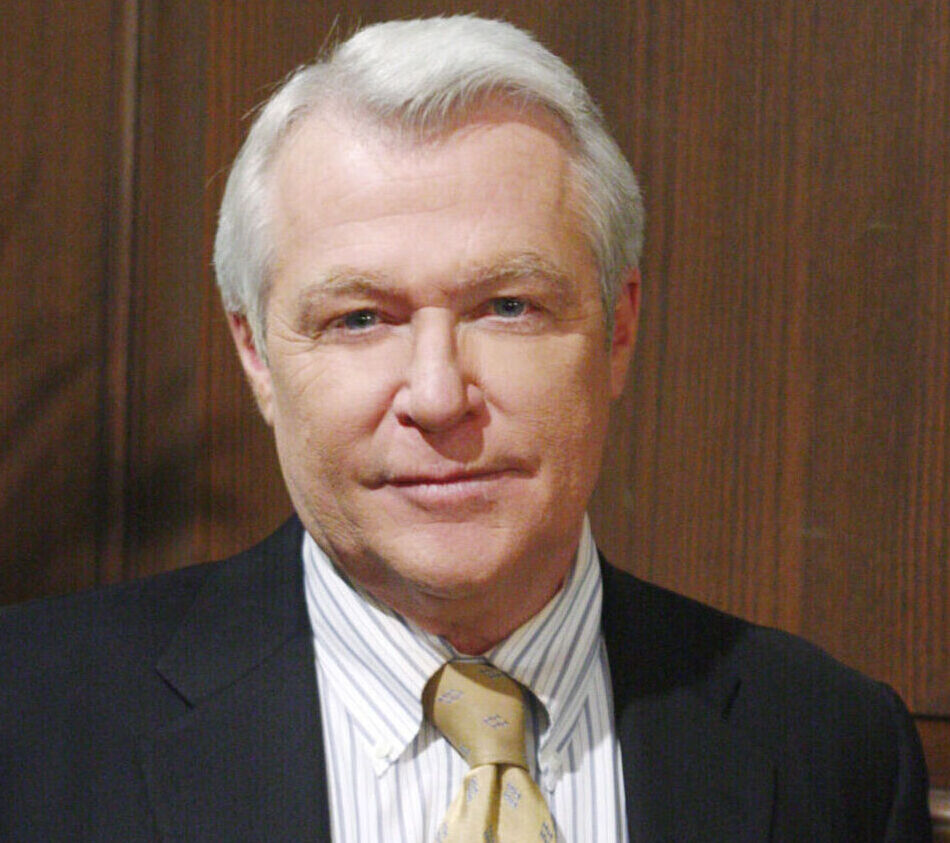 Very sad news to report on Monday.  Two-time Daytime Emmy-winner, Jerry verDorn, has died at the age of 72 after a months -long battle with cancer.

Jerry passed away on Sunday, May 1st peacefully at his home.

For his work on Guiding Light, Jerry took home back-to-back Daytime Emmys in the Outstanding Supporting Actor category in 1995 and 1996. Throughout his time on the CBS soap, he also earned four additional nominations for his performances.

He is survived by his wife of 45 years, Beth, his sons Jake and Peter, daughters-in-law Laura and Erin, his sister Bonnie, brothers Jim and Dan, and grandchildren: Benjamin, Nora and Penelope

A private memorial celebration will be held at a later date this summer.