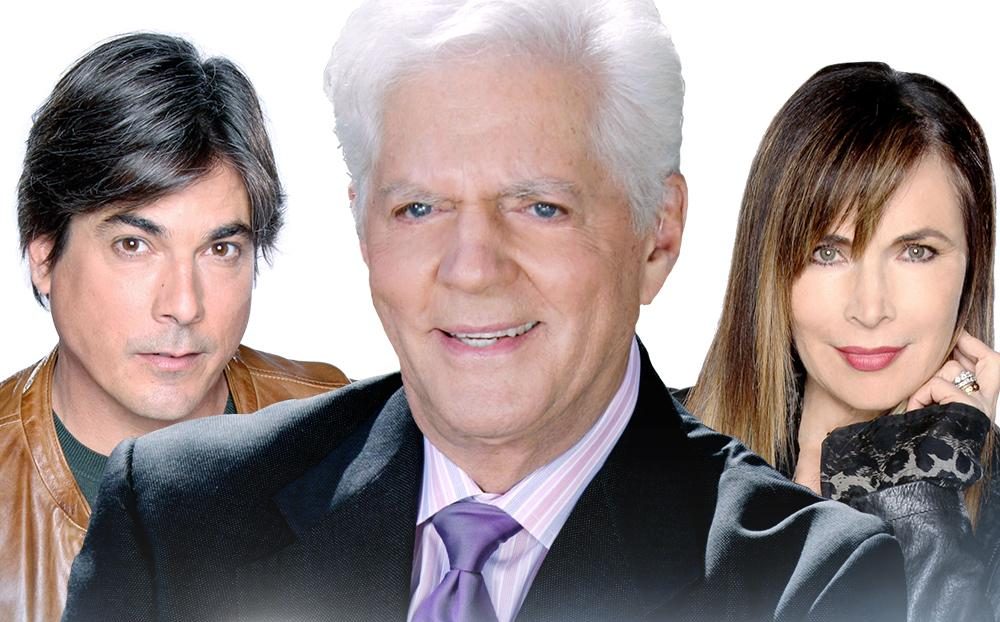 It’s been a gut-wrenching time on Days of our Lives in recent weeks for Doug Williams (Bill Hayes) who is trying to keep his wife Julie’s (Susan Seaforth Hayes) spirits up as she desperately needs a heart transplant to survive.

As well, it’s been an emotional time for Kate (Lauren Koslow) and her son, Lucas (Bryan Dattilo), as Kate had also been hovering near death and was set to give her heart to Julie, only she wakes up from her coma at the last possible moment!

Now, on the latest episode of the Inside Salem: Days of our Lives Podcast that dropped today (Monday, September 30th), via iTunes and NBC.com/Inside Salem, the one and only Bill Hayes sits down with host, Michael Fairman for an emotional conversation about playing the intense scenes with his longtime real-life love and wife Susan Seaforth Hayes, plus his enduring history with DAYS dating back to 1970 when he first appeared on our TV screens .

Hayes shares that this recent story where Julie is fighting for his life, was one of the toughest he has ever had to tackle in his decades with the show, and much more.

Later on the podcast, Bryan and Lauren share their thoughts as they take listeners behind the scenes of the taping of Kate’s deathbed scenes, where Lucas comes to be by his mother’s side, and Kate gets a reprieve on her life, but what does that mean for Julie?

Make sure to check out ;Inside Salem; and then let us know, what do you think of Bill Hayes’ recent performances as Doug tries to be strong for Julie while he is breaking inside? What do you think will happen next to Kate? Will she get revenge on her nemesis Vivian?  Comment below.

Didn’t see today’s episode yet, but I hope someone thinks to check out Dr. Shah’s heart and finds it’s a match for Julie.

That’s where I thought they were going… but Dr. Psycho bled out on the floor and was probably there for several hours by the time Rafe & pals wrapped up the crime scene, so by that time there’s no way any of his organs would have been viable. Also, Jack stabbed him in the chest. Looked like it would have been a little lower than the heart from what I remember, but I can’t be 666% certain about that. Another heart is going to become suddenly available though. You can bet your soul on it. I’ve already been warned to… Read more »

Kate will definitely get revenge on Vivian. She is a fighter.

Good or bad, I love Kate—she has spunk, spice and style—-
I Hope all the stories have a happy ending. I doubt Julie will die; unless she’s retiring……I just can’t see Days without Julie……
I am so waiting ( with bated breath) to put Sarah out of her misery—-constant griping and wailing—-marry Xander, already!! Problem solved.

Julie won’t have a chance unless Rolf can save her. Julie already died at Doug’s Place

I doubt Julie is dead, though she’s probably pretty close. Doug isn’t a doctor, so nobody’s officially pronounced her “dead” yet.

Given the rapidly declining condition of her heart, she might have enough circulation left to keep a slow blood flow to the brain & other vital organs, but not enough to remain conscious.

Oh Celia
I was starting to like Xander. Would you really want to wish ( all the things you used to describe her) that on him? I loved her solution best, leave town!

Today’s show was so funny with Lucas trying so hard to tell his mother why he was donating her heart. Most of us know whose heart Julie will receive, and it really bothers me that this character is being sacrificed, and for what apparent reason?

I will stop watching Days if we lose Julie. I’ve watched them since 1970, before they were married. I love them. Please, please keep them on.

I did not feel it—-did not stir emotions, nor was I moved. Can’t explain it.
However, moving on——as I questioned on the other site, will Julie get Stefan’s heart? If so, ’tis amazing how blood types always match on soaps, LOL.

Do not like that Steve will take Stephanos’ place and can’t stand Gino character.