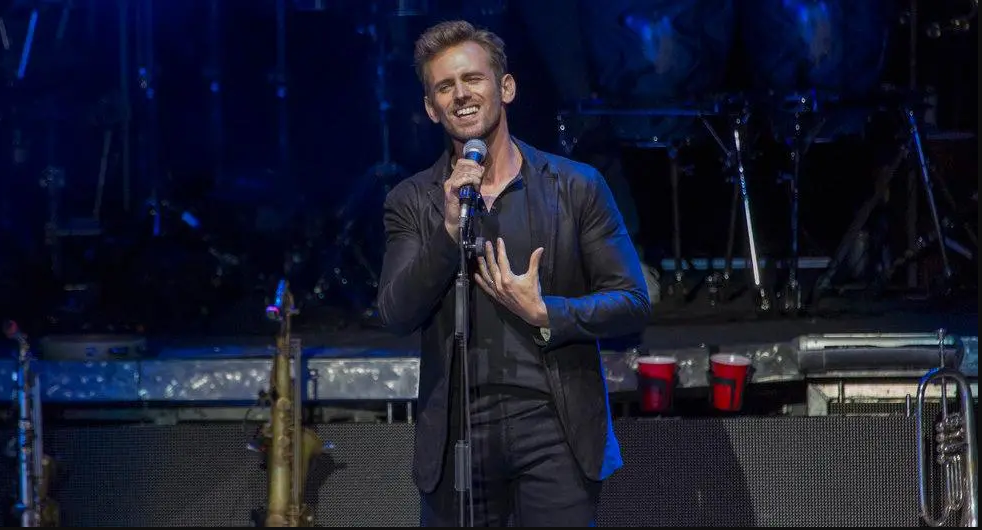 Last week, This Is Us gave us a dazzling season four opener, which introduced the audience to several new characters … and in true ‘This Is Us’ fashion, viewers did not know how these new additions to the cast would tie-in to the core members of the Pearson family; whether it be in a flashback, in current times, or their flash-forwards.

So with that, fans of the NBC drama were introduced to a character who was a blind young man – who turns out to be a musician – who winds up being Kate and Toby’s blind son all-grown up. That part is being played by Blake Stadnik.

At the end of premiere adult Jack (Stadnik) performs the song “Memorized” in front of thousands at the Greek Theater in Los Angeles that is the emotional highpoint of the episode.  Fast-forward and the song began charting.. and last week entered the Top 20 in the U.S. iTunes store.  As of Monday September 30th, it was at #42 on the iTunes Hot 100 songs chart.

“Memorized was co-written by Siddhartha Khosla and Taylor Goldsmith,  and sung by Stadnik.

This Is Us series creator, Dan Fogelman said of the choice of Stadnik for the role of adult Jack: “He’s a trained actor and done a lot of musical theater and can sing, which was another massive quality that made the search impossible.  We wanted to find an actor who could be a leading man, and very handsome and very funny, with his bare ass on national television — but also be able to go stand in the Greek in front of a live audience and actually perform and sing a song. And so there were a lot of boxes to check.”

A little family photo♥️ Endless thanks to these two wonderful people and everyone at @nbcthisisus who welcomed me to the family! #thisisus #jackdamon

After the episode aired, Stadnik took to his Instagram to share his first public photo with his on-screen parents: Chris Sullivan and Chrissy Metz stating: “A little family photo.  Endless thanks to these two wonderful people and everyone at @nbcthisisus who welcomed me to the family! #thisisus #jackdamon”

Now below listen to “Memorized” one more time … and let us know if you are loving Blake as much as we are as a key addition to This Is Us via the comment section below.

Absolutely brilliant. Throughout the episode I tried to finger out how each of the new people fit with the Pearsons. I was overjoyed when I learned this is preemie baby Jack all grown up. I worried about that baby all summer. Just because he made it home from the NICU didn’t mean he was out of the woods. I’m so happy he survives into the future.

I am very impressed with Blake Stadnik and wish him great success with this part and his career.