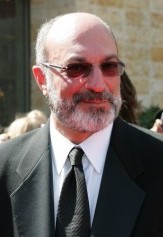 Soap fans are in an uproar today, and with good reason.  The one and only 24 hour cable destination, that in its heyday, offered up original soap opera programming, SOAPnet, as well as day and date repeats of five of the current seven daytime dramas is being sent to soap opera cable heaven.  In its place, coming in 2012, Disney Junior a channel aimed at preschoolers.

Brian Frons President, Daytime, Disney-ABC Television Group, spoke this afternoon to Soap Opera Digest about what this means for the future of ABC daytime.

Frons if fans should be worried about AMC, OLTL, and GH: “They shouldn’t be worried. Over the years, Disney has made a lot of commitment to the Disney brand. As they looked out in the marketplace, they really felt they needed to be in the preschool space with a full-branded channel. Given the way technology has gone, where you can DVR your soap, watch it on Hulu and abc.com, it was felt that the original purpose of SOAPnet — today’s soaps tonight — could sort of be fulfilled in different ways. Frankly, financially it will be better for us, because if you watch on daytime, we actually make more money than if the same person watches on SOAPnet, just because rates are that different between the network world and the cable world.”

Frons on if this signals the end of the ABC Daytime line-up: “No, it really doesn’t. We’ve known about this for a while internally and that hasn’t stopped us from moving All My Children to the West Coast, to giving One Life to Live a bigger stage, to continuing to commit to big events for these shows, whether it’s shooting an upcoming sequence with James Franco [Franco, GH] at the Pacific Design Center or doing the three-day musical on One Life to Live. So, the commitment to the shows, the commitment to making them the best they can be, is still the same.”

Frons on what happens now: “We’re going to continue to celebrate the form, in particular the ABC shows. We are not reducing our marketing spend one dollar. If you think about it, we’ll actually be spending more on marketing our soaps because we’re not going to be doing any new original programming, other than the new season of  Being Erica. So, we’re going to take those dollars and put them against the soap operas. I think the positive here is that we can more clearly drive viewers to the core destination of ABC.

BREAKING NEWS: SOAPnet to go off the air and turned into Disney Pre-School Channel!

SOAPNet has its flaws, but there are shows that will never be anywhere else. Here we are, soap fans, once again shown that we are the redheaded stepchild of the television industry.

Where’s Drew that’s all i care about bring him back and i will start watching again and LET my family and friends watch! HEY IM AT WAR!!!

GRRR! It’s all about the money, not about the fans!

I think this is a terrible idea. I know the decision has been made but there are so many children shows available and with all of us baby boomers retiring I think the decision was made at a bad time I love soapnet now that i can enjoy my soaps whenever i want. Soooooooooosad!

I have never seen anyone talk out of both sides of his mouth as much as this guy has. Everytime he opens his mouth BS comes flowing out. Disney needs to fire hime before they lose ABC entirely. DWTS is about the only thing they have anymore. The Bachelor Sucks. They had three of the best soaps and Frons axed them. It just goes to show. You can’t fix stupid!!!!!!!!!!!!

we feel brian frons should be fired to for taking the soaps off of channel 6 and soapnet. we are now retired and could watch them but not now he screwed that up just like everything else in this world to put stupid stuff on .