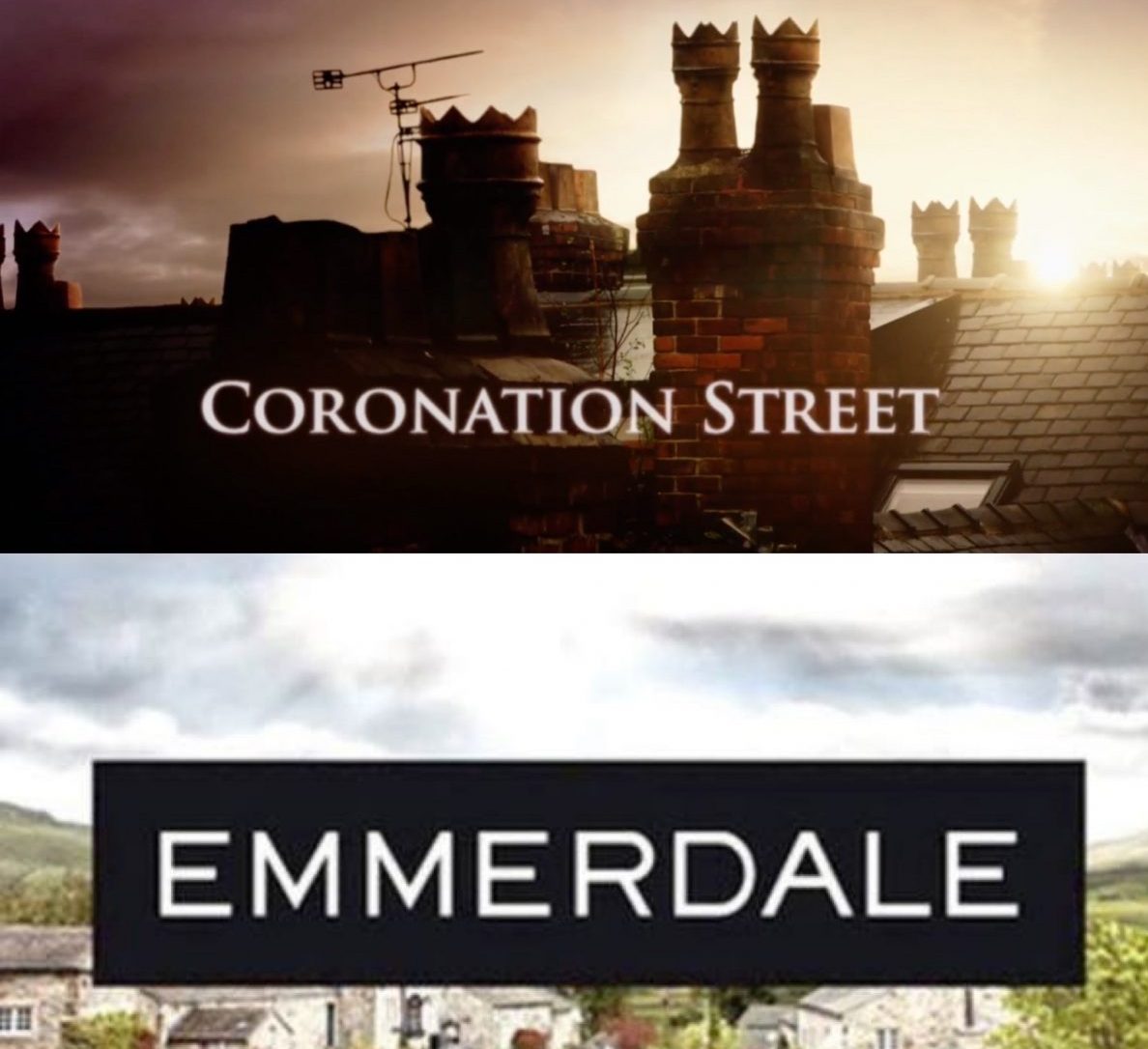 The U.S. soaps aren’t the only ones shut down due to COVID-19.  Now comes word from across the pond that the British soap operas, Coronation Street and Emmerdale have suspended production effective tomorrow on March 23rd.

An official ITV spokeswoman said on the production halt: “ITV has sadly taken the decision to suspend production of the soaps Coronation Street and Emmerdale with effect from Monday 23 March.  We’ve been doing our best to carry on filming, whilst adhering to the Government’s latest health guidelines, to ensure we’ve episodes of both soaps airing on ITV until at least the early summer. However, the health and well-being of the production teams, actors, crew and their families is of paramount importance to us and we now feel that the time has come to stop filming. We’d like to thank our viewers for their support and hope they continue to enjoy both soaps in the coming months.”

According to Deadline, this announcement came just days after the network changed its schedule to spread out the number of episodes that both soaps air per week to help with potentially not having enough episodes in the bank should the stoppage continue longer than expected.

So, what do you think about the British soaps following suit with the U.S soaps; as safety for all is clearly of paramount importance? Share your thoughts via the comment section below.

The Bold and the Beautiful Turns 33 Today; Thanks Fans For Tuning In Each and Every Day

Even filmed in-advance their audiences won’t tune out or complain about stories….. how refreshing in comparison to American soaps. I think it’s time I just leave the States and move to the UK!!

They do complain about their stories…i belong to a Corrie site and watch clips on youtube!

I didn’t say this soap in general, I’m just speaking in general terms. I see a lot less complaining about British soaps than American soaps.

it could be worse. for Corrie than American soaps..i belong on a Canadian soap and we are always complaining about all the gloom and doom and even stupid things like someone’s beards and hairdo’s-lol.. but i do get what you mean, and i always enjoy reading your comments-and your(ATWT FAN) makes me miss that show-thankful for youtube clips!!!

Honestly, the only British soap I do watch is Hollyoaks, but do have increasing desire to start EastEnders. And, yes, I do miss As the World Turns so much.

Britbox U.S. 6.99 per month. Airs one hour after U.K. airings. Eastenders, Coronation street, Emmerdale along with medical soaps Holby City and Casualty. Three years so far this month here in the States. Hulu has Hollyoaks and that completes it.

That’s why its hard for me to keep up with our soaps. Right now i’m only slowly doing GH (Thanks to Hulu) and Days (thanks to DVR).

In this past week, I’ve caught all of Days of Our Lives and General Hospital. I’ve little desire to watch CBS, unfortunately, due to the crap, sad states they’re in.

So, Britbox has all the way back three years’ worth of episodes from those soaps?? I’ve considered getting it, at the $6.99/month, even though money is tight and I have other subscriptions I use.

No. No classic episodes. They’re on Youtube. I’ve watched Eastenders from it’s very first episode. It aired episodes in the U.s from 1985 to 2003. Corrie and Emmerdale over the years and for years on multiple internet sites. Britbox only keeps up to a month of episodes.

i cant afford it especially now

Oh, that doesn’t seem worth it for me to invest in BritBox, then, unfortunately. I’ll go online.

I watch Coronation Street and already knew this!