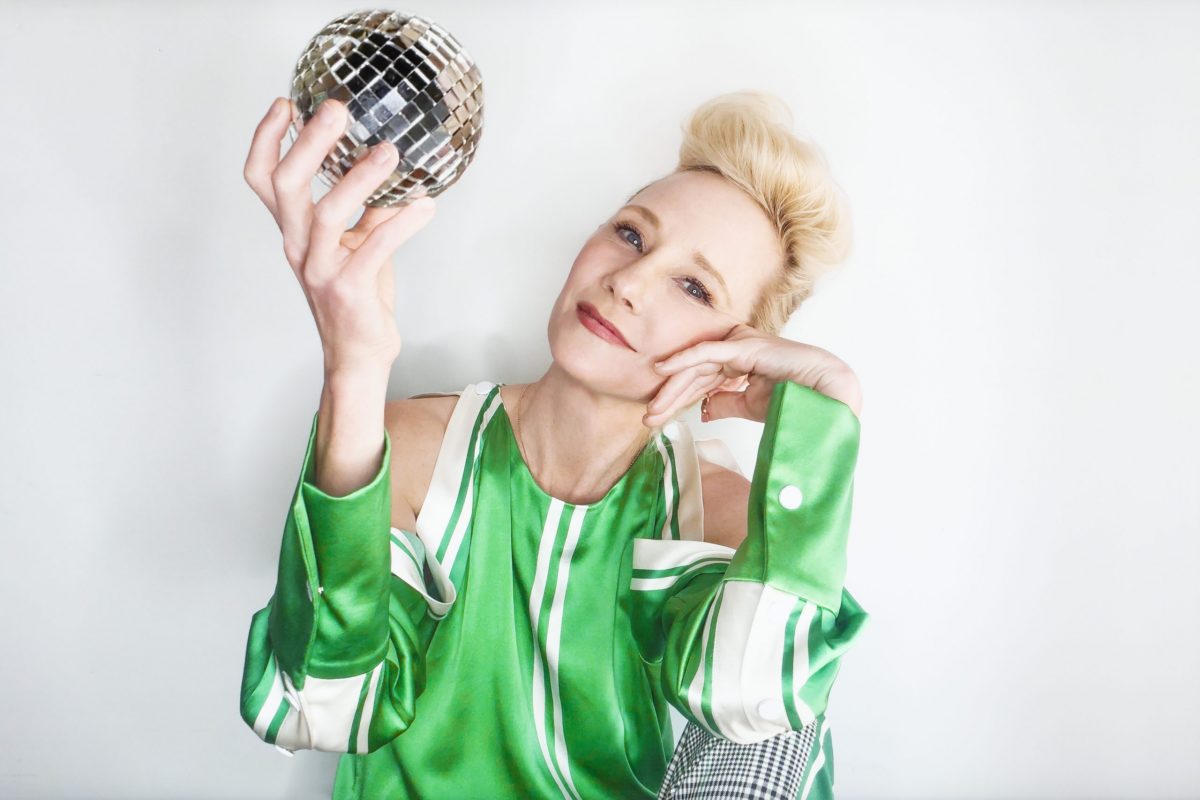 America is getting reacquainted with Daytime Emmy winner, primetime Emmy and Tony nominee, actress Anne Heche  This talented dynamo has taken to the ballroom dance floor on the new season of Dancing with the Stars with her pro dance partner Keo Motsepe.  Daytime soap fans are thrilled to see her again after her unforgettable performances at twins Vicky and Marley on the beloved Another World early in her professional career.

While everyone had a heart-stopping moment on Monday’s episode of Dancing with the Stars, when Heche and Motsepe found themselves in the bottom two- they were saved by the judges and will dance into next week!

Michael Fairman caught up with Heche prior to Monday’s show from her home in Los Angeles for a new interview feature on The Michael Fairman Channel on  You Tube.  Their conversation covered many points throughout Anne’s career, from her difficult upbringing detailed in her memoir, “Call Me Crazy”, to how she landed on Another World and life on a soap opera, to making the decision to leave, to having her career in film and TV reach a critical impasse when she was in a relationship with Ellen DeGeneres, to life now with her two children and of course, being a celebrity dancer on live TV on this very different season of DWTS.

Here are just a few of the highlights from the chat with Heche below. 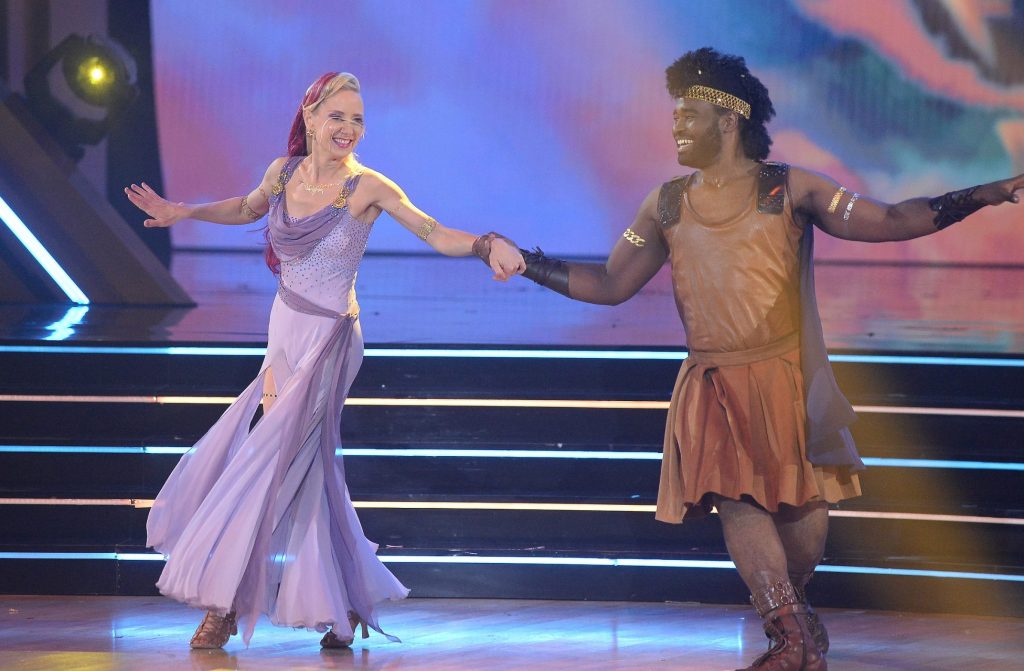 Speaking on performing on the Covid-19 season of Dancing with the Stars, Anne expressed:”You can’t define a moment that’s getting on to that ballroom floor, and all of a sudden you know you are on live television.  Dancing with the Stars is usually done in front of a live audience and it’s not this year.  So you only have the other dancers as your audience, but stepping out knowing the responsibility that I was taking on for Keo, that I was taking on for myself, and then that click – and you get four clicks – and then you go.  You don’t know if you’re going to be able to do it.  I will go as far as I can go as an artist.  But when judge Derek Hough said ‘You made me smile’, that was my intention.  That’s why I am doing this more than anything.  Yes, I want to learn, but I am here to entertain in a world where there is little entertainment (right now), where it’s live, it’s now, and it’s happening in this moment.  We can’t feel each other, but you can look at my face and know that whatever dedication I have to do this, I will do to the best of my ability.  I have been given the opportunity to perform for an audience who is at home to give one thing – that is the joy with the entertainment that I bring.” 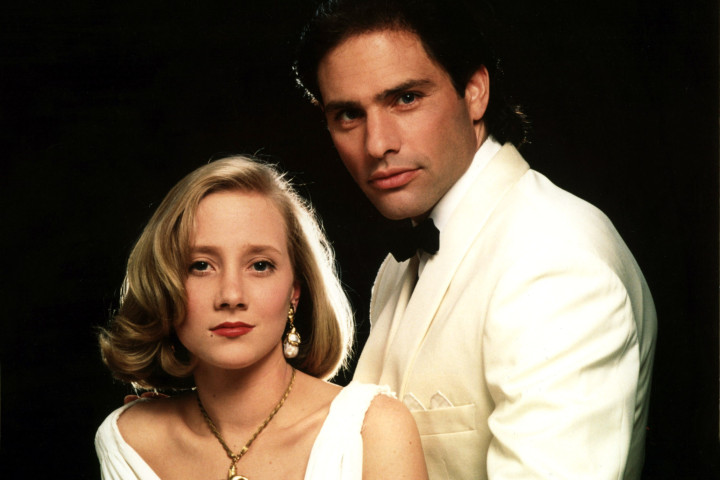 Soap opera fans will always recall Anne’s sensational portrayal of twins Vicky and Marley on Another World from 1987-1991.  To this day, it remains one of the all-time greatest in the genre, and at that time, daytime fans knew that Heche would eventually go on to an even greater mainstream career in motion pictures and television and Broadway.  Anne’s road to Bay City and Another World happened the day after she graduated high school (she was discovered there) and landed in New York and at Another World producer and director John Whitesell’s office, where she learned now only was she playing one part, but two! 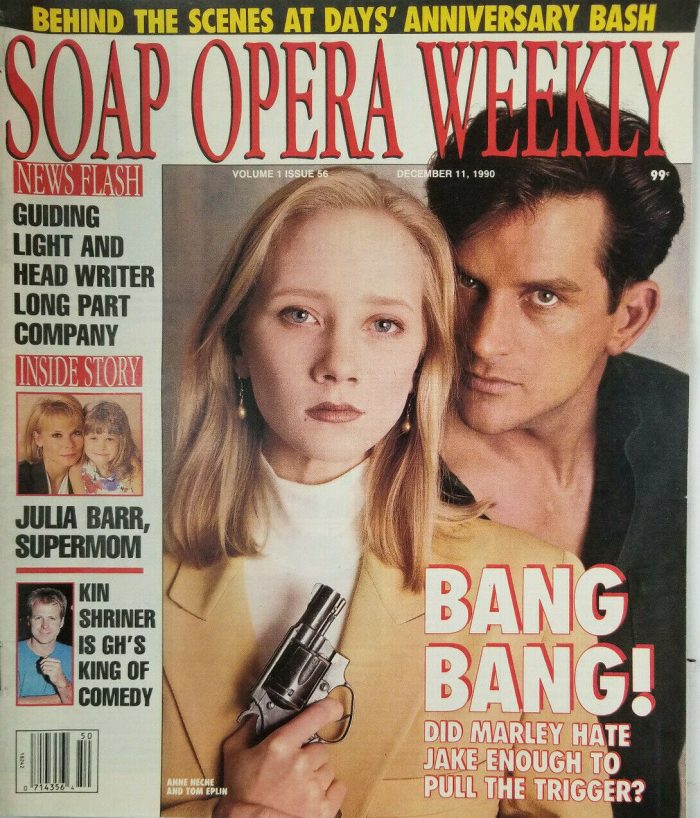 As Anne recalls it, Whitesell said to her, “What you don’t know is that I auditioned you for two characters because you’re going to play twins.  And by the way … that Bahama Mama T-shirt you wore, and obviously you thought you should repeat it, because you’re wearing it in your screen-test, and you’re wearing it now, get it off! Vicky is the sexy one, so go figure it out!  Your first day you’re going to be in a hot tub and you’re talking to your dad, because you just lost a million dollars.  I’m like, ‘What?’.  Whitesell continued, ‘Yeah, it’s a bubble bath … and don’t make me regret this decision, because I am the only person who wanted to hire you.”  After that moment, Anne took on the dual roles still not knowing much of anything about daytime and she became a fan favorite.  Throughout the interview, Anne recalls her time working with Kale Brown (Ex-Michael Hudson) (Ex-Anna Stuart (Ex- Donna Love), and Tom Eplin (Ex-Jake McKinnon).

Heche had made the decision to exit Another World and was going to quit acting with the intent on going to the Parsons School of Design, when her agent called for her to go out for a role in a film that starred Jessica Lange in which he landed the role.  Noting that the production team at Another World moved all of her scenes to the end of the day so they could tape Vicky and Marley’s departure (so she could go be in the movie), Anne next found herself in a Motel 6 on location in Nebraska when the Daytime Emmys were being handed out in 1991, and she was nominated for her Outstanding Younger Actress.

As Heche recalls, “I’m watching the Emmys and I win and I’m eating a cheeseburger on a bed by myself in a Motel 6 in Nebraska and they say ‘she can’t be here … she is a new movie with Jessica Lange.’  I won an Emmy on a bug-infested bed in a Motel 6 in Nebraska and at that moment said, with a cheeseburger in my mouth, ‘Does this mean I’m supposed to be an actress?” (Laughs) 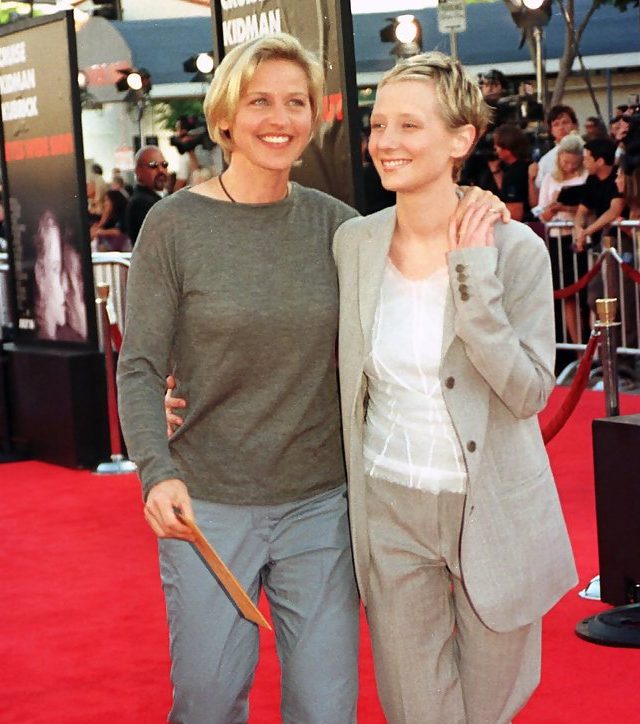 Anne’s relationship with Ellen DeGeneres was a highly-publicized from 1997-2000 for their public appearances together which later backfired on Heche’s career.  However, through Heche, the needle moved forward to pave the way for same-sex couples to be able to express their love publicly.  As she reflects on that time in her life, she expressed: “I was told not to go to the premiere of Volcano if I took Ellen, and I looked at the suits standing in front of me, and even Ellen said, ‘You listen to them, Anne.  You can’t go with me.’  This is four days after I met Ellen.  I said, ‘If I had met George Clooney and four days later I was taking him to a premiere we would not be having this conversation.” This is the moment I realized what discrimination feels like. because, even Ellen is sitting here telling me not to go to the premiere.’  I said to Ellen, ‘You just came out Tuesday night on Ellen (referring to DeGeneres then comedy series) and you are sitting here right now and you are telling me to not bring you to my premiere as my date?!’  So, even Ellen did not agree with me. Then it happened again in front of President Clinton. I put my arm around her.  She said, “You’re not allowed, you can’t do that.’  I said, ‘I will not be discriminated against.”

Watch the entire video interview with Anne below.

Then let us know, are you rooting Anne on during her run on DWTS?  What are your favorite Vicky/Marley moments portrayed by Anne on Another World? What do you think about the comments she shared on Ellen DeGeneres and what happened throughout her life and career? Share your thoughts in the comment section.