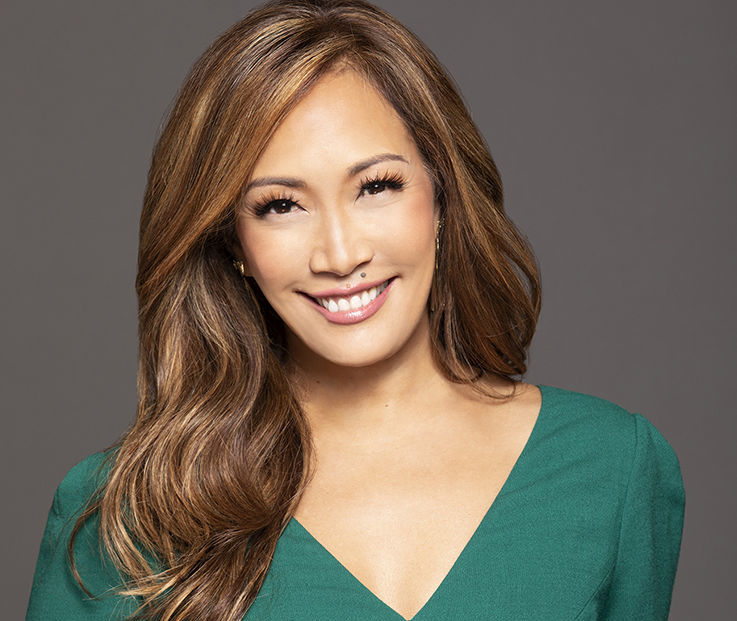 The Talk announced live today that Carrie Ann Inaba has joined as a new host of the Daytime Emmy Award-winning talk show.

Inaba will be joining Eve, Sara Gilbert, Sharon Osbourne and Sheryl Underwood on a permanent basis. Throughout the past two seasons, Inaba has appeared as a recurring guest co-host.

After the announcement by Julie Chen, that she was stepping away and vacating her seat at The Talk table, following her husband, Les Moonves ouster from CBS, her host gig and seat at the table became available.

Angelica McDaniel, Executive Vice President, Daytime Programs, CBS Entertainment said in welcoming Carrie Ann to The Talk family: “Everyone’s Talking about it, and I’m excited to confirm it. We’re welcoming Carrie Ann Inaba to The Talk table.  Carrie Ann connects with audiences by being genuine. We appreciate her warmth, heart and vulnerability, and love what she brings to the show.”

Inaba added: “Having the opportunity to sit at the table with Eve, Sara, Sharon and Sheryl has been such an enriching experience, and I’m honored and looking forward to joining them daily. It’s the authentic conversations and connection with the audience and the ladies that really drew me to The Talk. I feel very fortunate to be a part of this show.”

Many viewers know Carrie Ann was one of the main three judges for all 27 seasons of Dancing with the Stars, plus her work as a renowned choreographer, and more.

Check out the video below from today’s episode of The Talk, and see how they ushered in Carrie Ann, confetti and all, to her TV family.

Then via the comment section below, let us know if you are excited to see Carrie Ann join the ladies on The Talk?

Dump Sharon Osbourne and Sheryl Underwood and I’m in!

This is fantastic! I always felt that Carrie Ann Inaba would be the perfect co-host for The Talk, and now she is! Cannot wait for the coming months for things to be explored!

Even though the Talk has been on the air for 9 years, I refuse to watch it as it replaced ATWT. Congratulations to Carrie Ann on her new job but I won’t be an observer.

I felt the same, too, Barbara. However, I cannot fault CBS solely. I also blame P&G who wanted out of the soap business. I do enjoy The Talk every now and again, and cannot fault anyone on that show for taking a job.

I like Carrie Ann but I was disappointed that they didn’t pick Carney Wilson who I think has more in common with the show. Carrie Ann is great on “Dancing with the stars” but she just doesn’t suit this show.IMO