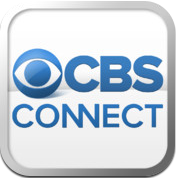 Fans of CBS’s The Bold and the Beautiful can now experience the show in an entirely new dimension with an interactive second-screen experience that syncs in real-time to the show’s broadcast and serves up interesting quizzes, polls, trivia and more.

The Bold and the Beautiful experience – which launches today on the CBS Connect App – marks the first synced second-screen experience for any daytime television program on network TV. The app lets The Bold and the Beautiful fans dig deeper into the show’s main storylines, learn more about the Forrester, Logan and Spencer families, and discover more about the actors who portray the iconic characters.

“The release of The Bold and The Beautiful synched second screen app is exciting news for CBS Daytime and our audience,” said Angelica McDaniel, Senior Vice President, CBS Daytime. “The app marks a first for any daytime television program on network TV and, most importantly, enhances our fans’ TV-viewing experience, offering them a deeper connection with the characters and content of each episode.”

While fans watch the show live on their local CBS station, on-demand or via their DVR, the CBS Connect app’s sync function pinpoints which episode is being watched and tailors the experience accordingly. For instance, The Bold and the Beautiful experience will offer fans:  Unique slideshows offering contextual historical moments, such as Brooke’s past lovers, Interactive polls, such as: “Is Liam too immature to be in a relationship with Hope?”,  Tidbits like the name of the real-life designer whose gowns serve as props for Forrester Creations’ dresses (spoiler alert: Monique Lhuiller), Behind-the-scenes access to the show’s famous sets,  Makeup tips from the show’s stars (spoiler alert: Katherine Kelly Lang’s favorite go-to lip gloss is Mac’s Viva Glam 5), The ability to interact with other fans, the show’s stars and creative talent via Twitter .

What do you think about the enhanced experience to enjoy everything B&B?  And the exciting time for soaps moving into new Apps and technologies?

All My Children & One Life to Live Official iTunes Pages Unveiled With Preview Show Descriptions!

This is the one soap I don’t happen to watch. I hope this comes out for other soaps. I would love it.

Well, whatever is on the second screen has to be more interesting than the episode they are showing on the first screen, so why not- it beats channel surfing during the boring bits– lol.

Too bad it isn’t available to Canadian viewers!!

I am just glad we are getting a break from Steffi! It has been great and this app?.. .why not? .. sounds interesting to ttry.