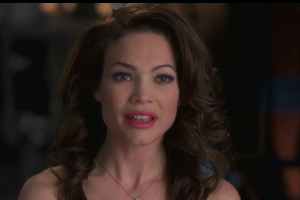 The celebration continues all this week for General Hospital with special episodes and appearances in honor of  their 50th anniversary milestone.

Make sure to tune-in on Thursday afternoon, April 4th for a special episode of the syndicated talker, KATIE when host Katie Couric, devotes the entire episode to General Hospital. (Check local listings for times in your area)

Check out a preview of the heart-tugging clip package, when the cast discusses playing some of the most difficult and important storylines in the history of their characters, and the history of GH!  Then, let us know which social or medical storyline on GH affected and touched you the most?

Oh, I wish this was on another show , rather than Katie’s! Sorry, don’t like her and don’t watch her. I am glad of all the attention and promotion that GH is getting, but it also makes me sad when I think of how AMC and OLTL deserve to still be on broadcast TV and have their celebrations too!

Congratulations GH for 50 amazing years of incredible entertainment. I’m sure Emily McLaughlin and John Beradino are smiling down from heaven. Thank you and God bless all of you.

The world just would not be right without the social or medical storyline to make people aware of tragedy and triumphs in life that can go unnoticed around them..
There never will be media as a soap opera/drama serial’s to enlighten people and yet entertain everyday ..

Only the stellar cast of GH could make me endure two hours of Katie Couric this week. I really will do anything for them.

Im all for publicity but it still seems a bit strange see gh stars on the show that almost replaced it but since i am a forgiving person and so many of my favorites are appearing, ill take a peek. But it still seems like Katie is taking advantage of ghs hoopla as publicity for her own show but if it helps gh im ok with it.

I don’t watch Katie, but I am a LONG time viewer of GH. Thanks for this, I will have to find a clip of this on You Tube! 🙂

Katie”s special on Thurs. comes on the same time GH comes on at 2:00pm. As much as I am NOT a fan of Katie, I will record the show on my other t.v. ONLY this one time because of GH And thier 50th anniversary . And the whole show is dedicated to GH? Monica’s medical issue hit close to home for me because my Mom had that illness & the second time it happened was the worst,my Mom is no longer with me since 1985…

Monica looks like her old self in this video. Which she doesn’t now.

I am glad to see there is attention paid to the medical and social storylines GENERAL HOSPITAL has presented so well through the years. The mob has long been part of Port Charles society but there was a period where the mob overshadowed the romance, advsnture, and hospital setting that is core to the series. I have greatly enjoyed the renaissance of the last 18 months and have faith the soap opera we love is back and will stay.

The social media storylines that affected me the most was when Stone died of Aids. I have such compassion for people suffering with HIV/AIDS. I was able to see a part of the AIDS memorial quilt many years ago, It was brought to my place of employment when it was world aids day. The other social media storyline was when Maxie got BJ’s heart,,,I cried so much during both strorylines. Great writing GH.

Of all people to have interview GH . I think Wendy Williams would have been a great choice since she has appeared many times on OLTL. I don’t like Katie and any shows she does, but in order to see the GH episode I’ll watch. ABC/Disney always pushes this women down our throats.

I’ll watch her because of the 50th…The storie lines of Stone and Robin,Elizabeth, Monica,Maxie and Bj..Those will always stick in my mind.G.H has been a part of my life since 1980 I just Truely love it <3 And I'm so happy they have gotten new writter's,this too will save the show!

I have watched GH for most of it’s 50 years and commend GH for tackling social/medical issues. However I can’t watch KC. After all she demanded ABC give her GH’s time slot and is just using GH for her own ratings.

I’m surprised they did not interview Jacklyn Zeman about BJ’s Death.

They may interview Jackie. This was just a small portion. I am not the biggest Katie fan. But I love these people and I will watch them on anything.