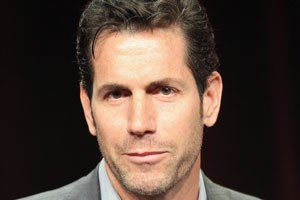 This morning, Variety, one of the leading entertainment news sources for decades, rolled out their list of Daytime TV Impact honorees, which takes a look at those individuals, as they relate who, “across all genres, in front of the camera or behind, and innovators and tastemakers who represent the leading lights of the small screen world while the sun is up”

Three names who are very familiar to soap opera fans and those of the world daytime dramas made the list including: General Hospital’s executive producer, Frank Valentini, Senior V.P Daytime CBS Entertainment, Angelica McDaniel, and The Bold and the Beautiful’s Heather Tom (Katie).  Here is what Variety’s editors had to say about why each received their recognition!

Frank Valentini:  “General Hospital, the sole-surviving soap opera on ABC, owes its life to Valentini. He came in last year after the cancellation of  One Life to Live and resuscitated ‘General’ with explosions, baby-switching and returns of beloved characters. As General moves toward its 50th anniversary this month, Valentini has been able to find that tricky balance of keeping fans happy and moving the show along. Valentini himself is most excited about the upcoming “Nurse’s Ball” story line. “It hasn’t been done in years, and it’s a signature piece for General Hospital. It is the perfect way to celebrate the show and the citizens of Port Charles. We can honor the history and bring the show into the 21st century.”

Angelica McDaniel:  “With a deft ability to balance daytime’s big three genres — game, talk and drama — McDaniel has effectively injected a dose of synergy across CBS’ slate. Promoted to daytime honcho in February 2012, she’s created crossovers between everything from Let’s Make a Deal and The Bold and the Beautiful to The Talk and The Young and the Restless. She’s also upped the net’s interactivity on the web. ‘I’m proud of our efforts and progress on social media,’ she says. ‘I’m active on Twitter with fans of the shows, and when we have good interaction,” it helps enhance the product CBS delivers.”

Heather Tom:  “The Bold and the Beautiful actress, and this onscreen and (as of last year) off-screen mother, has been in the soap opera business for 23 years, performing on The Young and the Restless, One Life to Live and The Bold and the Beautiful. In 2012, Tom became the first actress to complete the trifecta of Daytime Emmys for younger actress (1993 and 1999), supporting actress (2011) and lead actress (2012). Tom is thrilled Bold is making room for her son Zane, who was born in October, to play her onscreen baby. “ I’ve certainly seen how this medium has changed and grown, and I’ve gotten to work with great people,” she says. “It’s a place where glamour happens, and you can be sexy and have crazy things happen to you. I’ll get to spend more time with my son, and he will get to be part of it.”

Check out all the other daytime names who made the grade including:  The Price is Right’s Drew Carey, The View’s Bill Geddie, The Talk’s Sara Gilbert, Dr. Mehmet C. Oz, and Kelly Ripa!

Now, let us know what you think of the selections of Frank Valentini, Angelica McDaniel and Heather Tom and their achievements in soaps?

What male actors completed the trifecta?

There are none. Jonathan Jackson has won Younger and Supporting. Darnell Williams and Justin Deas have won Supporting and Lead. Those are three I can think of off the top of my head who have won in 2 categories. But no male has started as younger, won that, then supporting, then lead. As it stands, the only one who has a shot in the forseeable future would be Jonathan Jackson.

Congratulations Frank Valentini. The only one who deserves it.

frank is the only one who deserves it that just bs cbs daytime is on fire right now bnb is kicking ass.at the end of the day soaps re the winner.

At the end of the day, you need to learn how to complete a full sentence. GH is on fire now!

None of whats happening today with the soaps turnaround seem possible if it werent for Frank and Ron but congratultions to all!

Congrats to all three. Frank Valentini is the reason all of the soaps have risen.

Amen to that Robert.

I am pleased to read these three individuals have received notice for their work. I only wish any of these three could have been there for my sentimental favorite drama, AS THE WORLD TURNS, which remains sorely missed. Thank goodness, thought, CBS is committed to Y&R and B&B, and Valentini has done such magic with my other lifelong favorite, GENERAL HOSPITAL. Tom is a wonderful actress.

Maybe this trio can usher in a new era of daytime drama and new glory days.

Could not be more thrilled with Frank being honored like this. He really did save GH (with, of course Ron Carlivati), not just by bringing back fan favorites, but by incorporating histroy, staying true to original characters, weaving in interesting new characters, giving us surprises and twists, putting romance and family on the forefront, everything that good soap operas have always had and what only GH is bringing back. Here’s to marking 50 years of GH with one of it’s best years and to another 50 more! 🙂 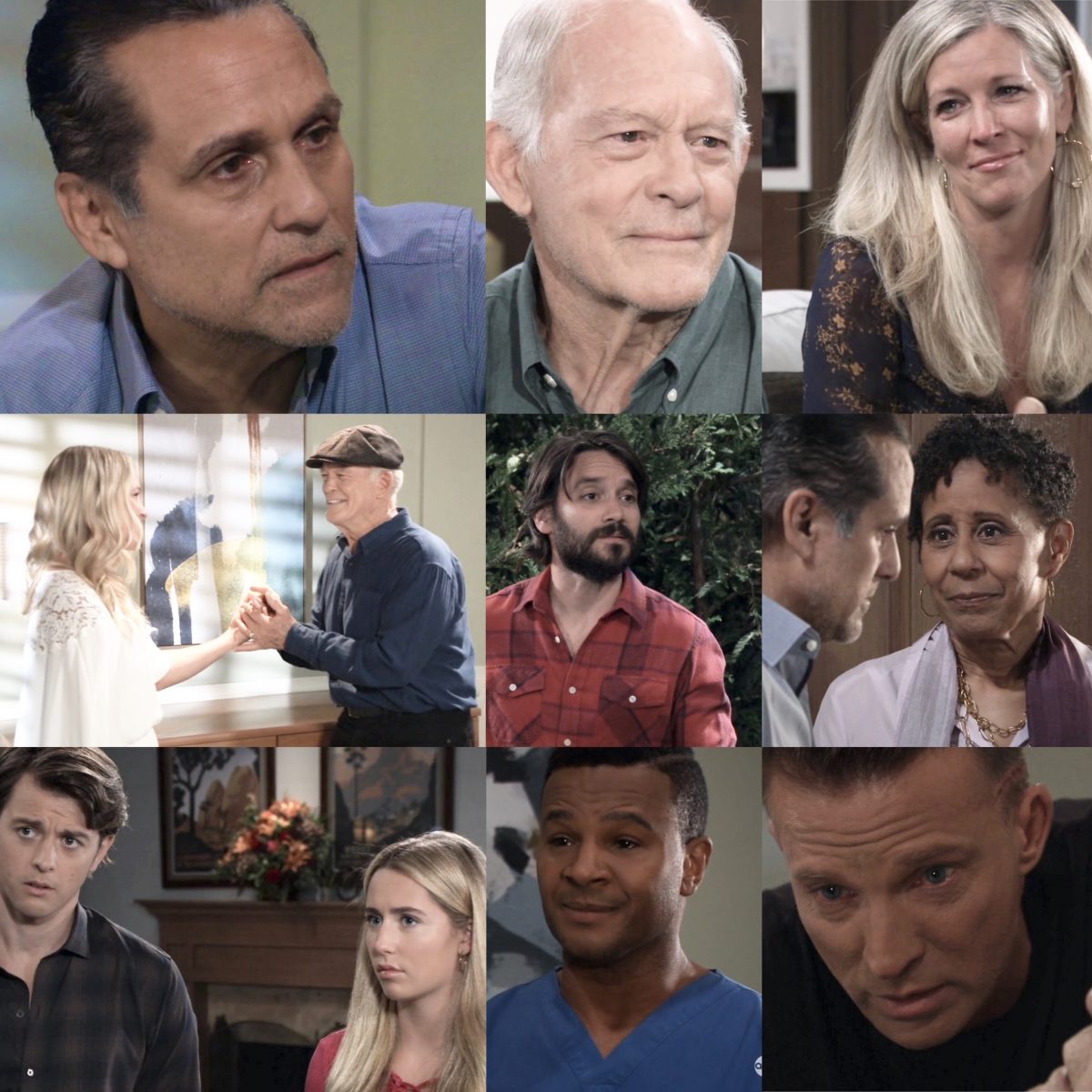 General Hospital’s depiction of the battle of Alzheimer’s disease and how it affects the dying, and the loved ones they leave behind, came to its heartbreaking conclusion this past week on the ABC daytime drama series.

Led by storyline standouts: Maurice Benard (Sonny) and Max Gail (Mike), who once again acted their hearts out in their final scenes together, the entire ensemble of actors who were part of this storyline each had their moments and each delivered which made Mike’s passing all the more poignant.

In a first since we started giving out our weekly kudos several years ago, Michael Fairman TV is giving our Power Performance of the Week to the cast of GH who participated in last week’s scenes for their riveting work.

From Laura Wright’s beautiful goodbye scene as Carly with Mike, where she dreams of him telling her she is a ‘daughter to him”, to Steve Burton’s all-knowing Jason, who tells Mike he will take care of Sonny and not to worry, to Michael (Chad Duell) and Josslyn (Eden McCoy) picturing how key moments of their life would look with Mike being witness to it, and the advice he would give his grandchildren, to Dante (Dominic Zamprogna) finding out that Mike is dying while being so far away from his family – each of these beats brought even more heart-tugging moments to the ending of Mike’s journey.

Even the actors who played a part in Mike’s care were touching as Vernee Watson’s Stella prepares Sonny on how to help Mike pass before saying her final goodbye to her friend.  Then there was Felix (Marc Anthony Samuel), who helped Carly and Sonny through Mike’s last moments at Turning Woods, who was also trying to keep it together through his sadness. Brando (Johnny Wactor) showed up at Turning Woods too, trying to make peace with the death he saw in the war in Afghanistan and now losing Mike.

Of course, there was the surprise moment where Mike is met by his late daughter Courtney and escorted to heaven that both Alicia Leigh Willis and Max Gail played so beautifully without saying hardly a word.

But in the end, it was Maurice Benard who showed us the devastation and acceptance of a son having to let his father go, while trying to make peace with their troubled past that was acting at its best, and perhaps some of the finest in his storied daytime career  – and there was Max Gail – the centerpiece of the storyline – who’s emotional heart was seen in all the scenes last week with the actors as the characters visualized moments with Mike.  Throughout the entire story, Gail played the tragedy of a human being trapped within this horrific disease with brilliance.  He will be missed.

So, what do you think of our choice of the cast of General Hospital for this week’s Power Performance of the Week?  Share your comments below.