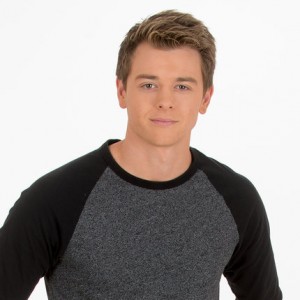 Duell, who is also a Daytime Emmy winner, will play the role of “Adam Kenway,” a mysterious young man who comes to Bay City with an agenda and wreaks havoc in the lives of Pete Garrett (Andrews) and Sara Garrett (Mary Beth Evans).

The Bay’s creator, Gregori Martin revealed Duell had already taped his Season 3 episodes.  “I’m excited for Chad’s fans to see him in a role very different from what he’s played before,” Martin stated.  “He did a stellar job in bringing the character of Adam to life.”

Duell also expressed his feelings about his character. “I loved playing Adam Kenway. He is such a different character than what I have played in my past, which made him so much fun to play. He is a very dark and complex individual, and I had a blast playing with this character. He is so opposite of how I am in real life and those are always the most fun and challenging roles to play.”

“The Bay is loaded with talented actors,” stated Duell. “I I had the pleasure of working closely with Kristos Andrews, Karrueche Tran, Mary Beth Evans, and Thomas Calabro. They were all great. Kristos and I are good friends off camera, so it was different yet fun playing characters that hated each other on screen. I worked a lot with Thomas,  He and I had a lot of fun. He’s hilarious and very talented. I can go on and on about everyone.  It was such a good experience and I am very happy to be a part of such a wonderful cast.”

When asked about working with Gregori J. Martin and Wendy Riche, Duell had nothing but praise. “It was an amazing experience working with them! Gregori is a great director who really allowed me to explore this character and try different things. I would love to continue to work with him in the future.  He brought the best out of me,” stated Duell. “Wendy was great! I could tell how passionate she and Gregori are about this project and it trickles down to everyone involved. They both work very well together. Very happy to work with them!”

Season 3 is slated for a spring 2017 debut.  In the meantime, fans can catch season 1 and 2 of the series via Amazon Prime.

Tonja Walker Shares The Moment She Pulled Up To GH For The First Time In 26 Years!

Chad, congrats on your new gig and I will be watching.