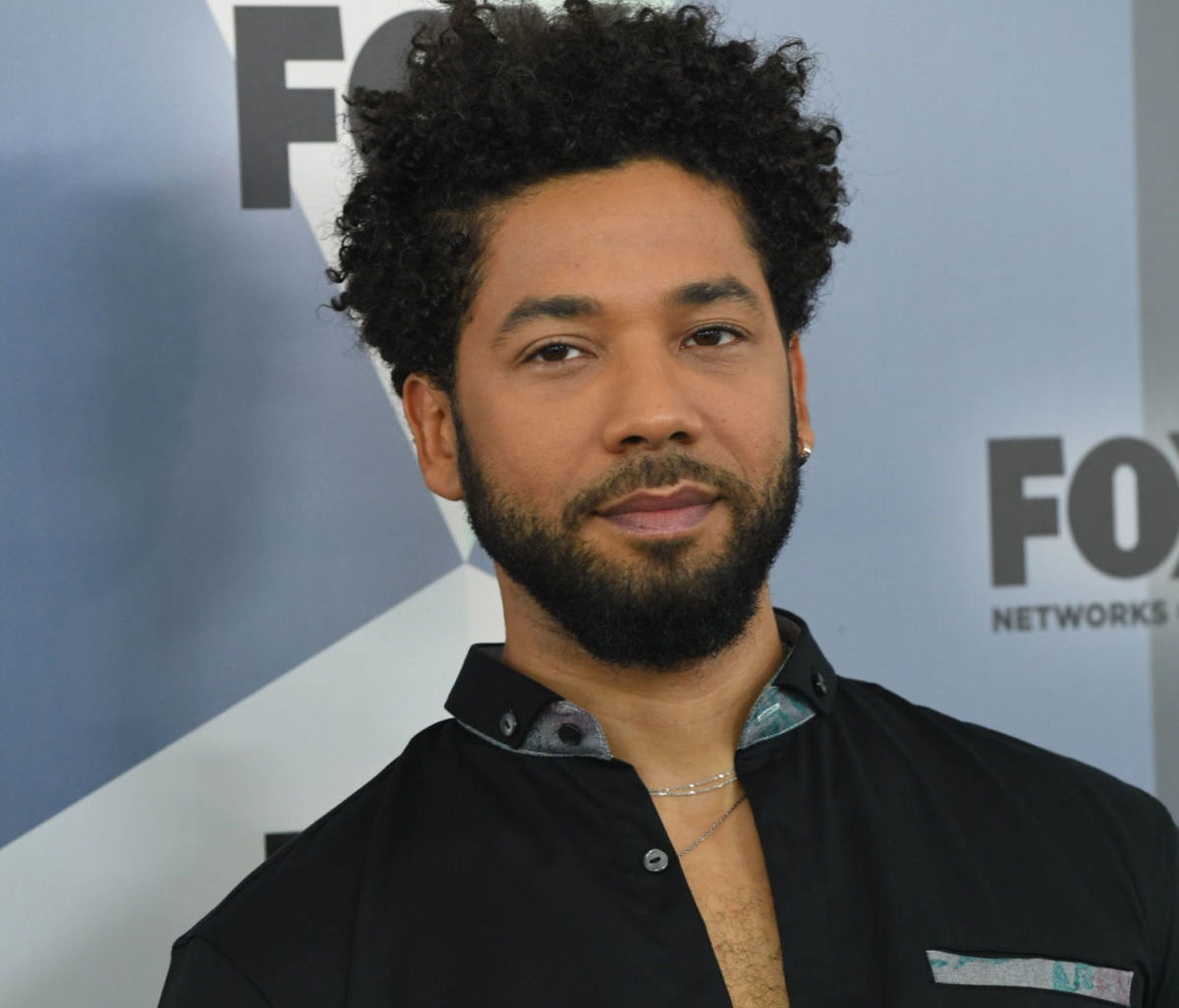 Saturday has brought with it some major twists and developments into the alleged assault on Empire star, Jussie Smollett (Jamal Lyon) through multiple reports.  Two law enforcement sources with knowledge of the on-going investigation told CNN that Chicago Police believe actor Jussie Smollet paid two men to orchestrate an assault on him.

The men in question, who are brothers, Olabinjo and Abimbola Osundairo, were originally arrested on Wednesday, but released without charges Friday after Chicago police cited: “Due to new evidence as a result of today’s interrogations, the individuals questioned by police in the Empire case have now been released without charging and detectives have additional investigative work to complete.”  Reports also say that the two men are fully cooperating with law enforcement.

Of note is: that the brothers are of Nigerian descent and teach online body building classes. The Chicago Tribune reports that Smollett follows the brothers’ workout page on Instagram.   One brother reportedly appeared in an episode of Empire, but was not credited it for it.

Smollett’s attack happened in the early hours of January 29th on the streets of Chicago, when Smollett told authorities that two men were “yelling out racial and homophobic slurs.”  He also noted that one of the attackers put a rope around his neck and poured an unknown chemical substance on him.

The sources told CNN there are records that show the two brothers purchased the rope found around Smollett’s neck at an Ace Hardware store in Chicago.

“The new direction of the investigation is now based on the premise that Mr. Smollett was an active participant in the incident,” a law enforcement source close to the situation told Deadline.

In a statement from Chicago PD late Saturday: “We can confirm that the information received from the individuals questioned by police earlier in the Empire case has in fact shifted the trajectory of the investigation. We’ve reached out to the ‘Empire’ cast member’s attorney to request a follow-up interview.”

In an update to this story: Jussie’s lawyers said in statement over the weekend that one of the brothers taken in to custody was Smollett’s personal trainer, and the actor finds it “impossible to believe that this person could have played a role in the crime against Jussie or would falsely claim Jussie’s complicity.”

So, what do you believe at this juncture?  Do you think Smollett would stage a hate crime on himself? Could the police just not have found the true culprits? Share your theories on this developing story.

Who Makes Their Cast Look Best? The Young and the Restless Wins MUAH Award For Hair and Make-Up

Drake Hogestyn Chats On John Black’s Latest Predicament With Diana and Leo On ‘Inside Salem: Days of our Lives Podcast’

It is both Stupid and Sad– If true, but surely looks as is true, his career is ruined and that is a shame. No doubt that he was motivated to create this mess and as to why that will come out later but- it was a stupid move, much like a lot of the soap opera stories are stupid but they are make-believe, his stunt is not.. (( wondering how Empire will write him out? by death, I’d imagine… hmmmm imagine; how he is feeling now. he must be totally devastated and in dire straights.. it will be a horrible… Read more »

Very sad. What is the motive behind it?

I knew there was something fishy, about this fake attack. The Robin Roberts interview, gave it away. He was nervous and no eye contact with Robin. He needs to pay the price for lying. Send him to Jail.

If this is true, a vile act on Smollet’s part. More important, how unfair to real victims of homophobia, racism, and political attacks.

I-F Jussie Smollett did stage the entire attack on himself…then he needs to be brought up on charges…and then be sent to jail and/or prison.

It is getting harder to tell the difference between truth from fiction nowadays–if these guys were the attackers, he can easily just say they are trying to “frame” him and it would be plausible since they attacked him– but it is just as plausible he did hired them because there were issues with his story from the start. Either way we are living in very sad times– sigh

BINGO, I called it from day one! He is an actor and a bad one at that! Once he faced Robin Roberts it was over! I’m surprised she and ABC fell for this hoax! And would did he gain? NOTHING! His career is over and I’m sure its someone elses fault and not his! This should NOT turn into a political pissing contest! ALL people of color and people who are gay should turn on this “Man!” Plus, the time wasted on this investigation. Celebrities who rushed to his side, I hope you learned a lesson! He didnt!

Amen, Timmmbo! I actually waited for this obviously phony farce to play out before commenting, although it was such a fantastically far-fetched account from the very start that anyone with an ounce of common sense could literally “smellitt” for the theatrical hoax it was. It would have been quite one thing to credibly claim an attack based upon a singular, specific aspect of this person’s known background, since sadly, these things do happen in reality. However, to concoct this terrible trifecta of a bashing covering the combined notions of race, sexual orientation a, of course, criminals who were of another… Read more »

Shay, I never even knew who this was before his claims. Now I know the name and face and he is not a victim, he is a criminal!

@Timmm….Now everyone knows the name of this self-promoting, prevaricating punk, and none of it’s for good reason! (Apparently, lying to law enforcement is nothing new for this person….previous fraudulent information has been supplied to police concerning past criminal conduct.) I hope the very Small-ett enjoys all of his newfound notoriety whilst his sorry butt is sitting in the slammer…he deserves nothing less than a nice, hefty jail sentence for his hate-filled. antics.

I would hope that this comes out to be false but if true he needs to be brought to term but also needs help. Things like this are also a cry for help for individuals that are in crisis. I hope things get resolved quickly for all’s sake. A very sad thing.

Pathetic. He should be prosecuted ….. this guy did a disservice to those who are truly victims of a hate crimes. It’s like crying rape that didn’t happen……ruins the credibility of so many women and men who have been violated. I saw an interview with this guy before he concocted this fake “crime”….He went on and on about his hate for President Trump. His hate for the Prez compelled him to go to this extreme …..the media was all over it; spewing its fake news…. including politicians and Big Mouth Maxine, accusing Trump and going back to her litany of,… Read more »

If he did plan this (and it looks that way), I hope that he is prosecuted. He wasted a lot of police time and energy investigating a hoax.

what people will do for attention, how sad.