On Saturday night, The Make-Up Artists and Hair Stylist Guild Awards (MUAH) were doled out in ceremonies held in Los Angeles recognizing the work of series and features in television and movies.  The award is given out in 23 categories.

In the categories of Hair and Make-Up in Daytime Television, the winners were The Young and the Restless.  The winning team for Y&R make-up was: Patricia Denney, Marlene Mason, Kathy Jones, and for Hair: Regina Rodriguez, Adriana Lucio, Vanessa Bragdon.

Y&R won on a night that saw such standout shows as The Marvelous Mrs. Maisel, Jesus Christ Superstar, and films: A Star is Born, Vice, and Mary Queen of Scots taking home the prize in major categories.   See complete winners list here. 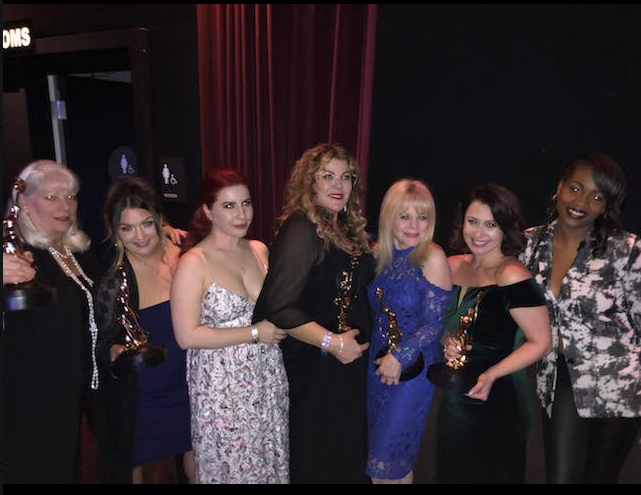 The MUAHS were presented just out one day after the Academy Awards reversed its decision to hand out the Oscar for Makeup and Hairstyling during commercial breaks.

They had previously announced that it would present the categories of: cinematography, film editing, live action short, and make-up and hair during commercials and then later playback the acceptance speeches later in the broadcast.  However, due to the uproar of that decision, it was quickly reversed and now all categories, per usual, will be presented on-air.

So, what do you think of Y&R wins last night in the Daytime category?  Do the characters of Genoa City look the best in daytime? Share your thoughts via the comment section below.

Y&R certainly deserves this. The only thing which made this idiotic, maddening and never ending JT storyline bearable was watching how fantastic Sharon, Victoria, Nikki and Phyllis looked. I also love Abby’s wardrobe.