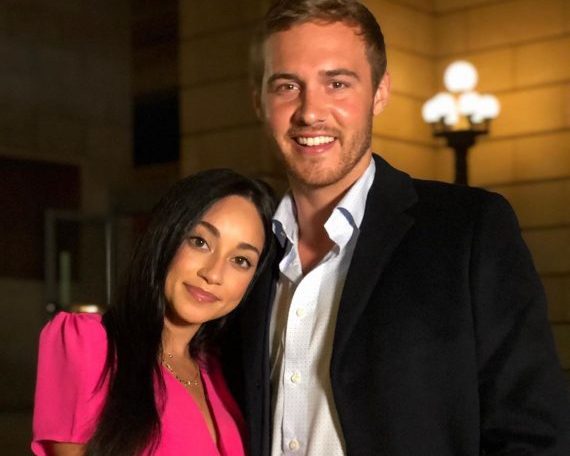 Viewers from last night’s episode of The Bachelor saw a sexy photo shoot on location in Costa Rica with Peter Weber and the remaining contestants vying for the final rose, being produced by the editor-in-chief of “Cosmo”Jessica Pels; for Cosmopolitan’s digital cover along with their photographer.  During it, Victoria F. (Victoria Fuller) was chosen  by Pels to be the gal on the cover with Peter after their chemistry was displayed during the shoot.

However, “Cosmo” has killed the cover featuring Victoria F. after information on her past surfaced.  Pels wrote an open letter that she posted on the Cosmo website as to why.  See below for why Pels dumped Victoria F. from the cover of the digital version of the magazine.

Pels: “It wasn’t until a few weeks ago that I found out that the woman I had chosen, in her past, modeled in an ad campaign wearing White Lives Matter attire.  (It’s been reported that what she modeled for was actually a Marlin Lives Organization focused on preventing white and blue marlin from being overfished, which used “white lives matter” and “blue lives matter” messaging on its promotional shirts and hats. In my view, the nature of the organization is neither here nor there—both phrases and the belief systems they represent are rooted in racism and therefore problematic.)

Unequivocally, the White Lives Matter movement does not reflect the values of the Cosmo brand. We stand in solidarity with Black Lives Matter, and any cause that fights to end injustices for people of color. My team and I had many long discussions about how we wanted to address this issue. We’d already printed the fashion shoot in our March issue, complete with an inset of the cover, and of course the episode had already been filmed. Ultimately what felt right was choosing not to publish the digital cover on our website or social feeds, and simply being honest with you, the audience we respect, about what happened and where we stand.”

For those want to see the digital version article of the photo shoot click here.

As of now Victoria, nor ‘The Bachelor’ producers, or ABC, has commented on the decision they made.

So do you think about the decision to remove Victoria F with Peter from the digital cover of Cosmopolitan? Comment below.

TODAY: Mia St. John Visits ‘The Doctors’ To Raise Awareness On The Tragic Deaths Of Julian and Kristoff St. John

Everything isnt always tied to racism just because the words white is in it…and as for blue lives matter-do we think that is offensive tied certain groups like SMURFS!!!