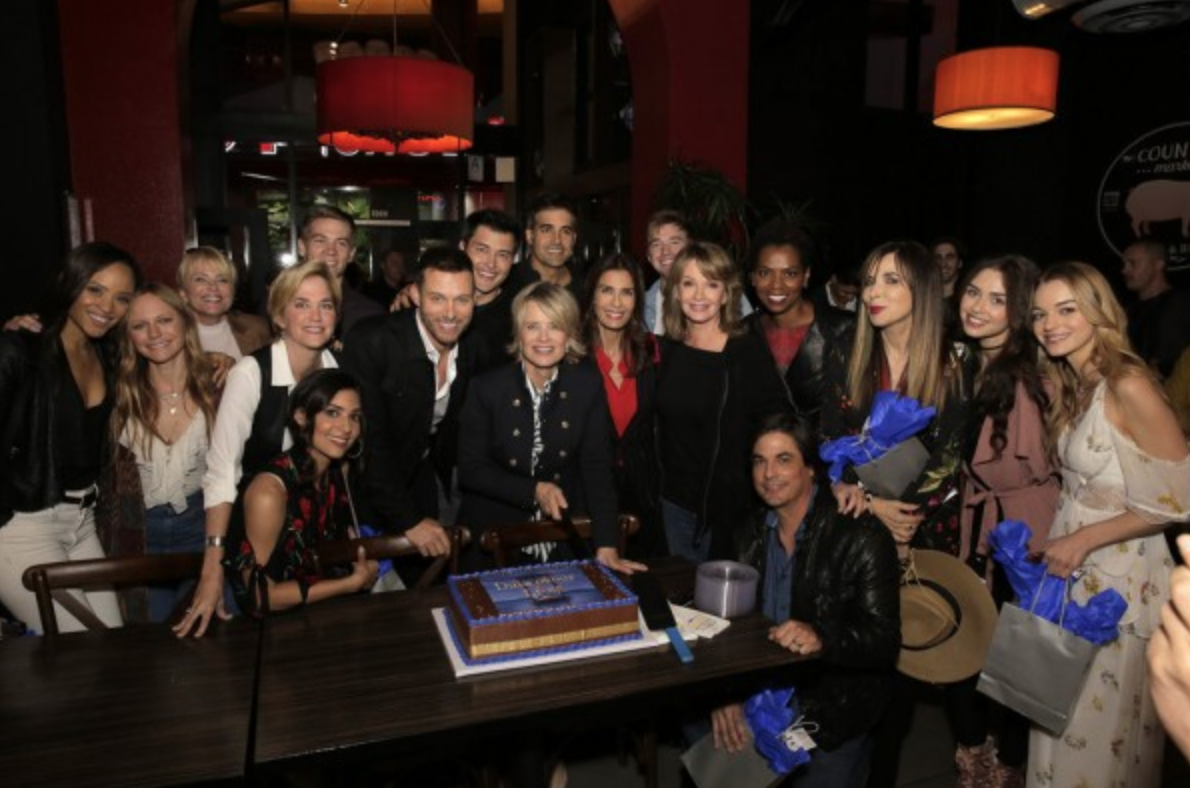 Last weekend, the stars of Days of our Lives gathered for the annual Day of Days fan fest and press junket at Universal Studios CityWalk in Universal City, California.  The series, which turned 52-years-old earlier this month on November 8th, came into the event with some major on-screen drama going down for November sweeps which had everyone buzzing! From JJ (Casey Moss) shooting Theo (Kyler Pettis), to Will (Chandler Massey) being found alive, but with amnesia, and more, there was so much to discuss with the cast.

Over the past week, On-Air On-Soaps Michael Fairman has rolled out his annual Day of Days interviews with the cast via his You Tube channel, The Michael Channel.  Now all interviews have been posted, and if you missed any of them, or are looking for your favorites, you can click on the links below, which takes you right to the interview, or you can watch some of them after the jump! Make sure to “subscribe” if you watch them on The Michael Channel.

Following conducting these interviews during Day of Days, the cast participated in a Q&A with the fans in attendance, a Days of our Lives anniversary cake was served, and then everyone was glued to the CityWalk jumbotron for the unveiling of the November sneak preview, also a staple of the event  In addition, throughout the event a loop reel called “The Essence of Days” played with clips highlighting some of the memorable moments and storylines over the last few years. 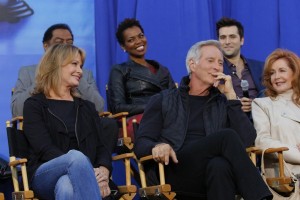 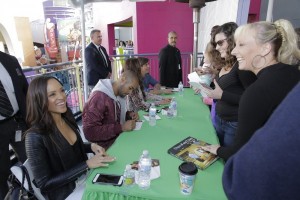 Which Day of Days Interview has been your favorite? Let us know in the comment section below!

The Bold and The Beautiful Unveils The Ingo Rademacher Promo!

RATINGS: Big Week For The Bold and the Beautiful!

I DID NOT expect this – now interviews !!!! with the cast Mr. Michael Fairman . you are so eloquent… you are so in the trenches for all of us out here just chomping at the bit. there are so many of us who are CELEBRATING @DAYS… it would seem like it’s DAYS fans who have been to the rodeo and/or languished with this show… and to see the sun rise and back in the saddle. LOL… oy – I am having so much fun “living” in Salem again. this show from start to finish is a full hour of… Read more »

#1. Billy Flynn and Marci Miller . my favorite and FUNNEST winsome twosome. yeah, they make – love – new again the repertoire , between the two of you… astonishing as I’ve long posted.. and love telling the way Chad and Abs.. respond to each other… finishing each other sentences and the body language that goes with their acting. whet the senses. @Billy . the bottom line.. for this genre… is what you have w/ Marci. spades sure it’s still new and inviting… you have the DIMera mystique that will never go away as for Rob Scott Wilson – a… Read more »

Judi Evans should most definitely receive an Emmy nomination for the doppelgänger story. She was wonderful. I’ve been impressed by her since I started watching Days. She should be in front burner stories much more often.

Doug and Julie remain my all time favorite super couple…Bill and Susan add a touch of class to every scene they are in…The King and Queen of soaps!!!…off topic..Ann Wedgeworth who played Angela Talbot on Edge Of Night and Lahoma Vane Lucas on Another World/Somerset and done movies and was in several prime time series such as Three’s Company, Filthy Rich and Evening Shade has passed away at age 83…she was a huge talent and a big favorite of mine!!!

Wish I could have been there!

she has a beautiful glow about her

My lady love is , by all accounts ( with all due respect ) looks HEALTHY

I’ve gotten high on this subject

Days is my mom’s soap so I kind of know what’s happening because I’m often with her when she’s watching–I NEVER expected it to be this good with RC as Headwriter after GH was such a hot mess with him at the writing helm. The other writers must be supporting him quite a bit, luckily, and working as a team. There are so many things on this show that GH is lacking: 3 SuperCouples on the front burner, a young gay love triangle on the front burner, a riveting socially relevant police story on the front burner and ALL involving… Read more »

i’m thrilled for DAYS and the fans of

Koslow and Pengliss – the dream team

they have been layering their characters with so much color…

the nuanced delivery with equal script: the stars are aligning

the DiMera Mystique is enchanting.. and made real with both Andre and Kate personal lives .. whether clashing… make believe… and understanding each other… yet playing your hand @ for the ultimate purpose.. Business before pleasure… really?

PS: she is so cute in this promo. at the right angle.. I see Christie Brinkley…

James Reynolds and Vanessa Williams I don’t know what … they were channeling… they did not have to much to do without making this story headline or topical event. THIS IS MY THEO all that needs to be going on. the Carver familial.. bar none.. the best on daytime. the close knit cohesive bond… bar none. Abe / Valerie / Eli / Lani / Theo i’m so happy that RC continues to flesh out and bring shades of color. without color we’d be black and white I’m happy to marquee.. this has never been a token familial on this show.… Read more »