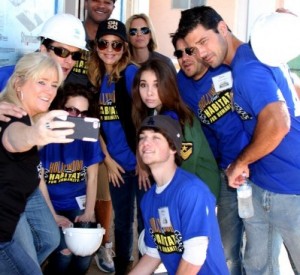 Proof positive that your favorite daytime soaps are holding their own and then some, as we get heavily into the spring of 2014, comes a very upbeat look at the daytime dramas still on the air and the increases they have brought to key female demos and gains in total viewers from a piece in Variety.com!

In addition, with support from the network brass at the top including CBS Daytime’s Angelica McDaniel, NBC’s Bruce Evans and ABC’s Vicki Dummer, soap journalist Michael Maloney told Variety,  “What the soaps seem to have is terrific support from the network. The right people are running them, and each of the remaining shows are doing a great version of their show for their core audience.”

As for Days of our Lives and General Hospital, these two iconic brands have brought in the some all important younger viewers again.  According to stats in the Variety article: “General Hospital has grown from last year by 9% in total viewership (to 3.32 million) but it’s also up by 19% in women 25-54 and by 11% among those 12-34, according to Nielsen. As a result, its median age of 55.5 for the current season is down from 56.1 a year ago. Days of Our Lives is up 10% (to about 3 million viewers), but its biggest gains are among females 12-34; its median age of 57.8 is nearly one full year lower than last year.”

But don’t forget the CBS soaps that are number # 1 and #2, Variety reports while, the CBS soaps skew older, they’re also the most popular overall. The Young and the Restless averages 5.3 million viewers daily and The Bold and the Beautiful bags nearly 4 million.

So soap fans, do you see the difference in the support from the network brass for your favorite shows over the last few years after the demise of four soaps in row?  Are you a younger viewer who has begun to tune-in to one of the four remaining network soaps? And are you glad to see, as much as we are, some solid positive press on the state of the daytime drama? Comment below!