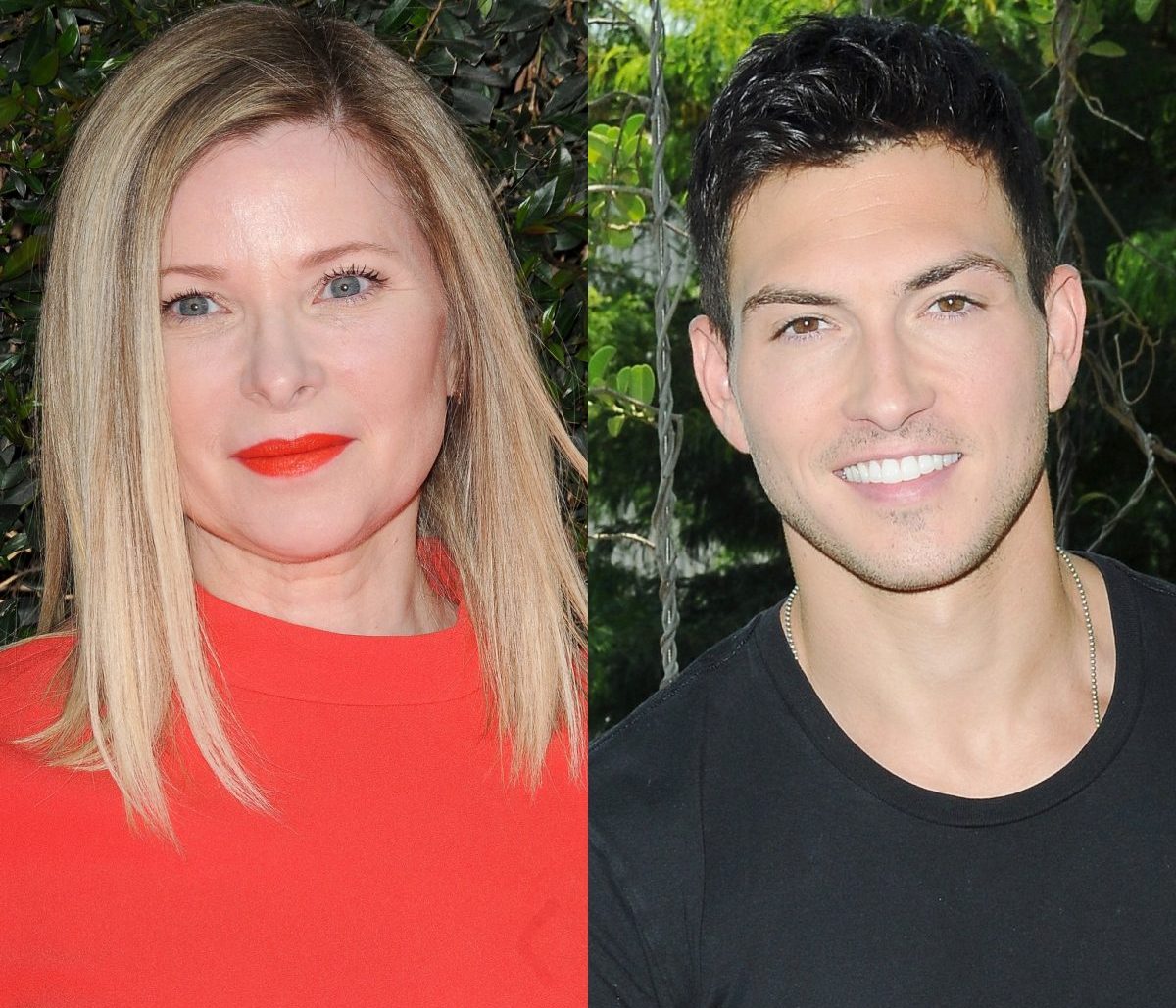 Current Days of our Lives and former All My Children reboot stars, Cady McClain (Jennifer, Days, Ex-Dixie, AMC) and Rob Scott Wilson (Ben, Days, Ex-Pete AMC) chat with Michael Fairman in an enlightening and exclusive conversation for the Michael Fairman Channel on You Tube.

McClain, who recently took over the role of Days of our Lives beloved heroine Jennifer Horton from mainstay Melissa Reeves (who chose to stay with her family in Nashville during Covid-19 thus forcing the series to recast the role for now) talks about stepping into the key part of the Salem canvas, plus the recent Jennifer/Kate fight over Jack (Matthew Ashford), and how the legacy series is coping with production during Covid-19. 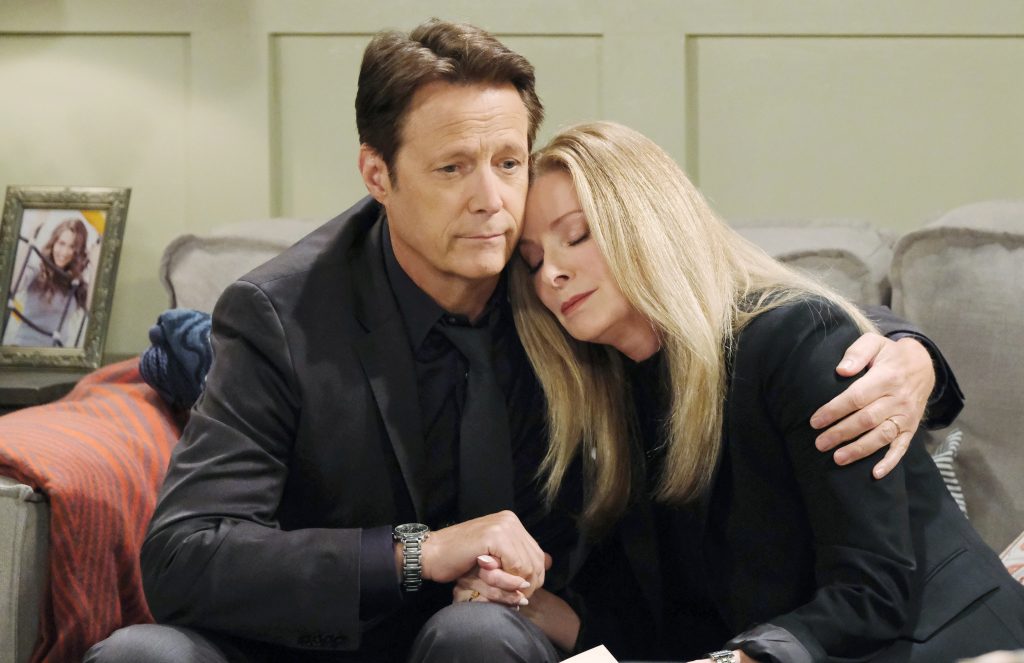 Rob, talks about landing the role of Ben and being a recast, and in an emotional moment, reveals how he credits the opportunity to the late producer, Lisa de Cazotte. Wilson also shares his hopes for his Salem alter-ego who is struggling to move on with his life after the supposed death of his wife, Ciara.

The actor also opens up on if DAYS decided to recast the role of Ciara, since Victoria Konefal is not presently with the NBC soap full-time, how he would feel about it and thus the future of Cin. 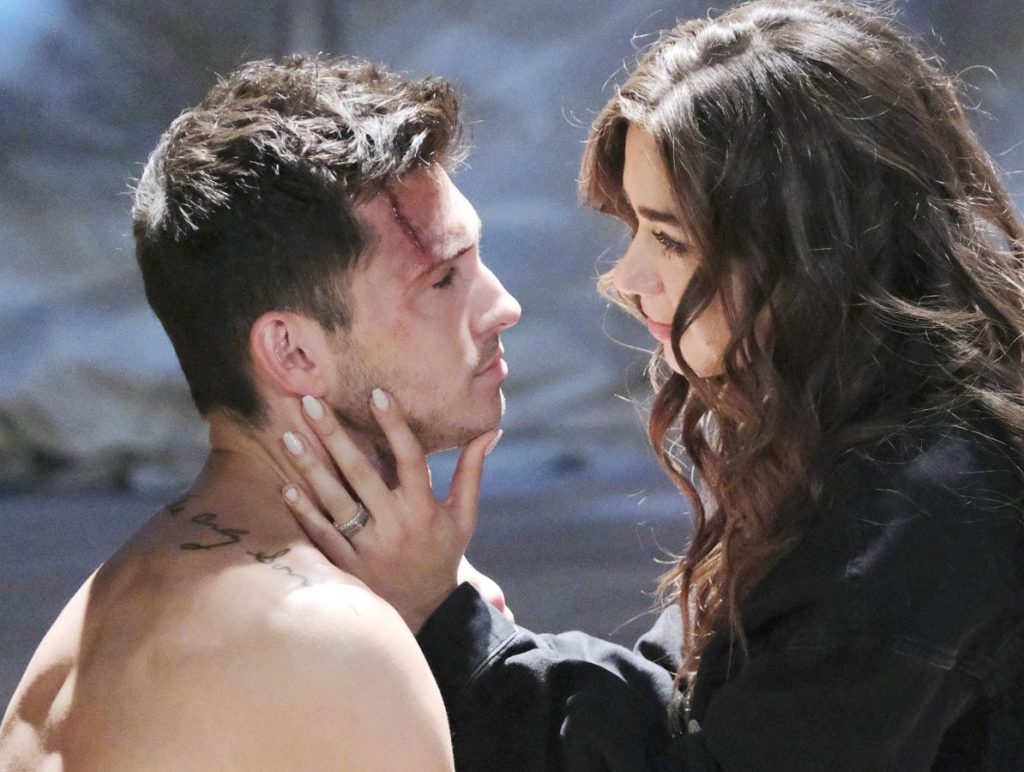 Both Cady and Rob first appeared together in Prospect Park’s online revival of All My Children. In this interview, they discuss how they had high hopes for the continuation of the series, how it ultimately fizzled, and what it was like to be a part of the then, groundbreaking first, for a daytime drama series along with One Life to Live. 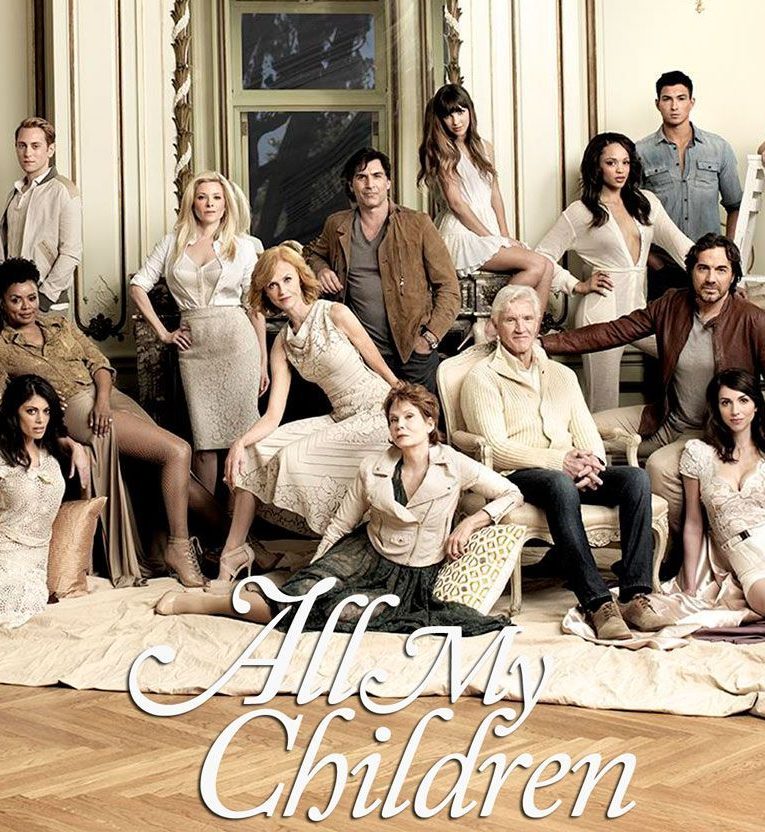 In addition, Cady gives the viewer insight on how she runs lines for both DAYS and GH at home with her real-life husband, Jon Lindstrom (Kevin and Ryan, GH), while Rob talks about his recent storyline where Ben was kidnapped and tortured by a vengeful Eve (Kassie DePavia) and much more.

Check out the full chat with Cady and Rob below. Then weigh-in: How would you feel if there was a Ciara recast? What are your hopes for the holidays for Jennifer? What did you think of the stories shared by Cady and Rob in the interview? Comment below, and if you have not done so already make sure to “subscribe” to the Michael Fairman Channel for more celebrity interviews.

Watched it this morning, and it is a shame to me that Cady McClain has always been the recast in daytime, and never given an original role. That being said: she is doing fantastic work as Jennifer, and I do wish she would stick around!

Didn’t she originate the role of Dixie? As for how she is doing on DAYS, I agree! She is doing phenomenal, I actually prefer her over Melissa Reeves. I wonder if she would consider joining this or GH permanently.

TECHNICALLY when Dixie was introduced as Palmer Cortland’s niece, she was briefly played by another actress initially. However, the character of Dixie Cortland didn’t really come alive on screen until Cady inhabited the role.

Hi Scott,
I too, adore Cady McClain as recast Jennifer, I wish she would stay, too, she’s so dynamic and interesting to watch. I hope DAYS keeps her for a long while.

What a wonderful interview! Thank you, Mr. Fairman, for conducting it and posting it for our enjoyment. Both interviewees are stellar in their acting, and each comes across as respectful and relatable. One point that was overlooked is that Cady McClain was also a recast in her iconic role of Dixie Cooney on All My Children. Granted, the original actress was on for just a few months; nonetheless, Cady McClain was a recast there too. I should add that Cady McClain is terrific in the role of Jennifer. I have only recently started watching these interviews, and each time, I… Read more »

I have always loved every character Cady has ever played. Even as a recast, she came in and made the role her own. On AMC as Dixie on ATWT as Roseanna or Rosebud as Karly called her, on GH I loved her as Nina, and as Jennifer on Days, previously played by Missy Reeves. whom I like but would love for Caddy to stay on indefinitely. Always a bridesmaid and never a bride is an old saying, but sometimes the bridesmaid outshines the bride, and I feel Cady does just that!

Cady is doing a good job as Jennifer. I know it’s got to be hard stepping into such a legacy character. Rob has made Ben his own. I’m glad the role was recast. Justin was not right for it. They are both doing a great job and I can’t wait to see what’s next. Days is the best soap. I wish the ratings reflected this.

This was an awesome interview!!!! Just some little things…..Caey has been a recast FOUR times….not two as the interview suggests. Hard to believe…but yes…she was a recast Dixie on AMC. Kari Gibson had the role for a short while. Then she was recast as Rosanna on ATWT. Then she replaced Cynthia Watros as Kelly on Y and R. Now she is temporarily replacing Melissa on DAYS. I wonder if she didnt want to talk about Y and R. Her role there turned out to be quite thankless.

They are both a joy to watch, the show however on the other hand is another story. I actually tuned into BB and took Days of the DVR.