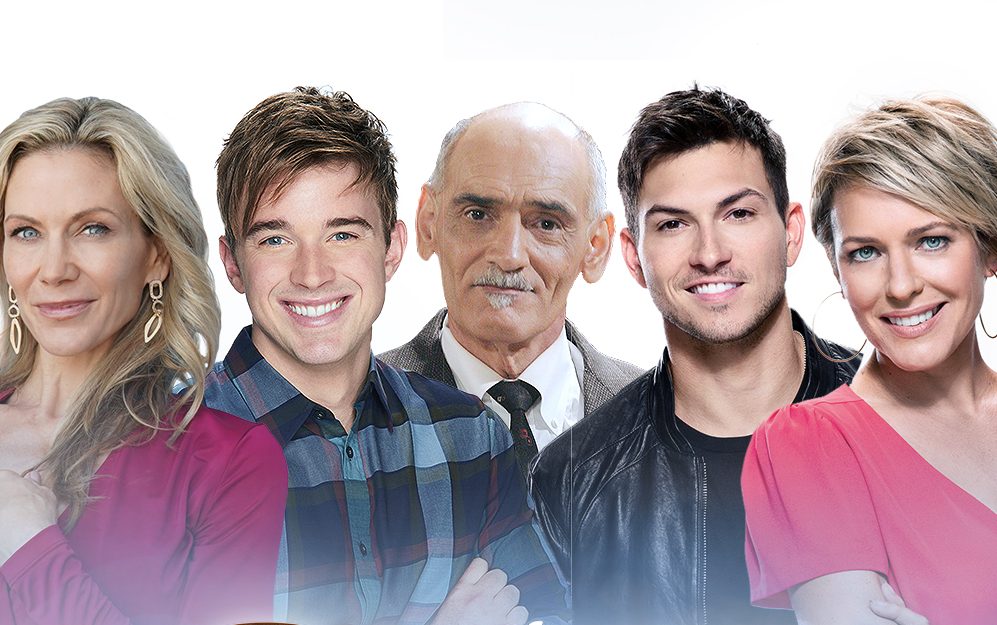 NBC’s Days of our Lives is about to celebrate their anniversary and the kick-off to their new season on November 8th, but before the festivities get underway, the latest episode of the Inside Salem: Days of our Lives Podcast gets the celebration underway by welcoming five fantastic performers from the show in a special roundtable discussion and more.

On the podcast, Stacy Haiduk (Kristen/Susan), Chandler Massey (Will), Arianne Zucker (Nicole), Rob Scott Wilson (Ben) and William Utay (Dr. Rolf) sit down with host Michael Fairman and discuss key story points in their character’s current on-air story, their past and their thoughts on being part of the iconic soap opera.  In addition, each actor also weighs-in on a scene that they just could not hold it together in and how they broke into laughter for quite some time!

Later, Fairman tests the groups Salem IQ and knowledge of their storylines in a game called, “Do I Know My Storylines?” Find out which actor knew the stories best, and how some were completely stumped at some of the questions.

DAYS fans may know all of the answers so play along with the roundtable and see how well you stacked up against them.  The segment brought out many laughs from the performers.

To listen to the podcast: download via iTunes here (or other major streaming pod platform) or head on over to NBC.com/Inside Salem.

Then, after listening to the show, let us know what was your favorite part? Plus what are your hopes for Kristen, Susan, Dr. Rolf, Will, Ben and Nicole as the stories unfold in November and on? Share your thoughts via the comment section below.