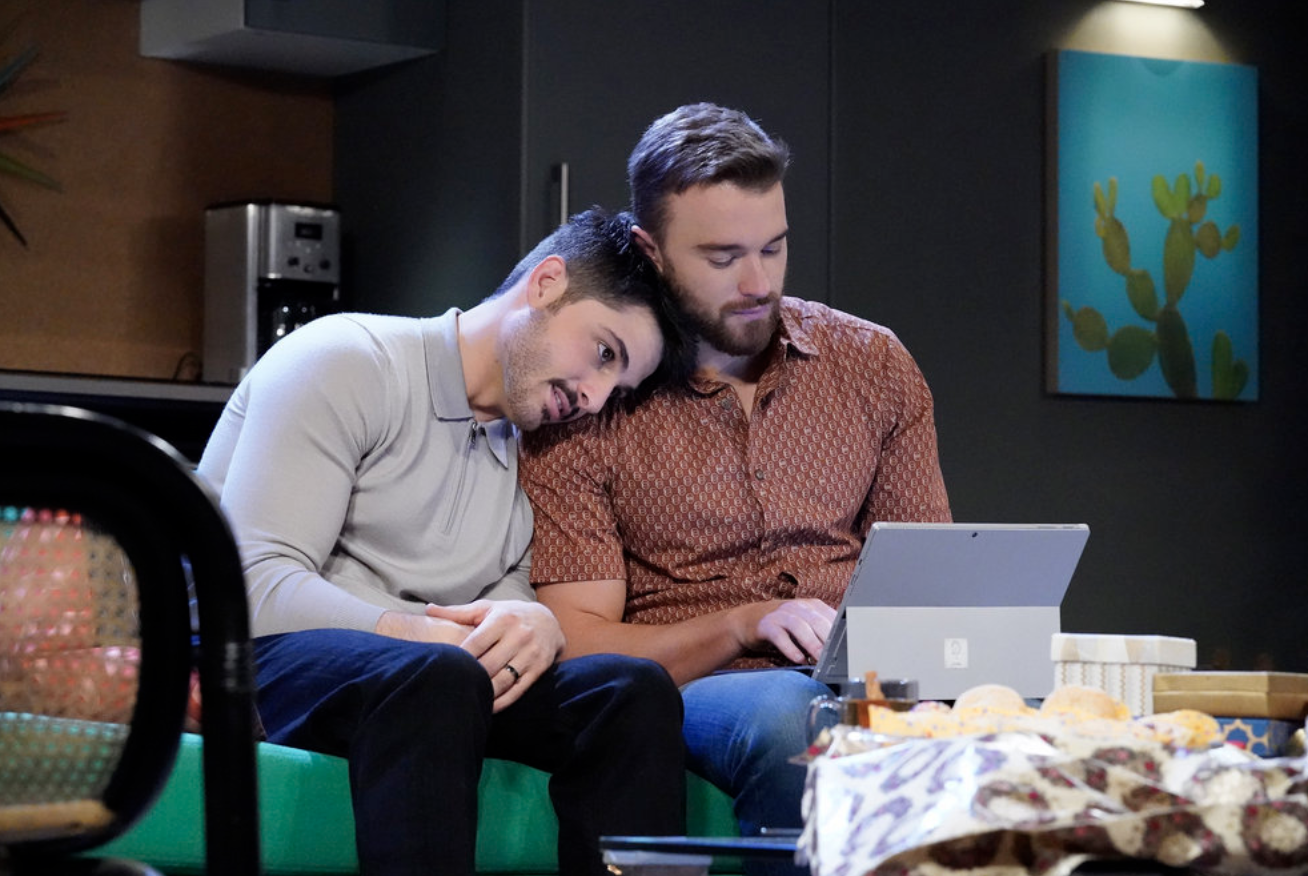 Chandler Massey (Will) and Zach Tinker (Sonny) are back for another streaming special, reprising the duo of “WilSon”.  Massey and Tinker can now be seen in the holiday film, Days of our Lives: A Very Salem Christmas now on Peacock.

In a new virtual interview with Michael Fairman for You Tube’s Michael Fairman Channel, Chandler and Zach talk about their scenes and their participation in the Salem Christmas tale. 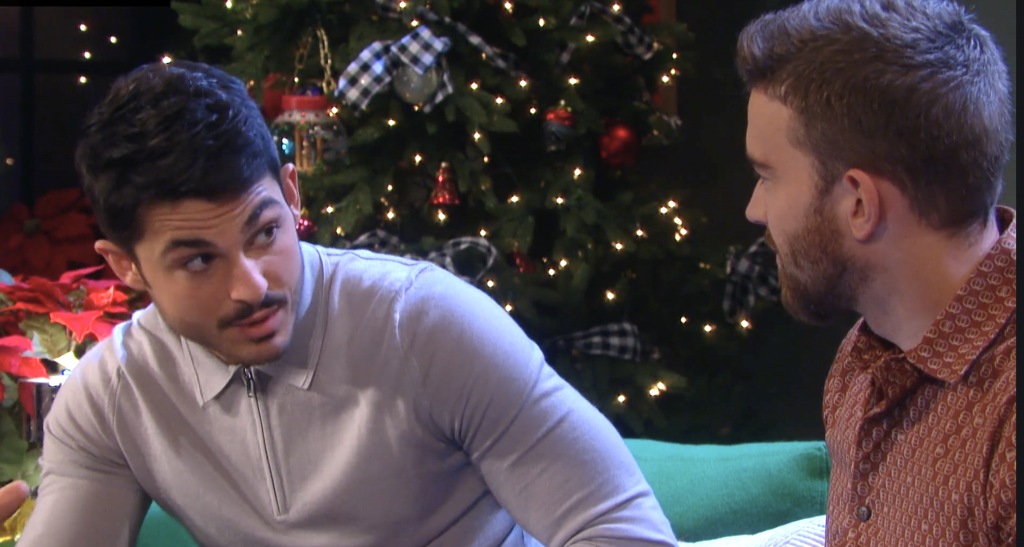 As many know by now, in story, Will has to act fast to come up with a story for his script with his Christmas Eve deadline approaching.  Sonny decides he will assist Will and help conjure up the story, and thus we get an altered version of Salem from the guys that plays on the history of Days of our Lives. 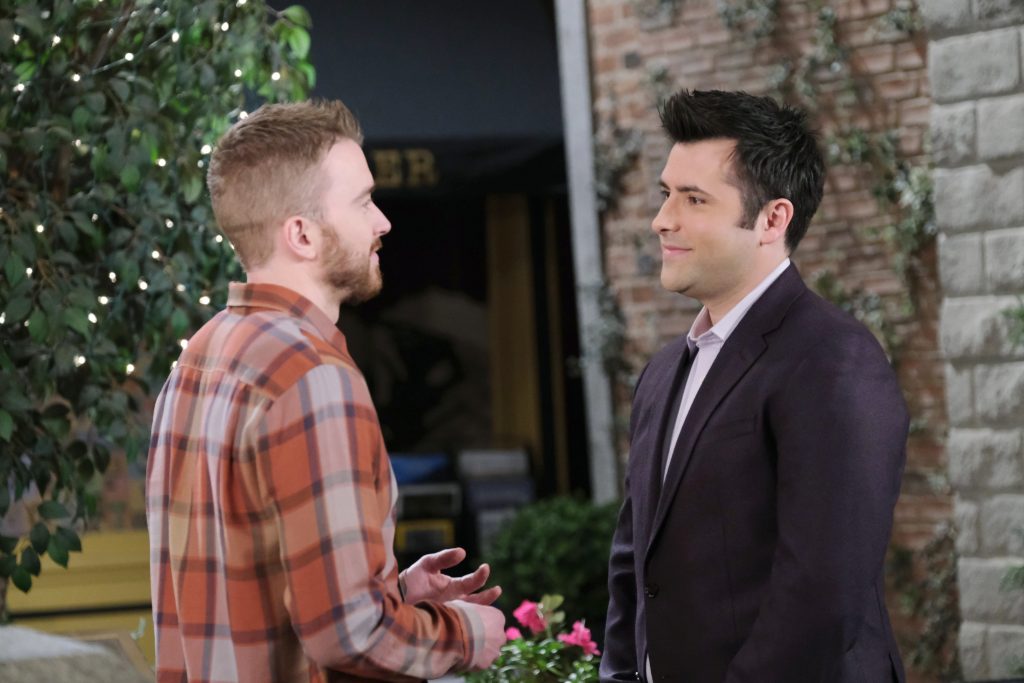 During the conversation, Zach weighs-in on being a recast for Sonny (previously played by Freddie Smith), and Chandler shares that it’s always challenging to step into a role played by someone else – something he also had to do when he began on DAYS. 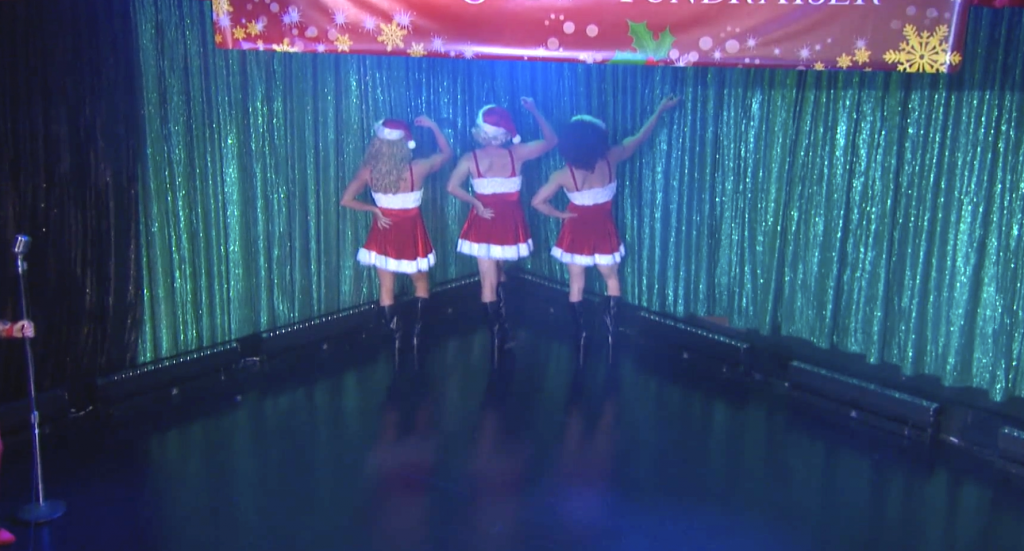 In addition, the two discuss reprising their drag roles of Amanda Bottom and Sonny Delight for the holiday number to help save Salem business owners from eviction in Days of our Lives: Beyond Salem.

The actors also banter about the importance of maintaining a presence for ‘WilSon’ as one of the only LGBTQ on-screen duos as part of a daytime soap opera.  The question is: will the airshow write them back in? 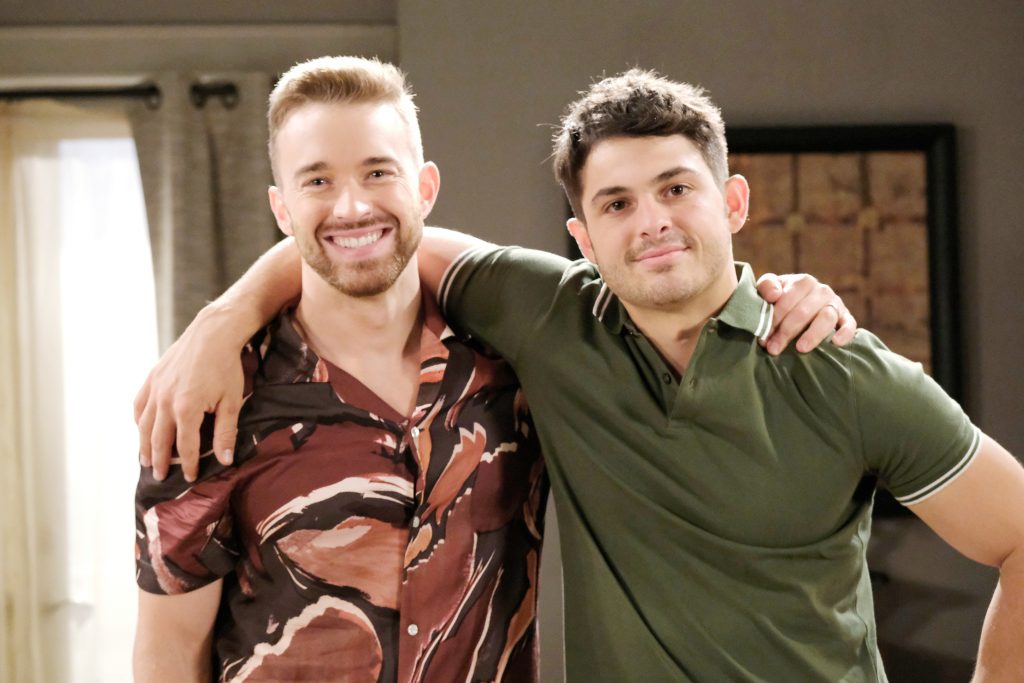 Chandler also weighs-in on: if he was writing Will’s holiday script, what would he like to see befall the good citizens of Salem? You’ll hear his answer.

Check out the interview with Chandler and Zach below.

Now let us know, are you enjoying Chandler and Zach as the new version of WilSon? Share your thoughts in the comment section.

Heather Lindell Returns to Days of our Lives

‘Days of our Lives: A Very Salem Christmas’: What Did You Think of the Holiday Tale?

Well, I wish they’d lose all the unnecessary facial hair; those beautiful faces need to be SEEN. Love the WilSon couple otherwise. These guys are so hot together the viewers should wear sunscreen.

YOU are on fire, Soaphound! Good stuff!

They would certainly be better as drag queens without the beards.

I’m watching the Christmas special now and I’m loving it!

I found “A Very Salem Christmas” highly entertaining, including the stunt casting and throwback matchups. I would be happy to see more such Salem short-from programs. Bring Massey and Tinker to the mothership if possible. Tinker makes a great Sonny. And Fairman’s interview of Massey and Tinker was also interesting.