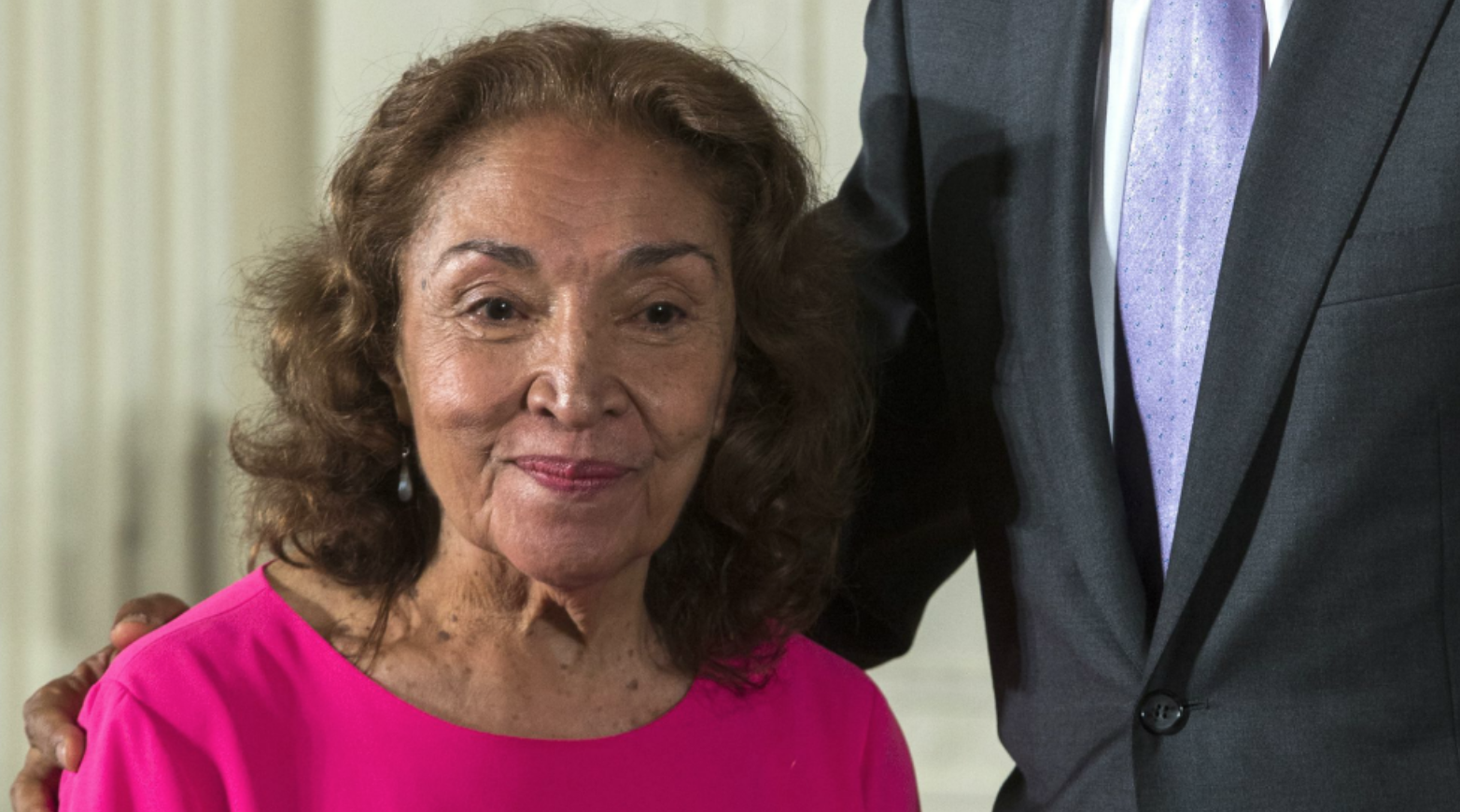 On Saturday, another veteran performer passed away.  This time it was reknowned Latina actress, Miriam Colon, who died at the age of 80. Her husband informed the press that Colon died on Friday following medical complications from a pulmonary infection.

While best known for her performance as Al Pacino’s mother in the motion picture Scarface in 1983, Colon made her mark on the entertainment community through various film and television roles, as well as founding the Puerto Rican Traveling Theater in New York.  Over the course of decades, Colon collected over 100 acting credits.

Soap fans will remember Miriam as the evil Maria Santos on Guiding Light, and as the on-screen grandmother to Tony Santos played by Days of our Lives Jordi Vilasuso (Dario).

Vilasuso took to Instagram following the news of Colon’s passing expressing: “RIP #MiriamColon my Guiding Light abuela who was an amazing force on screen and off. Thank you for your example, generosity, and inspiration!”

Back in September 2015 Colon received a National Medal of the Arts from then-President Barack Obama. Colon was noted to be a “trailblazer” who “helped open doors for generations of Hispanic actors.”

So, do you remember Maria Santos on Guiding Light and her villainess ways? Share your remembrances on Miriam Colon in the comment section below.

I never really cared for the Santos mob angle being introduced on “Guiding Light,” but Ms. Colon was riveting to watch. In fact, she was proof that the mob wasn’t needed. Just having Abuela Santos around as a strong-willed matriarch would have been enough to fuel stories based on family dynamics. She was a unique presence on daytime. Comfort to her husband, family and friends. May she rest in peace.

I truly enjoyed the mob stiryline! Ms Colin was superb in all performances.

I miss gl!! Even the time when she was on was better than any of the soaps now.

Exactly right, when I thought of so-so years like she was on, or the lame ones like 1995 and 1996 they are better than what all of the soaps are doing today.

very much remember her . my late father was fascinated by her guiding light character . He would always mistakenly call her ” Maria dos santos ” , he would always tell me what new trick maria would pull ! he couldn’t believe the tricks and stunts she would pull ! great times !

Yeah I liked her, she and the actress who played Carmen Santos were powerful women and actresses. I loved seeing them play off of each other, along with Danny Santos also.

She was an amazing actress and loved her role on Guiding Light. She was so evil.