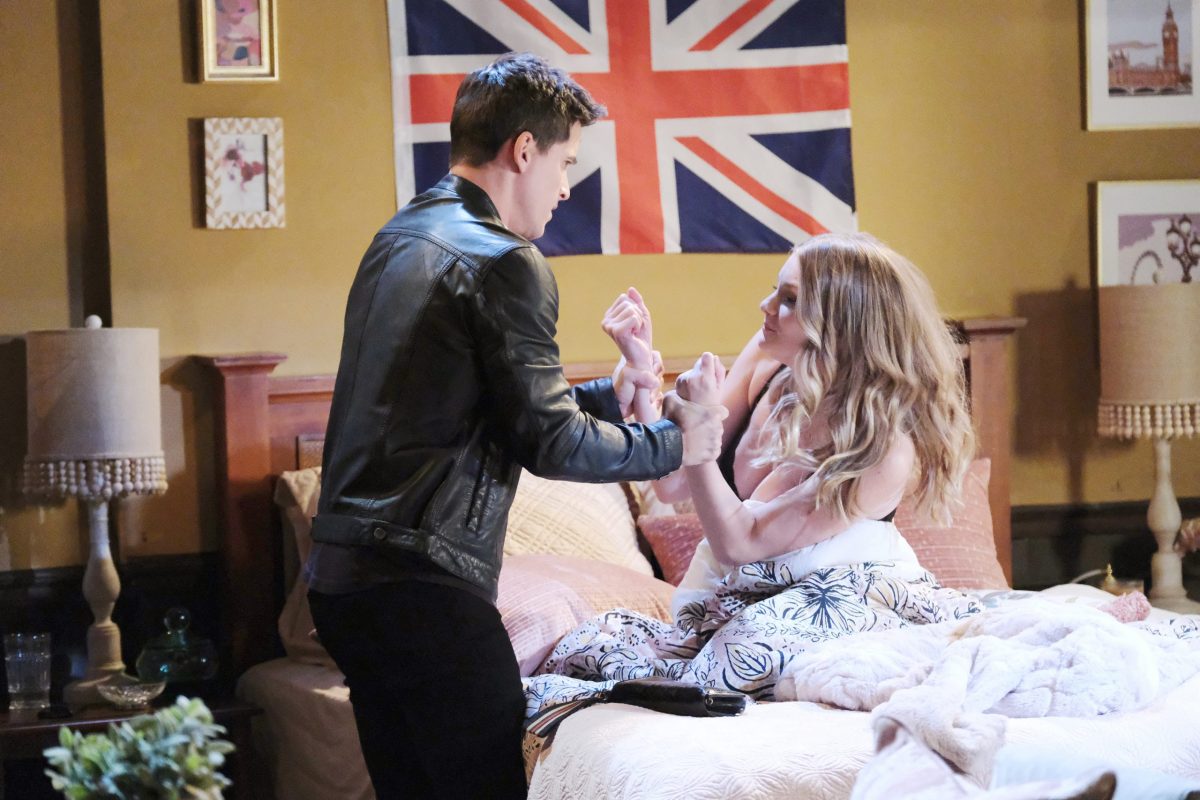 On Thursday’s episode of Days of our Lives, Allie Horton (Lindsay Arnold) was finally able to recall through hypnosis, and with the help of her grandmother, Dr. Marlena Evans (Deidre Hall), the details of what went happened that fateful night, over a year ago, in which she was raped.

For months, Days has been telling the tell of Allie’s accusations that she was raped by Tripp Dalton (Lucas Adams), when it actually was revealed to be his brother, Charlie (Mike Manning). Through all the twists and turns, the audience was finally given the flashback of how Allie buried the truth in the recesses of her mind. 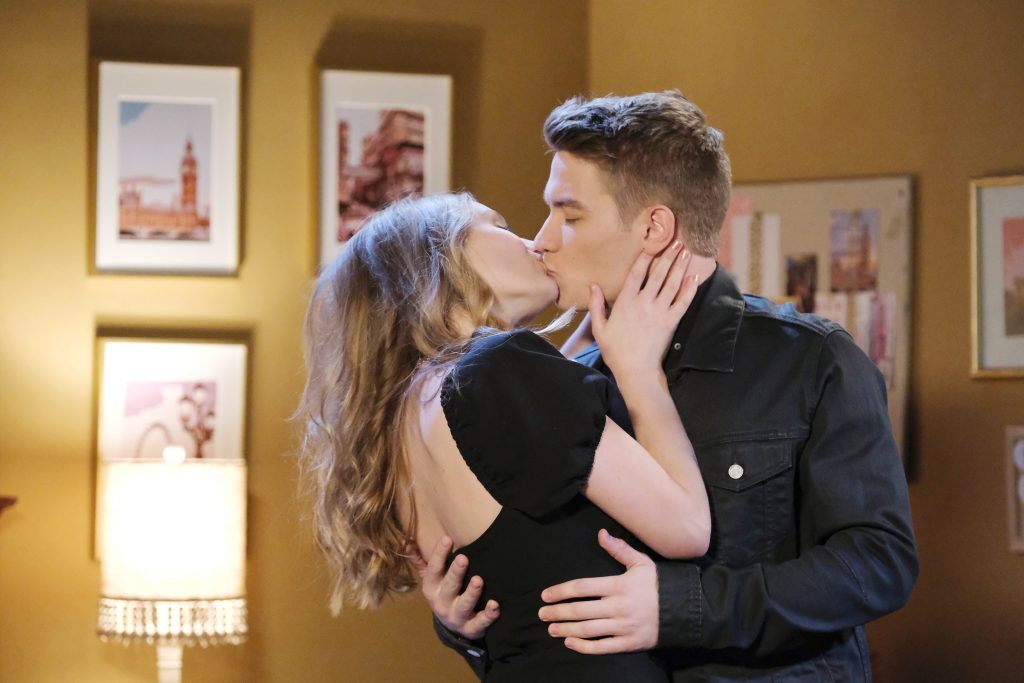 In story, while living in England, Allie goes out dancing one night and gets wasted.  She meets Tripp, who ultimately takes her home and helps her get situated before he leaves, although she makes some drunken advances to him.  Tripp, being the gentlemen, helps her get comfortable to fall asleep for the night in her bed and then leaves.  However,  Charlie – glasses and all – is already in her apartment hiding in the dark.   Angry that she seemingly chose Tripp over him while in the club, and knowing that was his brother, he gets violent with Allie and rapes her – although we do not see the act played out much on-screen.

The rape, and most of the events surrounding it, are told in heartbreaking detail by Allie to Marlena and the young woman has finally allowed herself to remember what really tranpired and her real attacker.

After the episode aired, Arnold took to Twitter to publicly thank the viewers and those who sent her messages on her portrayal stating: “Thank you for all the love on today’s episode, I know it’s been a hard storyline to watch and it was difficult to perform over the past few months, so I really appreciate the support. To anyone who has ever been in a situation like Allies, know you are loved and supported.”

I hope Tripp can forgive Allie and they end up together!

I thought they did a good job in creating the fake “flashbacks” and showing how it all played out. Idiot Charlie, so jealous of his brother that he raped a girl to get back at him?? Yeah, that’s the Ava Vitali mentality on steroids, right there. Unfortunately, he’s probably going to get away with it, and here’s why: ReRon can’t go a full year without writing an idiotic “identity disorder” storyline. And the fact that we see Charlie putting on his glasses & taking them off again at the most random times – even in the middle of the rape… Read more »

ReRon will either come up with “identity disorder” or a brain tumour to explain Charlie. Or maybe ReRon with have it turn out that it was Charlie’s identical twin who raped Allie. You know, Ava doesn’t remember give birth to twin boys

Say it aint so. Charlie Dale is such an interesting psycho. He can’t die. His dynamics with Ava and Tripp were mesmerizing. Plus he had real chemistry with Claire. They could have made him the new Roger Thorpe, terrorizing the entire town for years – always getting away with everything. I also wanted to meet Charlie’s dad. Oh well back to dreary Chloe and Phillip.

Liz
Sorry,I don’t agree with Charlie being another Roger Thorpe, he is not smart enough. You have already met his father, but I won’t give it away. I do agree with you about the very boring Philip and Chloe, especially with him being so unattractive. I was really hoping that Ava’s mob would give him some cement shoes.

I disagree Charlie would be a perfect Roger Thorpe. Roger terrorized Holly, Ed and his own family for years. His only good quality was that he in his own way loved his child. Sound familiar. You are gonna find Charlie was working for the mob and keeping track of what was going on at Titan for his father. I hope he uses his inside information for blackmail. I can see him entering the witness protection program. He has loads of potential.

I stopped watching DAYS a year ago. Got so ridiculous w/story line sand phonetic b.s. after being a fan for years I said enough time wasting in my life. Weddings that never go off due to secrets being divulged at the I do ceremony, unknown kids showing up SURPRISE! And lastly NO ONE ever really DIES ,they always come back. Enough

I found it hard to invest in the rape story because of many things but there literally was no drama, as Charlie (with no ties to Salem) showed up randomly within the first week of the accusation. No offense to those actors the in rape story, but I have no interest in two Retcon children of psycho Ava, whose whole history has been rewritten to support her redemption. This was another poorly written plot that will drag out for way too long.

But they could have always given Charlie a dad. A scary grandpa to Henry. Future boyfriend of bad boy loving grandma Sammie. I hope to see the fireworks when Charlie claims the rape was consensual and sues Allie for custody.

Lis, here I am again. What you say could come true. I’ve seen shows where convicted killers and rapists have sued their victims for visitation rights.

Lindsay has done a great job and I like her portrayal of Allie. I was skeptical when I heard that they were aging Allie and having her be pregnant, but I have enjoyed the story.