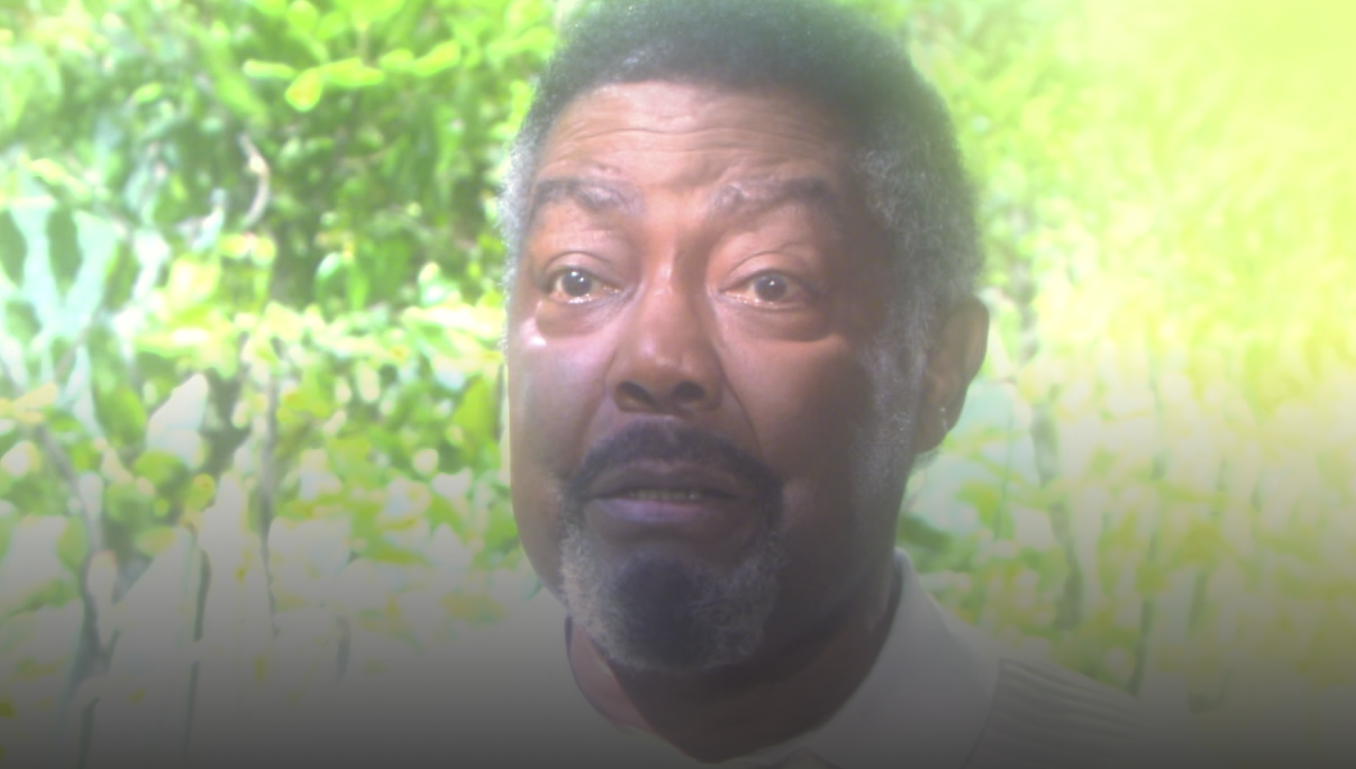 Monday’s highly-anticipated episode of Days of our Lives did not disappoint. In fact, we think that this episode should be a strong contender for DAYS to consider for one of their Outstanding Drama Series submissions for next year’s Daytime Emmys.  Why? It has it all – emotional heart with Abe’s journey to and from the light, touching flashbacks, a great performance by James Reynolds, and some special effects and editing during the John (Drake Hogesytn) vs. MarDevil scenes, which also gave us a delicious performance by Deidre Hall.

At the start of the episode, Abe has flatlined after being shot as Kayla (Mary Beth Evans) tries to revive him, but they are losing him.  As this is going on, Paulina (Jackée Harry), Julie (Susan Seaforth Hayes) and Eli (Lamon Archey) are gathered at the hospital awaiting news on Abe’s condition.  Later, Eli decides to go find out what is happening with Abe, and gets the shock of his life when he walks in on Abe flatlining, while Kayla tells him that Abe is gone.  Eli implores her to try to bring him back. He tells the others they are working on trying to save Abe, as Julie and Paulina bond, and later, Lani must call Theo and Brandon to let them know about Abe’s condition. 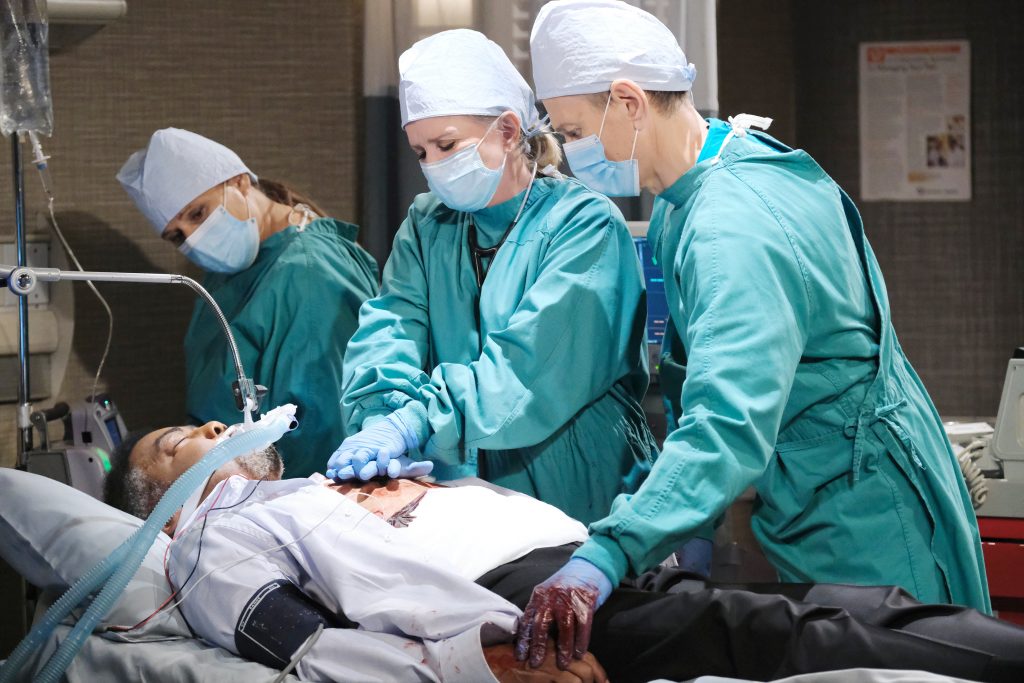 Julie reminisces about Abe, and how they have known each other for 40 years, our wink-wink that this is James Reynolds’ 40th anniversary episode.   Then, we see Abe has gone to the light wearing a white sweater and who should he see but his beloved late wife, Lexie.  No, it’s not Renee Jones, but an actress who delivers Lexie’s lines, since it had been previously reported that Jones was unavailable for the episode.  In scenes with the replacement Lexie, Reynolds showed us why he is an MVP of DAYS.  He acted up a storm and brought the emotion regardless of who was standing there.

However, longtime viewers got a wonderful surprise when flashback clips of scenes between Renee Jones and Reynolds were shown and they were some major moments in the history of Abe and Lexie’s relationship including: the moment when Abe learns Lexie’s pregnant, the moment when he is disgusted by Lexie’s betrayal when he learned of her involvement in the Zack baby switch storyline, and what she did to Bo and Hope, all because she was desperate for a child. Later, it’s the five-hankie moment of when Lexie, who was dying from a brain tumor, passes away in Abe’s arms.

After all the flashbacks, Lexie tells Abe he needs to go back and not to come with her to heaven. He has children, and people who love him and need him. Eventually, he says his goodbyes to Lexie and returns to the present, just as Kayla is about to call his time of death in the hospital room. All of a sudden, Abe’s heart begins to beat. 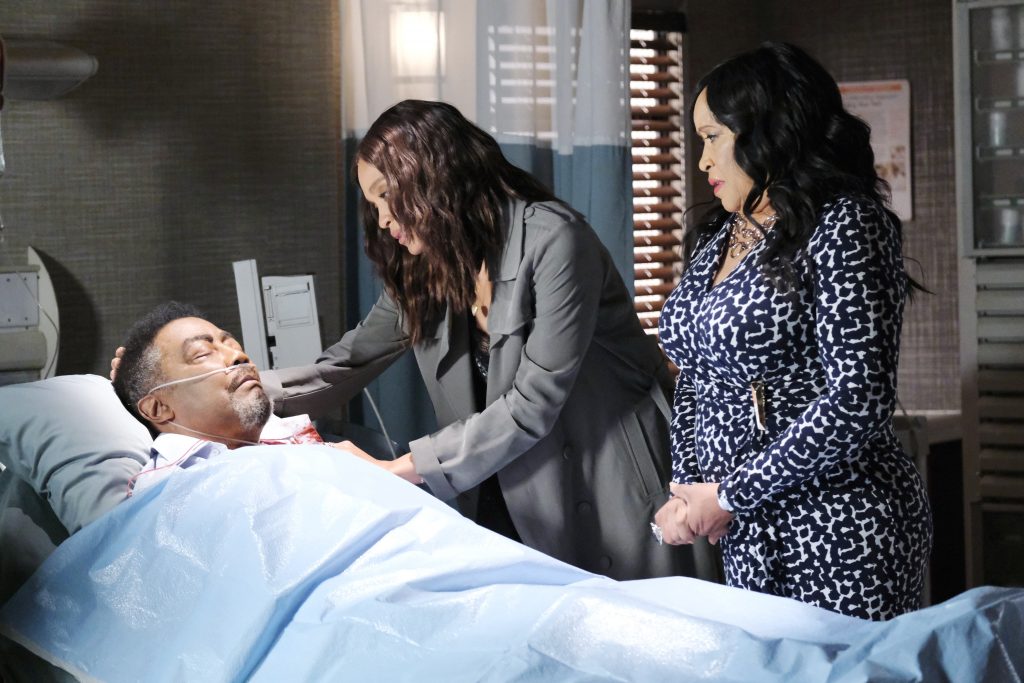 Kayla brings Julie, Eli, Lani, and Paulina the news that Abe will need surgery, but he will make it.  Then, Paulina and Lani make their way to see him. In another emotional moment, they tell him how much they love him (Paulina looks worried about her lie being exposed that Lani is not really Abe’s bio-daughter).  As the episode comes to its conclusion, we see the back of Lexie making sure Abe is safe and sound among the living, while signifying she is watching over him.

And if that was not enough, this episode also picked up where John had confronted MarDevil in the church, letting Satan knows he is on to him and that he is not going to win … he is going to get Marlena back.  Satan drives home the point that Marlena belongs to him now.  John is mortified as the cross on the church wall turns upside down. Later to show off his prowess and control, MarDevil turns the holy water blood red. As the scene progresses, MarDevil is jumping all over the church and showing up in different spots. 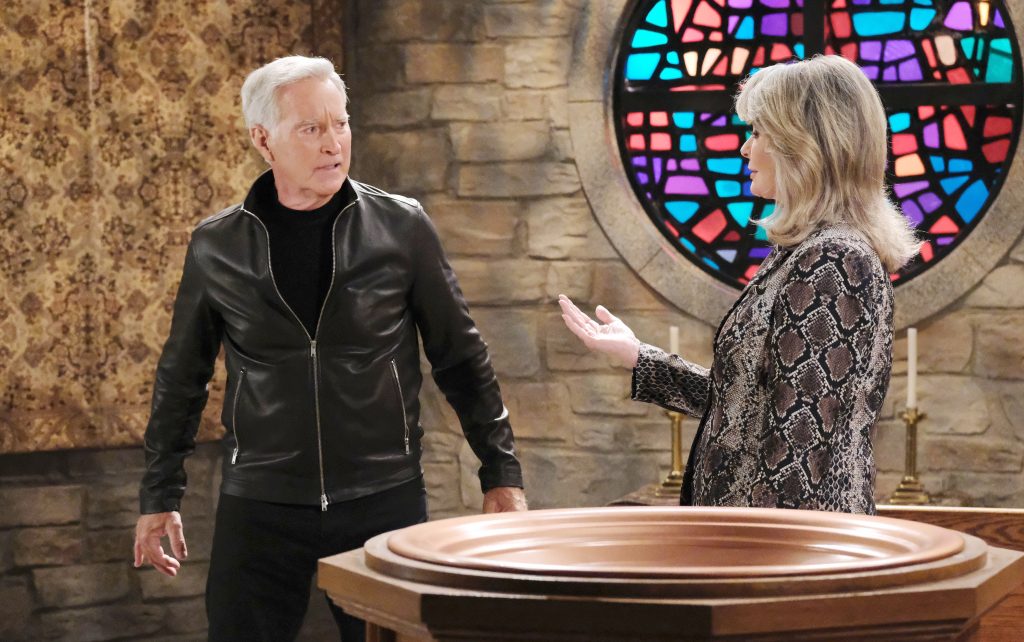 John then gets the lowdown on how Satan struck a deal with Marlena to let Doug (Bill Hayes) live if she let him in.  That is followed, by some of the back-story of Marlena’s first possession over 25 years ago, and why it happened when she was alone and very distraught.  MarDevil even goes on to say that he tried once before to regain control of Marlena during the Salem Serial Killer storyline, but it did not work out that time, because all the victims turned out to be alive.  MarDevil brings up Stefano and how he had made Marlena believe John was dead which left her vulnerable.  He goes on to relate that Doug was the gateway for Marlena’s re-possession. 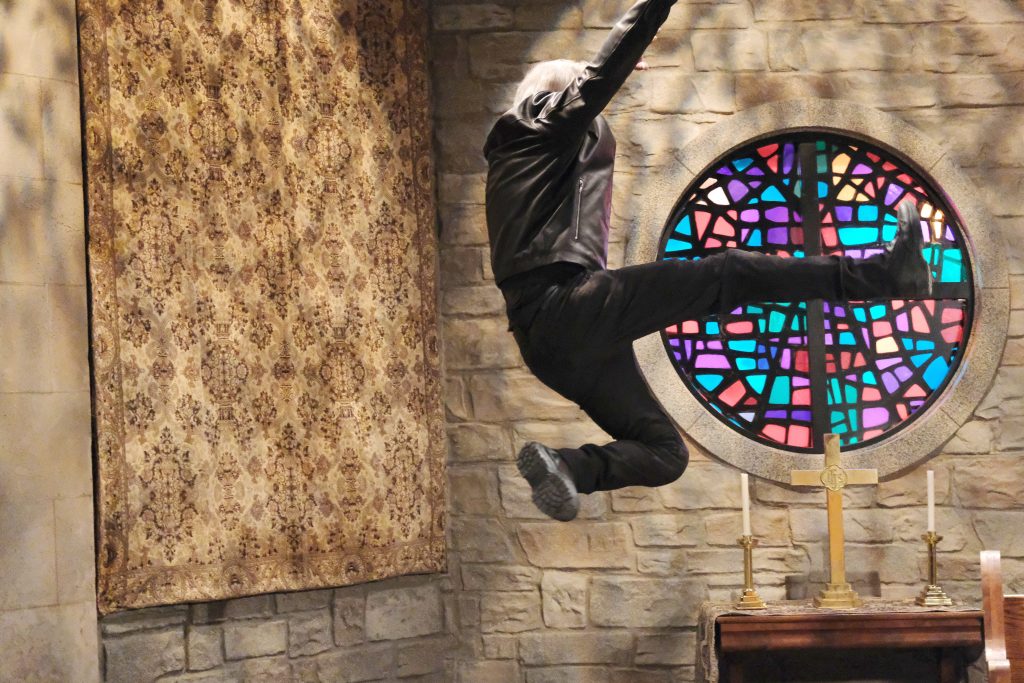 MarDevil tells John what she did with Doug by committing him and how she wanted to kill Julie. John knows that Marlena can hear him and tries to bring her back, but as the devil struggles with that, ultimately, he wins and begins to show his strength to John tossing him around the church, where he is eventually is knocked unconscious and then dragged to, we don’t know where, by the MarDevil!

Throughout the scenes, Deidre Hall looked like she was having so much fun playing the devilish one in this campy storyline revisited.

So, what did you think of James Reynolds performance and his 40th anniversary episode? What was your favorite moment? Are you glad John knows for certain now that Marlena is once again possessed? Share your thoughts via the comment section below.

Days has it all! The haters will come forward but every scene is this episode has something going on. The scenes with Abe were fantastic and so great to see James Reynolds get the respect for being on for 40 years and the scenes with mar devil were great as well it gave a great balance of good vs evil in Salem Great job

I thought they did Abe’s scenes with Lexie very well, almost showing her face without doing so, since Ms. Jones wasn’t available to reprise the role. It was a nice walk down memory lane, though Abe had a lot more t o do than just the story with Lexie. Still, congratulations to Mr. Reynolds on his anniversary!

I was kind of disappointed with Abe’s Anniversary episode. I thought they would show interaction with his castmates, family and friends and not just a few conversations with his deceased wife, Lexi

as a person of color… and i will make this short.. because his person and character REEL are always on track. when a show SHOULD FEATURE color… race… variable… catch! what is this life without ? COLOR