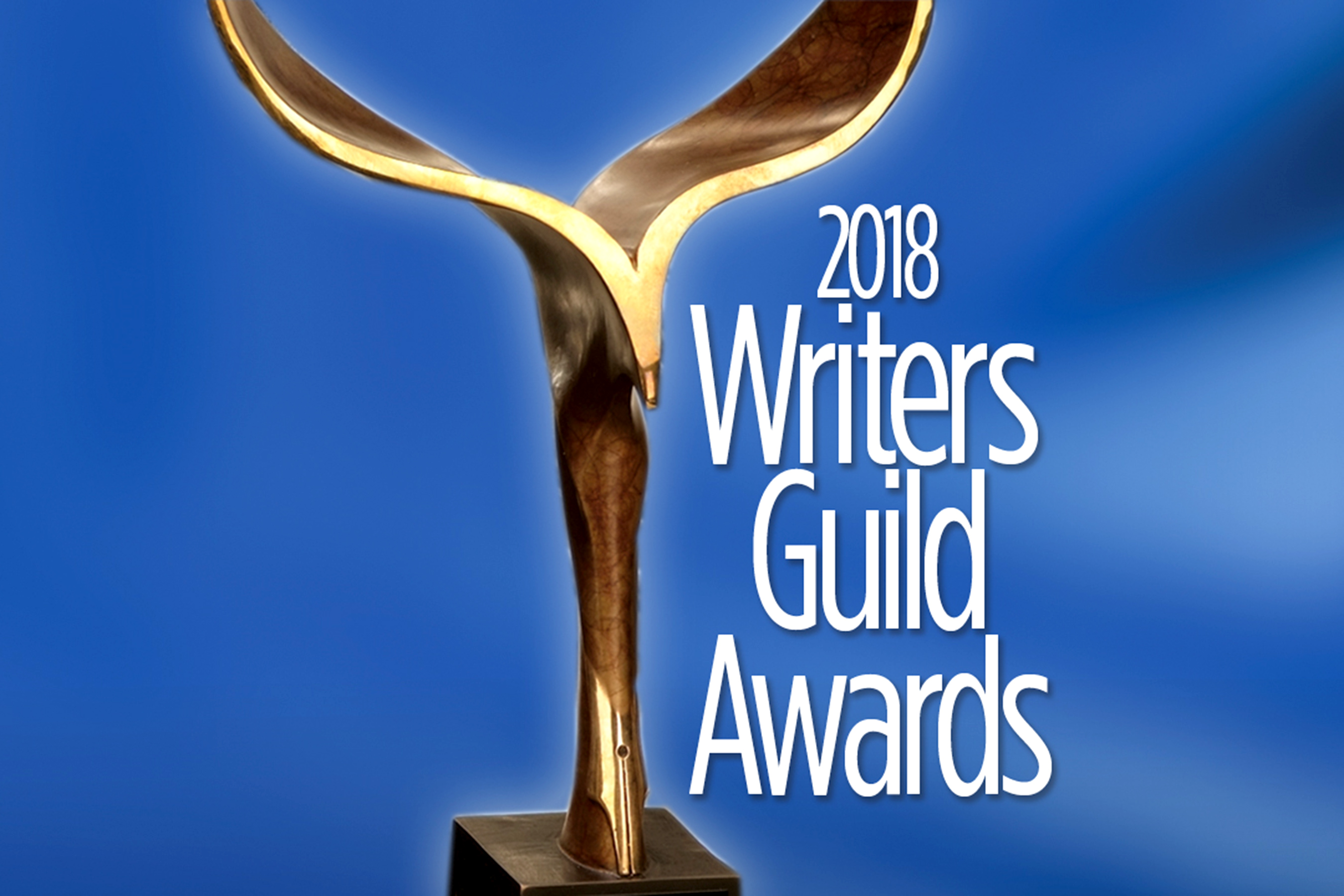 The WGA announced their 2018 Writers Guild Award nominations on Thursday in the fields of television, new media, news radio/audio and promotional writing, and it was two soaps who got the nod in the Daytime Drama category.

In an ironic twist, Carlivati last won the WGA Award for writing General Hospital, and now he is up against his former co-horts.

Now, what do you think of this year’s writing team nominations,  and who will you be rooting for? The awards will be handed out in concurrent ceremonies in New York City and Los Angeles on February 11, 2018.  Comment below!

Eileen Davidson Talks On The Rebirth Of Y&R’s Ashley, And Those Heartbreaking Scenes As DAYS Susan!

DAYS deserves this award more than GH, in my opinion. The show has been on fire ever since Ron C took over, whereas GH has really only livened up since October, with the Tale of Two Jason’s story. GH as a whole was not as exciting as DAYS has been this year, especially while Jean P was still there. Now with Chris Van Etten as co-head writer, things have started to improve, but it will take a little while longer for those changes to be in full effect.

NBC is one of them

i’d run with this

Ron Carlivati is spoken for his work

Thanks for your thoughtful replies and backup in the Alec Baldwin thread.

LOVE to you as well, Patrick.

I hope that you and your loved ones have a wonderful holiday! Cheers! 🙂

having “posted” a number of years

this time is sky full of dreams

a lot of ideals run

i’m celebrating a turn not lost with me

Can you give us any info on what they submitted?

Going to have to go with GH at this point. It’s definitely the more improved of the two in terms of writing… ironically much of it due to cleaning up the mess that Ron made when he was there.

Days is a mixed bag…. Will being back is good. Not having memory is overdone cliche. The dopplegangers were complete dragonshit. Hoping the return of Vivian Alamain was worth the wait. Maybe she can bury FauxEve alive this time…. and forget where the coffin is.

Ron Carlivati was let go from GH 2 years ago.I’m not saying he didn’t make mistakes while at GH but i don’t think it would have taken GH 2 years to fix any mess he left behind.However i think everything worked out okay because GH is doing good and i’m sure Ron Carlivati is happy writing for Days.

On the contrary Andrew! Ron completely gutted that show! He left it an empty shell, a void blank canvas full of newbies, murderers, and all around unlikeable people. He destroyed Legendary couples and characters with arrogant nonchalance and no regard for the fans. I feel finally, just now, the show is out from under the stain of his writing and has embarked on a very good course! And yes, it HAS taken two full years to accomplish that! Any writer coming in after what he did on GH faced a monumental, Herculean battle to repair the damage! I suspect Nean… Read more »

@Jovin….Excellent post! I agree with just about everything you have so well-stated…with a special amen to the notions on Nina! (Not that I’d ever want to see that psycho get a child, even a grown one as bad a seed as Nelle!) Which leads me to wonder if “Auntie Nina” shall be obsessing on Maxie and Nathan’s bundle of joy in the upcoming months, since I don’t think she has turned over a new leaf at all! She’s still totally nuts and just waiting to be triggered all over again…and speaking of such things, am I the only one who… Read more »

he’s the gas and bomb… you take care of his sexuality… he’s the bomb , plus oh yeah

the Maxie and Lulu gas mask suit “caught” me it filmed If Amy does go off the tracks.. THIS could be good one to marquee the Team sure seeing Nathan and Dr. O is another big deal thank you the pressure is not on to keep Nathan and Maxie “alone” solitude your mine GH is spreading the wealth.. and it’s going their JUST GIVE : Michelle Stafford a “role” a role worth giving.. she’s so tantamount this is not a die hard role.. it’s sharing with the Corinthos’ I WILL compare to that Nina : deserves a role of imagination… Read more »

Congrats to the nominees and i hope the best one wins

I love Cheeky Chandler playing Douche Bag Will!!! Did you catch him leering at naked Paul???? Lmao!!! When he asked him if the sex was good I almost fell off my chair!!!!!! I love it!!!!!
It

what’s this new Will doing ! catching up…

at least it was explained.. even with his “amnesia” he was hiding and backburnered HIS feelings , from Susan.

@Jovin – you now have a CLASSIC Line to marquee: