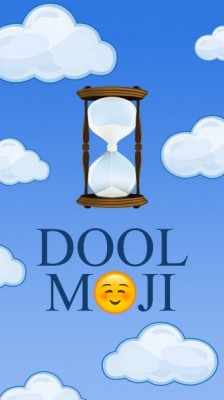 In an exciting first for a daytime television series, and groundbreaking for a daytime drama series, Days of our Lives announced today the global launch of their DOOLMoji app coming to DAYS fans beginning on Thursday, September 21st. Now you will be able to engage with other fans, friends, and the show itself via social media with emoji renderings of your favorite characters, DAYS-centric iconic moments and symbols, and emotions!

“After more than a year developing and fine-tuning the emojis, we are excited to finally release the DOOLMoji app! We’ve created this for our family of passionate and loyal fans to use to express their thoughts and feelings about their favorite soap—whether they’re loving it or loving to hate it,” said Greg Meng, Co-Executive Producer, Days of our Lives, and Executive in Charge of Production, Corday Productions Inc.

The official press release from the soap also reveals more intel: “The DOOLMoji app, developed by Corday Productions, is the show’s first dive into the digital realm with more to come. The app has been created as an exciting new way for fans to communicate with each other and with the show via social media platforms as well as through text messaging apps and SMS. 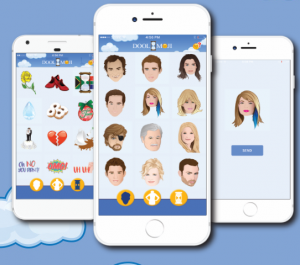 Days of our Lives is the first daytime television series to create emoji renders of its characters in an effort to enhance interaction with its passionate fanbase. With additional emojis releasing later this year, the first collection of emojis will include depictions of many fan-favorite characters such as, Marlena Evans (Deidre Hall), Hope Brady (Kristian Alfonso), John Black (Drake Hogestyn), Kate Roberts (Lauren Koslow), Rafe Hernandez (Galen Gering), Chad DiMera (Billy Flynn), and Jennifer Horton (Melissa Reeves), as well as much anticipated returns including Will Horton (Chandler Massey) and Sami Brady (Alison Sweeney). In addition to show characters, the app will also feature emojis of memorable moments, objects, and symbols including: the infamous Sami/Carrie b*tchslap of 1997 and Marlena’s levitation of 1994.”

The app will be available for both iPhone and Android devices, available in the App Store and Google Play for 99 cents as of September 21, 2017.

For more information on the app, make sure to visit: www.DOOLlMojiApp.com

Below check out DOOLMoji promo video as Lauren Koslow (Kate) opens the DOOLMoji app for the first time, and sees some very familiar residents and more!

Which characters are you most excited to have as an emoji to share and comment on with your fellow DAYS fans? Will you be adding the DOOLMoji app to your app collection on your phone? Share your thoughts in the comment section below!

Carrie b-slapping Sami is not the only image crossing my mind, Lou. Oh, let’s see….I better not….some may be your faves—but,, shoot and shucks, may I just mention Brady, John, Marlena ( oops, she’s many people’s fave, isn’t she? ), Hope and big, giant fake-friend Gabi? LOL.

By the by, Lou….did you or anyone else, for that matter; notice Bill Hayes’ cheek implants? One cheek bone was higher than the other. My imagination? Facelift-a-rama.

Oooohhh, yeah, Lou….gimme Susan over anyone, anytime……best treat I could ever ask for.

I thought that his face looked different but I couldn’t put my finger on it….nor would I want to –

We kind of already react now with each other here-lol…Emojis-there like those little happy face stickers teachers put on students papers or a bulletin board…or parents/guardians put on drawings of childrens art work they attached to refrigerators….its like we are being overrun with Emojis…im surprised i havent had nightmares of them…have used them once in awhile…i wonder what will come next!!!…Halloween Costumes of your favorite Emojis or are those already out there?-lol

Let me tell you, Jimmy….we can now buy clothes ( leggings) for little girls with emojies motifs. Can you believe it?? LOL.

Are you familiar with the Walmart stores, Celia? Yes, I’m a regular person who sometimes shops at Walmart. One day while shopping there I saw a big bin full of emoji pillows and on top of them was a “pile of crap.” lol

SOOO PUMPED ABOUT THIS!! It is going to be so much fun to use, especially with my on going Days group texts!!! DEFINITELY MOST EXCITED about the RAFE emoji

And the times, they are a-changing… I was waiting for a new DOOL story at this site… On Monday, JJ was talking with Paul about Ben’s murder of Will. JJ then offered that Ben also “killed two other people.” Unless my memory is worse than I thought, one of those people Ben killed was Paige, JJ’s girlfriend whose lifeless body he held in his arms upon that tragic discovery. Okay, I guess the writers didn’t want to mention Paige specifically because, unlike Will, she won’t be coming back from the dead. But it was heartless, clueless, and cavalier not to… Read more »

Awwww, James, my friend. So sweet…..I bet you’re the kind of person who wears his heart on his sleeve. I’m he same way….and, I cry over everything.

Thank you, Celia. My sleeve does tend to get a workout…like yours…

True! But this is Carlivati writing! Due to an online social media brouhaha, Ron killed AJ off GH in the most cryptic, disturbing way possible. Carlivati writing lacks heart, depth, and a basic understanding of humanity. Carlivati writes cartoon level “stories”. In the month or so since his material started airing, he has already compromised the intelligence and character of many DAYS faves!

Thanks, Jovin! And thanks for your further analysis. I hadn’t made the Carlivati connection.

And, the intelligence of some of the viewers, Jovin. I did say his writing disappointed me from the onset ( on Days). Perhaps, my expectations were too high? There are those who do appreciate his style, though.
But, I agree with you. I find Carlivati’s work cold and unemotional. I truly cannot get into the stories, except for Dattilo, who indulged us with the flaws of the human lot….For myself, that was exceptional acting, not the writing.

James, I saw the scene as JJ simply not wanting to mention Paige…thinking of her without actually saying her name like some people actually do. Something else in the scene did bother me…there were more than “two other people murdered.” JJ must’ve forgotten the midwife who delivered Thomas and was led outside and shot to death by Ben…or he forgot about Serena who many would like to forget.

Nicely said…you are one of the best!!!

Thank you, Jimh! Likewise, my Friend!

I just bought it, now lets see if I remember to use it.

Seems kind of juvenile and pointless but the producers must feel it’s a way for them to get feedback for the show….which, right now – needs any help it can get –