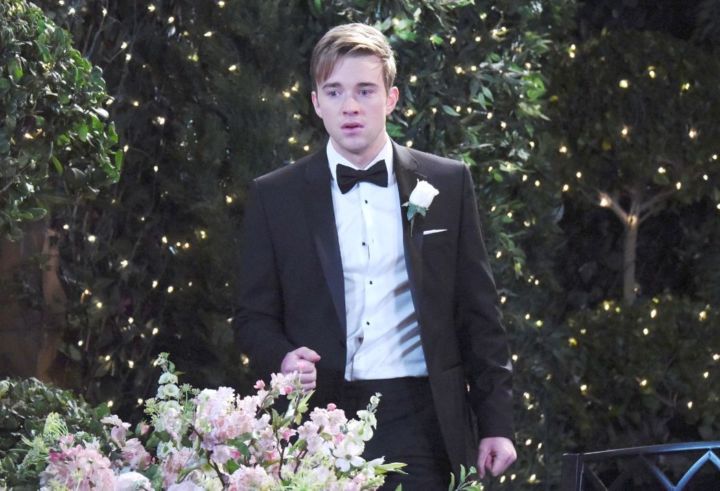 In a week that saw stand-out performances by Y&R’s Gina Tognoni (Phyllis), and Days of our Lives, Stacy Haiduk (Kristen/Susan), it was the performance of DAYS’ Chandler Massey (Will Horton) that was everything anyone could have hoped it would be and more. The highly-anticipated moment finally came to pass: Will remembered his life with Sonny, and got his memory back after a long bout of amnesia which robbed him of the life that he knew.

There is a reason that Massey has three Daytime Emmys to his name.  His work is at once understated, powerful, truthful, and has the ability to touch the hearts of millions of Days of our Lives viewers who fell in love with the character, and Massey’s portrayal during Will’s coming out story, and eventually Will’s love story with Sonny. 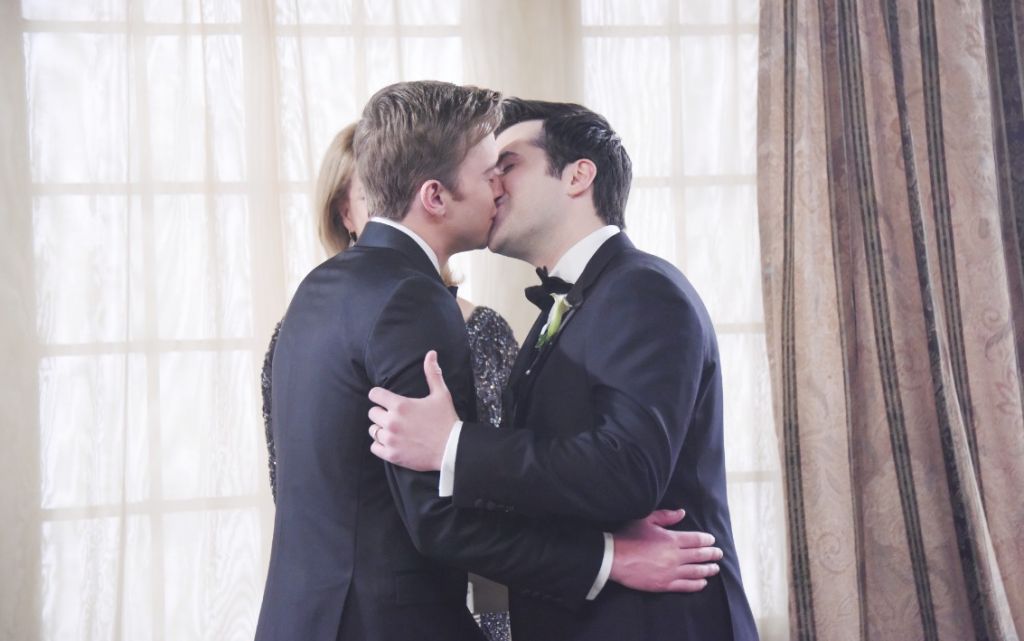 In story, as Will spoke at John (Drake Hogestyn) and Marlena’s (Deidre Hall) wedding, he started to have flashes of his own wedding to Sonny. Will is so overcome.  He can’t breathe and heads to the park for some air.  We witness his confusion and anguish as part of him is trying to keep the door shut on the life he knew, but the floodgates had opened, and he remembered his wedding, and his love for Sonny (who had all but given up hope), and his entire life including his daughter, Arianna … that Marlena is his beloved grandmother … and his love for his mother, Sami (Alison Sweeney).

DAYS did an outstanding job re-creating the actual wedding sequence between Will and Sonny, since Chandler was off the show at that time and was replaced by Guy Wilson, who played the key scenes at the nuptials. 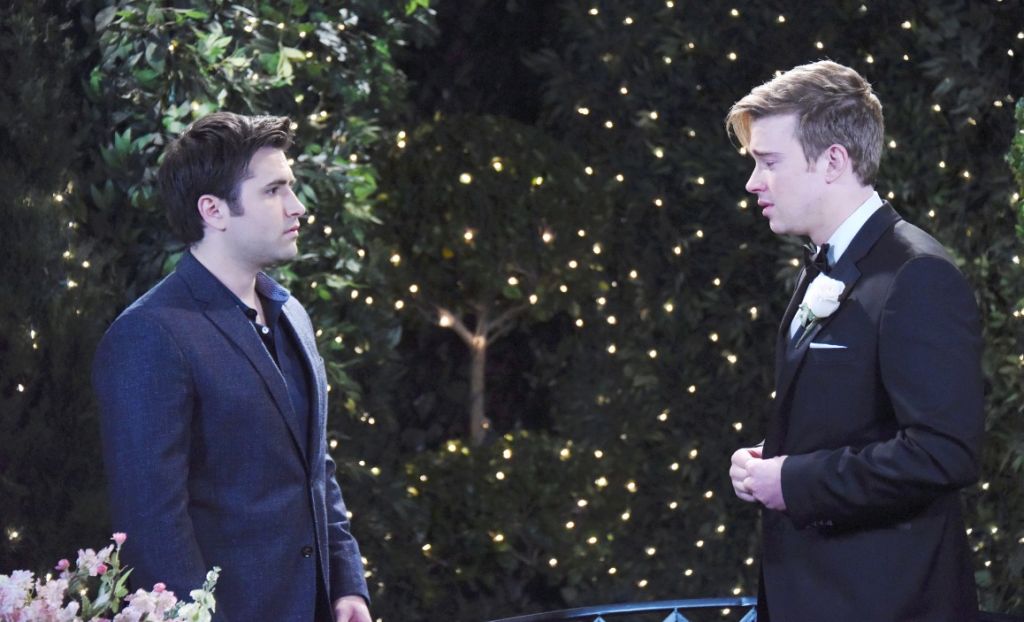 Massey’s longtime scene partner, Freddie Smith was also touching as Sonny realizes the man he loves remembers him and the love they shared.   But this moment, is of course, fraught with problems.  Chief among them, Will is in involved with Paul (Christopher Sean).  However, WilSon fans finally got that long-awaited kiss between the two.  WilSon fan or non-WilSon fan, these scenes made a strong case that one of the best duos on daytime drama, period, is Will and Sonny. 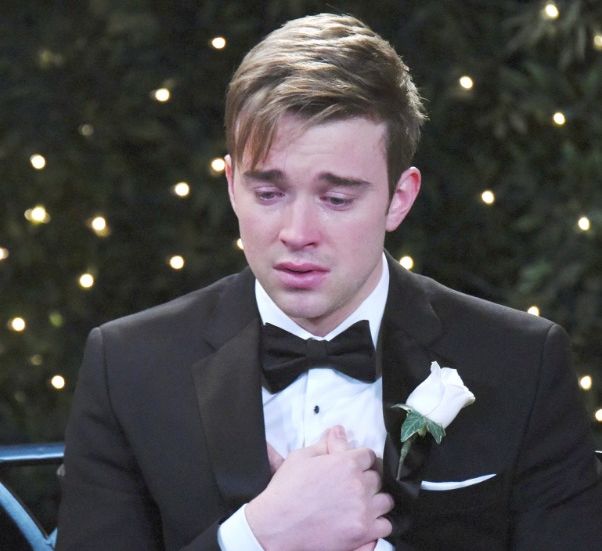 The drama continues this week, but look no further than last Thursday and Friday’s episodes and you witnessed quite possibly Emmy number four heading Massey’s way with that one-two punch of emotional performances. Many took to social media to say how moved to tears they were by Chandler’s work, and yes, we were too.

Share your thoughts on our pick for Chandler Massey as the ‘Power Performance of the Week’ via the comment section below.

DAYS Poll: What Did You Think Of Stacy Haiduk’s Debut As Kristen And Susan?

To state it simply,there was no other choice! Welcome back Chsndler and thsnk you for Wilson.
Freddie and Chsndler have such chemistry snd comes right thru to all our hearts.

Very well deserved! Massey IS Will! Fan or not there is no denying the chemistry between Chandler Massey and Freddie Smith! Yes I am a WilSon fan and all I could say was “It’s about time!” Massey clearly stole the episode despite an outstanding performance by Stacy Haiduk, here’s hoping Emmy takes notice!

Massey was great…my one problem with this show is how Paul comes between them since he arrived…first with Sonny and then with Will-that was a bit unbelievable…and SH done a fine job as Kristen/Susan-Eileen quit soaps so someone had to play the part!!!!

Chandler is one of the VERY BEST in daytime!!

I love “Will” but he doesn’t belong with Sonny. He is such an amazing actoRr. and the electricity between he and John’s son is HOLY MACKEREL HOT!!

The actor that plays Paul is leaving the show; may have already filmed his final scenes.

He finished at the end of May, he is last seen in November.

I know it was his choice but I hate to see him go; liked him.

Chandler’s eyes said it all. He was totally and completely feeling it, and I was right there with him. Beautiful, understated and deeply moving.

They did not recreate th wedding sequence.that was Chandler in the original wedding. Guy did not appear until well after will and sonny were married. Get the facts correct before u print an article.

Is this a joke?

The first time I read the article, I’am like, no Chandler was Will at the wedding, my old age is really showing. Thanks for setting them straight, and making me feel better.

Chandler Massey was not playing Will in the 2014 wedding sequences. That is why they had to be recreated for last week’s episodes.

Massey was nothing short of amazing!!!

Yes this award for Chandler Massey is perfect. I was in tears crying like a baby throughout every scene. It was so gosh darn believable. It really felt like Will had lost all of his memories and gained them back all at once.

That episode in general was an example of the soap genre at its best. The entire wedding; the flip between John/Marlena and Will/Sonny, the wonderful readings, Wills’ face as flashes of memory came flooding over into a well of tears. Chills…

Will’s performance was awesome , I cried right along with him.

I was in awe. I never think Chandler can amaze me more than he has with past storylines but he keeps doing it. That performance made me realize how much I missed him while he was away. You are amazing CM!

Will/Chandler is the only reason I’m back watching DOOL.. WilSon has the most amazing chemistry.. Freddie and Chandler ars so mesmerizing actors in their portrayal of Will and Sonny.. Chandler deserves a Emmy.. Thank you for coming back to Days..❤️❤️❤️

how is it that we can just let go of ALL – our – senses and fly with this young man… because he is so affecting and SENSITIVE… that your heart is ready to leap when culled. Like Sami, Gramma Marlena, all the denizen of Salem… just fall in love with this gift to DOOL FANS. this is a gift. he’s earning his keep doing something so wonderous. enough of the praise… he is catapulting , along with the rest of the cast. because all the superlative in the world isn’t enough. the writing has been full of heart.. keying… Read more »

I loved it great job by Chandler

Chandler and Freddie are awesome actors, they have amazing chemistry, they always have, so glad Will finally gets get’s his memory back and hello no big surprise he loves Sonny, they are soulmates and each others one true love, I can’t wait to see what Ron has in store for them! Christopher Sean is an amazing actor also but from day one I didn’t like the turmoil his character Paul caused Will and Sonny,. I hope the love triangle is over soon, I’m ready to see Will, Sonny and Ari together as a family! WilSon fan forever!