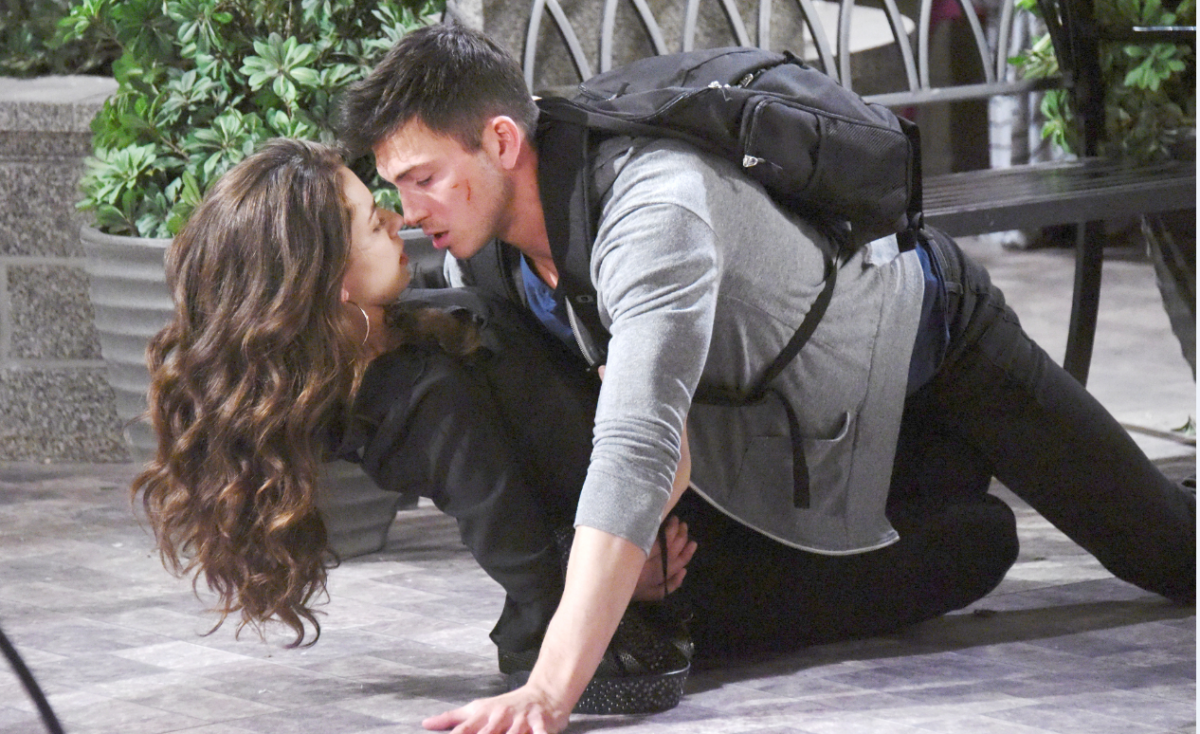 This week on DAYS, love and lust are in the air, as Marlena (Deidre Hall) and John (Drake Hogestyn) make plans for their long-awaited nuptials, while Cin, Ciara (Victoria Konefal) and Ben (Rob Scott Wilson,) find themselves in close proximity again. Will they give into temptation?  And Ciara’s mother, Hope (Kristian Alfonso) wants Ben recommitted to a mental healthy facility.  Will she get her wish?

Meanwhile, Eve (Kassie DePaiva) is worried that Victor (John Anistion) will rat her out to Brady (Eric Martsolf) that she is the responsible party who planted drugs in JJ’s (Casey Moss) apartment that helped Tate’s custody case rule not in Brady’s favor.  What payback will Victor want from Eve for keeping her secret?

Check out the latest NBC promo for Days of our Lives here.

Now read on for what else is coming up this week in Salem below.  Then let us know, what storypoint you are looking forward to most in the comment section below.

Sonny and Will are blackmailed over their part in Leo’s death.

Ben asks Marlena to hypnotize him to prove his innocence.

Chad walks out on Abigail.

Marlena is upset when John sees her in her wedding dress.

You didn’t mention it but I am so excited to see Rafe & Hope finally reunite. Hopefully the happiness will allow them to loosen up a bit again.

I want Gabby to get a life and leave chad and Abbie alone . Also Hope and Ralph to pick on some one else

Agreed, Delo…..where has this love for Gabi coming from? She has always been a schemer. She has never been a true friend to Abby….She has always WANTED Chad. Her greatest desire has always been to break up Chad and Abby. TPTB attempted; and I say that with great hesitancy, to ‘moderate’ Gabi, yet the character continuously falls short of what’s right. So, this thing about her daughter not trusing her???? Ariana is a little girl. Kids that age do not hold grudges, expecially against their mommies…no matter what. Wow!! This is a reason to plot such an evil undertaking as… Read more »

I’ve never been a big fan of Kate, but I really thought she cared for Chad more than she’s shown these past few days. Letting that little bitch Gabbi talk her into helping her get revenge on Abby, as well as deprive Chad of his own child, while destroying his marriage.
With Abby showing so soon, I wouldn’t be a bit surprised, if she was having twins, with Chad being father to one, and Stefan the other. This would really throw a monkey wrench into the mix.

They already did that with Sami’s twins. Jonny is E.J.s and Ali is Lucas’

Touche! How many times does history repeat itself on these shows? Just another recycled SL. She’s way too big to be only three months along, with the baby kicking already. Something is not right here.

I have this sneaky feeling deep down inside that Gabby is back.Well just look at Abby’s face today and suddenly she lets that creep touch her stomach.I hate what Gabi is doing to Abby and Chad what a bitch and for Kate to help her that is inexcusable. Abby was sick she didn’t hurt Gabi on purpose .If Gabby is back it is because of that creep Stefan,he practically forced it out of her. Can’t wait to see tomorrows show.

I cannot believe what an angel Ben is—whoa!! What a transformation…. I like him this way….as he was before his love for neckties and throats…. Yet, mountains will move before anyone believes him; except, perhaps, Ciera. She’s in love with him, but cannot admit it to herself. Would Claire be jealously insane enough to start the fire? It would take something as disastrously dramatic as that for Ben to come out smelling like a magnolia ( my fave flower) . LOL. ….makes sense. What Ciera wants, Ciera gets….just as she ‘took’ Theo. She wants Tripp and I would not put… Read more »

Correction: what Claire wants, Claire gets ( not Ciera).