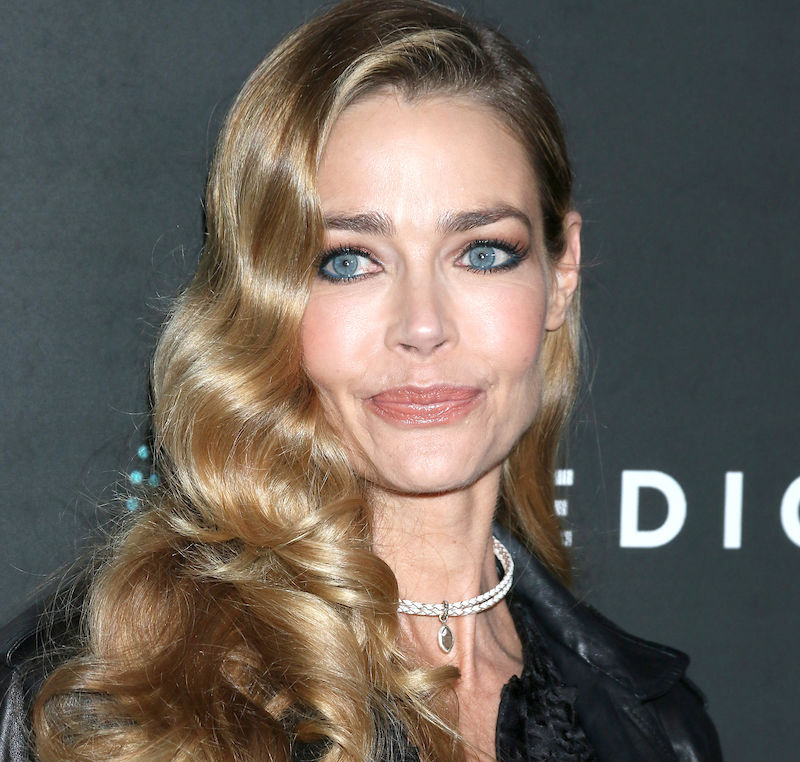 Looks Like Denise Richards will be pulling double duty! After recently joining the new season of Bravo’s hit reality show franchise, The Real Housewives of Beverly Hills, the actress has also joined CBS Daytime’s The Bold and the Beautiful.

Richards is joining B&B in a contract role.  What we do know from the series EP and head writer, Brad Bell as told to PEOPLE: “Shauna is a fun-loving, hard-working single mother from Las Vegas who aspires to live life to its absolute fullest. She heads for Los Angeles when she learns that her daughter, Florence ‘Flo’, the pride and joy of her life, is entangled in a complicated situation. However, Shauna’s involvement won’t stop there. She’s got a past and big secrets to spill.”

Look for Denise to start her B&B adventure taping all-new episodes this Friday with her debut on April 3.

In the meantime you can catch Richards on RHOBH as their season kicked-off last week on February 12th.

So, what do you think of the addition of Denise Richards to The Bold and the Beautiful? Share your thoughts via the comment section below.

Related Topics:Casting NewsDenise RichardsFeaturedThe Bold and the BeautifulThe Real Housewives of Beverly Hills
Up Next

Thad Luckinbill Back Taping At The Young and the Restless

I have to laugh when I see the program descriptions for “The Bold and the Beautiful” on my onscreen guide. I don’t even recognize the names of the characters mentioned — especially this Flo. I deduce she is part of the baby storyline but don’t care enough to actually tune in, lol.

What the heck is up with Brad Bell???

Why? Are there gaps in storytelling? Are there characters soon to leave Los Angeles? B&B has all the hallmarks of a strong soap. The city, glamorous businesses (fashion and publishing), the family feuds and ties all give B&B such potential, yet… I just find the epic replays of plots and relationships tiresome. Everything seems played for the short term with no long-term thought. Perhaps this is the new way for daytime drama. I want to see characters grow and change, or at least try to. Anyone would think after years of the same dance, he or she would just move… Read more »

ENOUGH WITH THE STUNT CASTING! It’s about damn time Brad Bell got recast as EP/HW.

In conclusion: this is stunt casting in the hopes of luring viewers, and Brad Bell needs to be replaced in both of his positions.

Why can’t Brad just utilize the cast that he currently has? He’s adding too many new people to the cast and many members of the cast who’ve been there a long time are not getting storylines. Denise Richards is useless as an old rug.

Have a good one, Michael.

This is just nutty stuff. Instead of the constant stunt casting they should try writing some well thought-out stories rooted in some kind of reality.

She does not seem old enough to be Flo’s mother!

Denise : let go … MOVE that contract @B&B you have nothing to lose.. and this vim and vigor will enlighten your RHOBH. it truly will

this time in your life : two acts ! DIVE with nothing ventured nothing gained.. GUT it out

this should not be your last act (s)

I’ve cheered you, talk to Lisa Rinna.. I REALLY LOVE HER.

I think D.R will be a good addition. They are over-run with blondes already, how could one more hurt. She also looks like she could be Donna’s sister, but also a good fit as Flo’s mom.

I was thinking the same thing. I also think, judging by the above photo, she kind of looks like Grace from Y&R. I think the three of them could pass for sisters. I also think it’s time for this baby story to pick up a bit. I’m hoping the return of Thomas doesn’t mean the end for Sally and Wyatt. Love them ss a couple. I just wish we could see more of them. And now that Donna is back, I think she should start hanging out with Justin. And you know after hemming and hawing for awhile, Katie is… Read more »

I don’t mean for the character of Hope to perk up. I am just saying, I hope they don’t drag the secret on forever. I’m tired of looking at Steffie’s smug face. Hope deserves some happiness for a change

Soap queen forever
I guess you do not know that Grace from YR and Donna are the same actress.

None of this matters in the long run. Correct me if I’m wrong, but didn’t B&B bring on Kimberlin Brown last year in one of the most iconic soap roles in history, Shelia? There was much fanfare (as there was with Ingo and Thorne) and now, unless I’m mistaken, the actress and her character have just evaporated with no explanation. B&B casting news is irrelevant because the writing does not support the majority of the cast members.

I don’t watch this daytime series, but damn, Denise Richards just looks super odd and unnatural. I guess she will fit in perfectly with Hunter Tylo.

Brad Bell…ENOUGH with the truly dumb stunt casting already!!!!! I was never a fan of Demise Richards…or her acting. Instead…PLEASE brink back Amber, Felicia and Tawny.

Amber was my absolute favorite. Now that Justin is trying to pair up with Donna again (and I hope they do), they should bring Amber and Marcus back so Donna and Justin. Can be doting grandparents together. As always, they bring in new characters for about 5 minutes, and then they start focusing on the usuals again. I just hope that when Thomas comes back, they don’t use him to break up Sally and Wyatt I have always liked him and I think him and Sally are a good fit. But of course they will probably ruin it like they… Read more »

Quick corrections: Denise and bring…and not Demise and brink. My bad.

Don’t know that we need to flush Flo out more. I thought she was on her way back to Vegas.

I was hoping that the baby stealer was also gone, and back to opening doors on Let’s Make A Deal, and hawking magazines for PCH. His acting was a lot better on Whose Line Is It Anyway?, with Drew Carey and cohorts.

Denise Richards joining B&B…HAHAHAHAHAHAHAHAHAHA!!!!! OK…you know what: From what I’ve heard (and read) about DR over the years, she is nothing but A DEMANDING DIVA!!!!! B&B…ya’ll have no idea what ya’ll are in for. None.