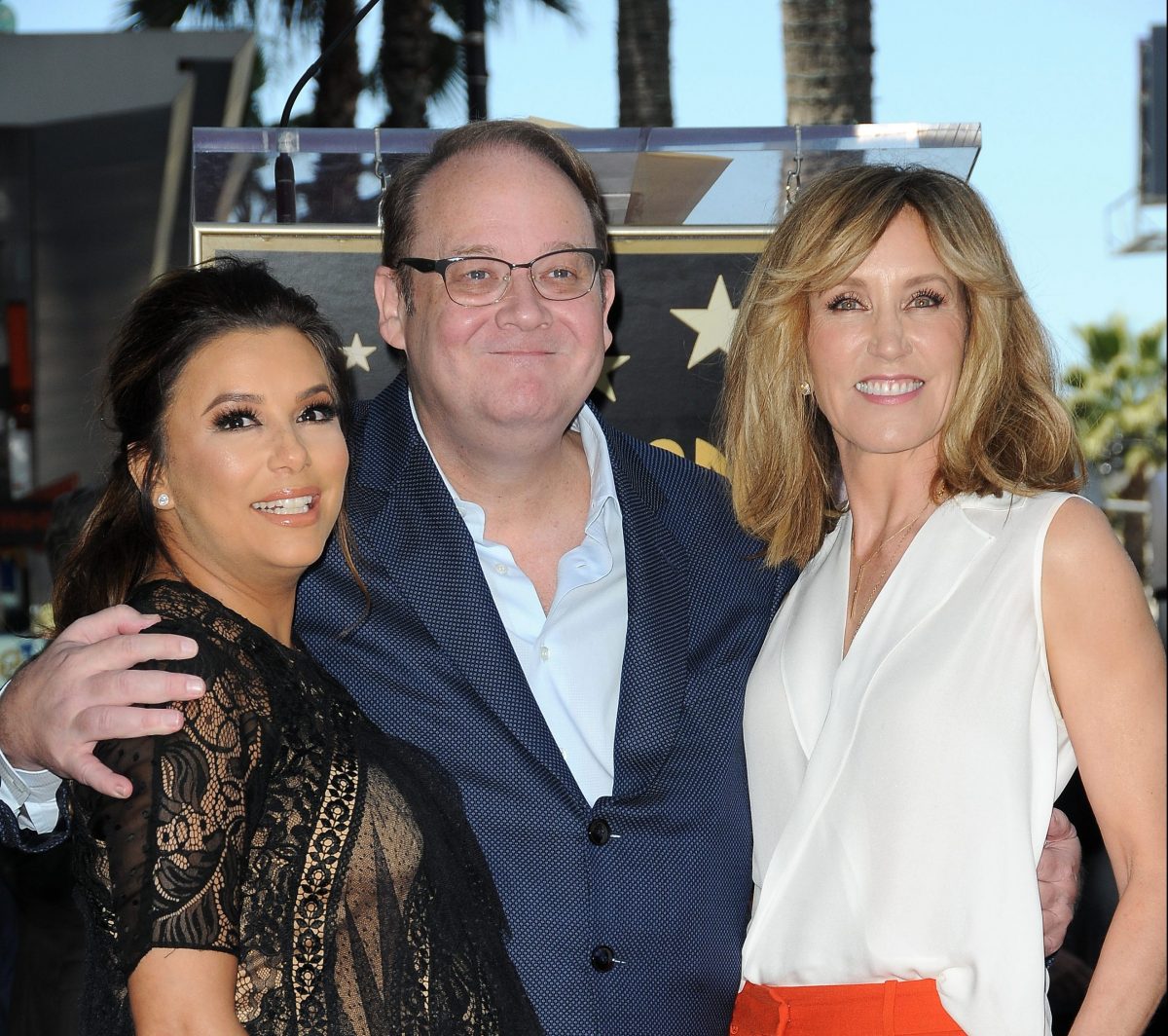 And while many may think it’s partly because one of its main stars, Felicity Huffman is embroiled in legal trouble over the college admissions scandal she was a part of and plead guilty to, it’s more about the time we are in, and the number of episodes he wrote, and the freedom being on a streaming platform instead of network TV, creatively affords him.

Cherry told Deadline,  “I did 180 episodes of Desperate Housewives, unlike a Sex and the City,which was on cable and didn’t do as many. I feel like I’ve done that, and in a weird way, I found a new way to do it because so many of themes that I get to deal with are on this show.”

In Cherry’s new series, Why Women Kill, it tells the story of three different women in three different decades and a murder that is a woven into the mix. Addressing reporters Cherry added  “It’s streaming and I do 10 episodes and it’s over.  The thing I went through with Desperate Housewive that was so difficult was cliffhangers. ‘OK, I got to do a cliffhanger every year and their lives have to change completely’ — and, oh, God, that’s so hard.”’

There was more intriguing tidbits for Wisteria Lane fans, Cherry revealed that he had planned an abortion storyline for a new character on ‘Housewives’, but ABC nixed it.  Marc stated: “I was not allowed to do an abortion storyline, and I’ve seen many people do it — and on ABC, interestingly enough.”

So, would you want to see a Desperate Housewives revival somewhere down the line, or glad that it seems done for good? Comment below.

Kyle Lowder On His Exit From DAYS: “So Grateful To Have Returned Over The Past Year To The Place Where It All Started For Me”

I don’t need a revival. Not everything needs to be revived. Enjoy the original. You can’t always go home again.

Momo, I agree about revivals and even more about REMAKES and films adapted for Broadway. If u want a good laugh, check out PLAYBILL.com for the latest spate: MRS. DOUBTFIRE, the musical; PRINCESS DIANA, the musical; BRITNEY SPEARS the musical….and on and on. Does no one have any new ideas or are producers just “playing it really safe”? KING KONG the MUSICAL? I’d rather watch the original 1933 classic. But that’s me.

Why so many “reboots”?

Don’t get me wrong, anything that involves any sort of actual talent is a better option than so-called “reality” dragonshit. But isn’t there a single writer in Hollywood who can write something actually NEW??

Whose soul do I need to buy to make this happen?

(and by “this” I don’t mean a reboot of Desperate Housewives. Maybe watched two episodes of it the whole time it was on the air. Indifferent about whether or not it ever returns)

Revival would be great

I would love new episodes!