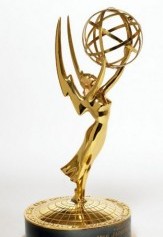 Is change a-coming for the voting system that determines the pre and final nominees for the Daytime Emmys next year? Nelson Branco filed this story to On-Air On-Soaps about the latest in the on-going debate on the voting saga!

EMMY REFORM IN THE WORKS? Could the right artists take home the gold next year?

And the Emmy goes to… the most deserving actor? That pipe dream may just become a reality if NATAS has its way.

Due to outspoken criticisms and deafening cries from the daytime TV industry, press, and from fans regarding the often unfair and skewed Emmy nomination process, NATAS recently held a meeting consisting of several members to discuss golden reform and address several key issues plaguing the integrity of the iconic award show.

An insider informs that the encouraging meeting, which drew about 40 members, including Sony exec Steve Kent, elicited a few healthy yet tense debates.

Newer members stressed the importance of revising the pre-nomination, nomination and judging process so the system can honor new blood, include actors who are blacklisted Emmy time due to backstage politics, and ultimately represent the best work from the calendar year.

Predictably, the old guard is still resisting change including the re-introduction of a Guest Star category.

So soapers, how would you change the Emmy voting system? Should the first round be taken out of the hands of the actors themselves?  Let us know your thoughts.

NEW DETAILS emerging on AMC's move to the web! Will the show be seasonal?

Real reform would be doing away with the daytime emmys and just consolidating it with the primetime emmys so this way there is no more god awfule las vegas infommercials.

This is a great idea! As long as it doesn’t turn into a long, boring Oscars-like award show.

Could this reform include going back a few years, righting some wrongs, and giving Crystal Chappell the Emmy she so deserved for the graveyard scene on GL? I’d be all for THAT reform!

All I know is that there is something wrong when truly the BEST actors are not getting their trophy and the fact that the same shows and actors are nominated over and over while others rarely even get a nomination/win!! Also, why have they stopped being televised and/or even advertised (for prime time) as they used to be?? Not happy about that at all!

Alot of changes need to be made….whatever it takes.

Every year the Emmy get worse and worse…it’s getting to be all about one big promo for Las Vegas…how about holding the emmy where there is no glitter and glam and just the Emmy’s? It was such a disappointment not to see any of the clips on which all the actors were nominated for,yet they used all the time selling make-up and promoting las Vegas. I won’t watch again. I think James Scott was robbed of the Emmy this year and last year. The Emmy’s were such a big joke this year.

I feel reform is necessary, Perhaps open up the first round to anyone believing they have emmy worthy material. That said, there would be alot of material to sift through. It is one way to do away with the much complained about popularity contest it has become.