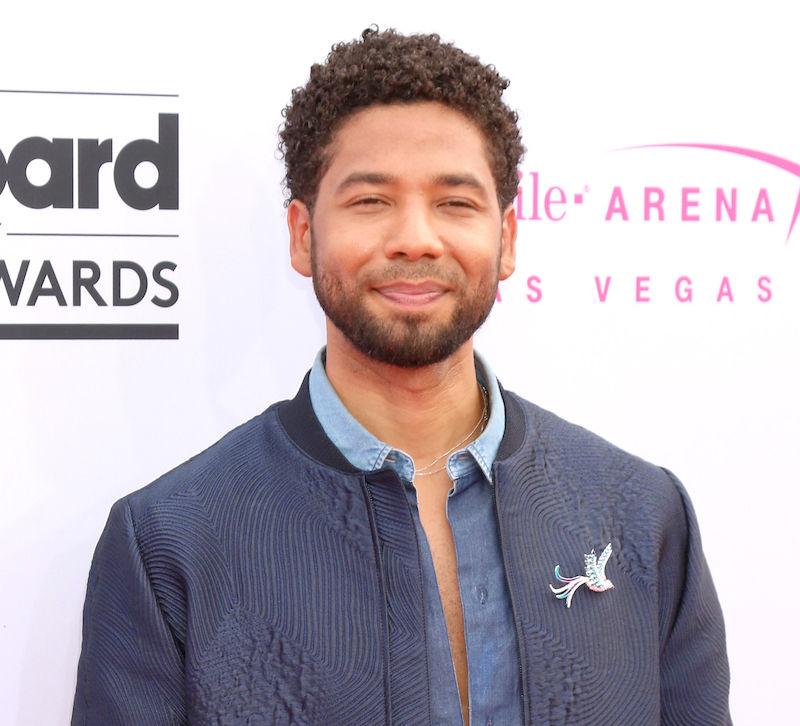 After being the victim of a reported racist and homophobic attack on Tuesday in Chicago, Empire favorite, Jussie Smollett (Jamal Lyon) released his first statement since the events transpired.  Yesterday, a Chicago PD spokesman Anthony Guglielmi called the incident an, “assault and battery case.”

Smollett, depending on his recovery and those very cold weather conditions in the Windy City. could be back filming Empire by early next week.

Jussie is is still scheduled to play a concert at the Troubadour in West Hollywood, California tomorrow night.

In his statement, Jussie said: “Beautiful People, let me start by saying that I’m OK.  My body is strong but my soul is stronger.  More importantly I want to say thank you. The outpouring of love and support from my village has meant more than I will ever be able to truly put into words. I am working with authorities and have been 100% factual and consistent on every level.  Despite my frustrations and deep concern with certain inaccuracies and misrepresentations that have been spread, I still believe that justice will be served. As my family stated, these types of cowardly attacks are happening to my sisters, brothers and non-gender conforming siblings daily. I am not and should not be looked upon as an isolated incident. We will talk soon and I will address all details of this horrific incident, but I need a moment to process. Most importantly, during times of trauma, grief and pain, there is still a responsibility to lead with love. It’s all I know. And that can’t be kicked out of me.  With Love, respect & honor… Jussie.”

So, share your thoughts on what Jussie shared after his shocking attack via the comment section below.

Another World’s Carmen Duncan Passes Away From Cancer At 76

Y&R’s Eric Braeden Speaks Out: “There Was An Attempt By The Former EP and Head Writer To Diminish The Role Of Victor Newman”

Love & prayers be with you & your family. Regretly happened in my home city.

I think Jussie Smollett made the whole thing up!!