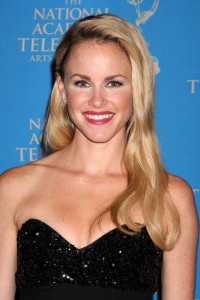 Julie Berman has been garnering several roles of late on primetime series; including her recurring role on NBC’s Chicago Med. Now comes word that Berman has been upped to series regular on the upcoming second season of Hulu’s original comedy, Casual.

According to Deadline on Monday, Berman who plays the role of Lei, the attractive and promiscuous assistant to Valerie (Michaela Watkins) who is a breezy, unintentionally vulgar poster child for the Adderall generation, but endearingly sweet, and who offers Valerie a fresh perspective on what it means to be a sexual women in 2016, role will expand.

The series premise follows the story of a dysfunctional family with a bachelor brother (Tommy Dewey) and his newly divorced sister (Michaela Watkins). Together, they coach each other through the crazy world of dating — online and off — while living under one roof again and raising a teenager (Tara Lynne Barr).

In addition, actress Kate Aselton will join the series for season 2 in the recurring role of Jennifer, a new therapist who takes the vacant office next to Valerie’s. Composed, sophisticated and with a group of long-standing friends, Jennifer has built a satisfying post-divorce life, a life that Valerie is desperate to be a part of.

So, what do you think of the recent successes of three-time Daytime Emmy winner, Julie Berman, the former Lulu Spencer Falconeri on General Hospital? Share your thoughts in the comment section below.

The Soap Opera That Is ABC'S Talker THE VIEW To Have Book Written On Behind The Scenes Drama!

DAYS Thaao Penghlis Talks Andre Being Framed For Stefano's Murder, His Machinations Of Chase, Saying Goodbye To Joseph Mascolo & What Lies Ahead!

Miss her as lulu. Emmly rylan is ok but not as lulu , but it is what it is an of course any success that comes her way is deserving .

She’s a beautiful and very talented actress so good for her!

I think she is a marvelous and beautiful actress and I sure wish she would be cast on Days of our Lives. (A perfect Abby)

I didn’t care for her GH.

I love Julie, she is a wonderful actress, I still miss her as LULU. Emme Rylan is also a terrific actress, but I still prefer Julie in the role of Lulu.

I will take Julie over Emme anyday of the week. I still miss Julie as Lulu too.

I promise–if Julie comes back as Lulu I will stop calling that character Boo-Boo.

No matter what I’ve seen her in she always comes off as a “tomboy” to me. I dont like her character on Chicago Med…very abrasive. And I prefer Emme as Lulu. But still…great opportunity for Julie.

Yeah, what happened to her character on Chicago Medical–just saw her briefly in her “briefs”–lol–and didn’t see her again. ??

Julie hasn’t been a main character on Chicago Med but she was seen in snippets as a very capable ER doctor and lover of one of the main ER doctors. On the latest episode she broke the news to him that she had a great opportunity at another hospital that she was accepting…thus her upcoming exit to her new gig…”Casual.”

Congratulations to her but please come back to GH.

I found this lulu fit very well into the gh of the time. It was very mob heavy and she interacted perfectly w every other character on the show. I enjoyed her when she was younger. Then as she got older the only person they had her interact w was dante. I didn’t care for the adult version of her. She was great as the adventurous young person always getting into trouble. Anyway, a lot of people loved her and dante together, I just did not. Although her acting was always great. She seemed ready to move on. I thought… Read more »

I miss Julie as Lulu on GH; however, I enjoy seeing her have success in other areas. Having a recurring gig on the Dick Wolf production, Chicago Med, is a good thing – but being a regular on the Golden Globe-nominated Casual is a bigger deal for me. Loved Casual in its first season and I’m really looking forward to Season 2. Julie, for me, played the quintessential Lulu, combining some of Luke’s edge and cynicism with a vulnerablity and depth of emotion that touched me. I’ll always be happy to have shared her time on General Hospital.

I truly miss Julie’s presence as L. There was an appealing lightness that was a perfect counterpoint to the darker dramatics that she was asked to portray as the equal parts street smart and guard your heart closely Spencer daughter . And her pairing with DZ was (for this viewer), a refreshing as well as potent mix of sweetness and sensuality that oozed across the screen. Seeing her work on “Chicago Med” and “Casual” has allowed her to dive into characters that are completely different and it backs up what I’ve always thought about her as an actress-that she’s got… Read more »