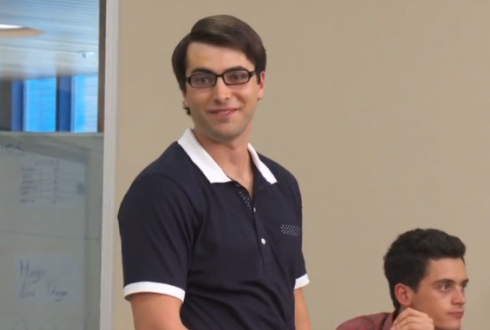 The wait is finally over for those who have eagerly anticipating just what Days of our Lives favorites Freddie Smith (Sonny) and Shawn Christian (Daniel) have been up to with their series creation, Addicts Anonymous!

The series will make its online debut on Tuesday, November 26th at 7PMEST at the series website www.addictsanonymous.tv  There will be a new episode posted every Tuesday after that totally six installments!

In this “The Office-style” comedy, Addicts Anonymous drops viewers into the hilarious group sessions of social misfits struggling with addictions of all kinds – drugs, food, sex, anger, and more. Addicts creators are currently pitching the series for a full television pick-up!

The cast features Freddie Smith as Gary Goldberg as the addiction counselor, and the hilarity ensures from there, with a cast featuring former Edge of Night star, Lori Loughlin, former DAYS star, Molly Burnett as a thrill addict and Matt Walsh from The Hangover and more!

The series was written and directed by Shawn Christian, Freddie Smith, Jack Briggs and Nate Hartley all whom appear in the series!

Watch the teaser for Addicts Anonymous after the jump! Then, let us know if you will be checking it out next Tuesday for the online premiere?

B&B Casting Young Beautiful British Sex Kitten! Who Would You Suggest For the Role?

Freddie kinda reminds me of a nerdy Clark Kent…and the show brings back fond memories when i was in a mental hospital in the 1990s(ok i know Addicts isnt about a funny farm but it still reminded me of the one i was in…lol)…this web series looks a lot better and funnier than others iv seen here…some network should turn this one into a weekly primetime comedy.

I said either one would be killed off…

Gabi will go to prison for Nicks death and Will and Sonny will get full custody of baby Arianna…?