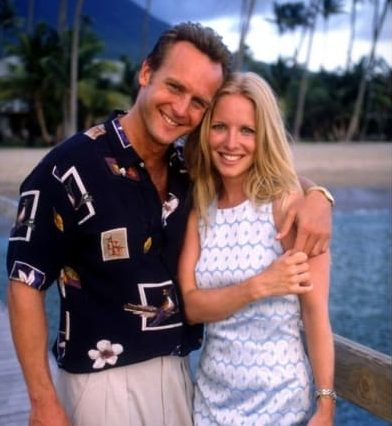 Let’s take it back to the year 1996, and on The Young and the Restless that was the year that Paul (Doug Davidson) and Christine (Lauralee Bell) first said their “I do’s” and had quite the eventful honeymoon in Nevis, thanks to Phyllis (Michelle Stafford).

Now fans of the top-rated daytime drama can see the honeymoon bliss and drama tomorrow on the Friday, April 24th airing when CBS rebroadcasts the episode that first aired back on August 21, 1996. 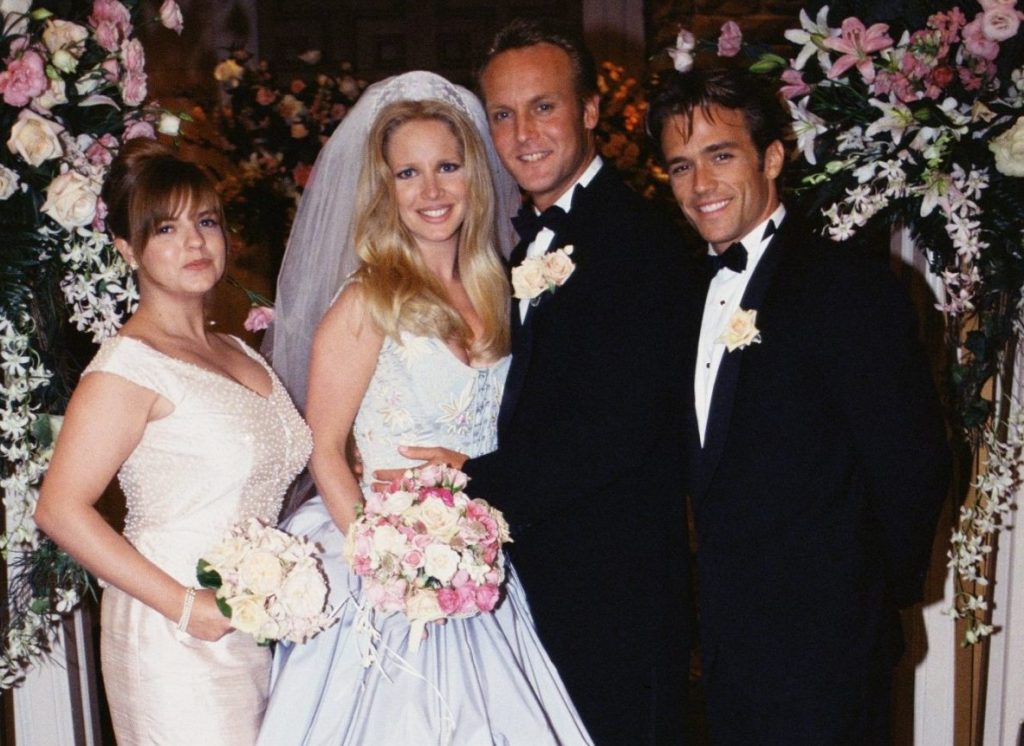 Here’s what to expect: Newlyweds Paul and Christine Williams honeymoon in a tropical paradise, blissfully unaware their nemesis, Phyllis is also vacationing there. Determined to have the island to herself, Phyllis finds a slimy way to spoil their trip. Back in Genoa City, Sharon and Nick Newman (Sharon Case, Joshua Morrow) plan a family dinner to share their baby news of their first child..  In addition look for drama in the quadrangle of Cole (J. Eddie Peck), Victoria (Heather Tom), Ryan (Scott Reeves), and Nina (Tricia Cast).

On Thursday to promote tomorrow’s rebroadcast, Michelle Stafford and Lauralee Bell participated in this video below that was posted on Y&R’s social media accounts.

So, will you be tuning in to this classic installment of Y&R tomorrow? Let us know in the comment section,

Yes I will be tuning in…the CLASSIC episodes are wonderful to watch unlike today’s so called Y&R.

Why did Phyllis want to spoil their honeymoon?

I had forgotten that Ryan was the best man he looks like a baby oh what a great soap it was then! I am very happy that they are showing these old episodes lots of fun! That’s so funny that Victoria was in romances etc and Billy Abbott was not even born yet lol 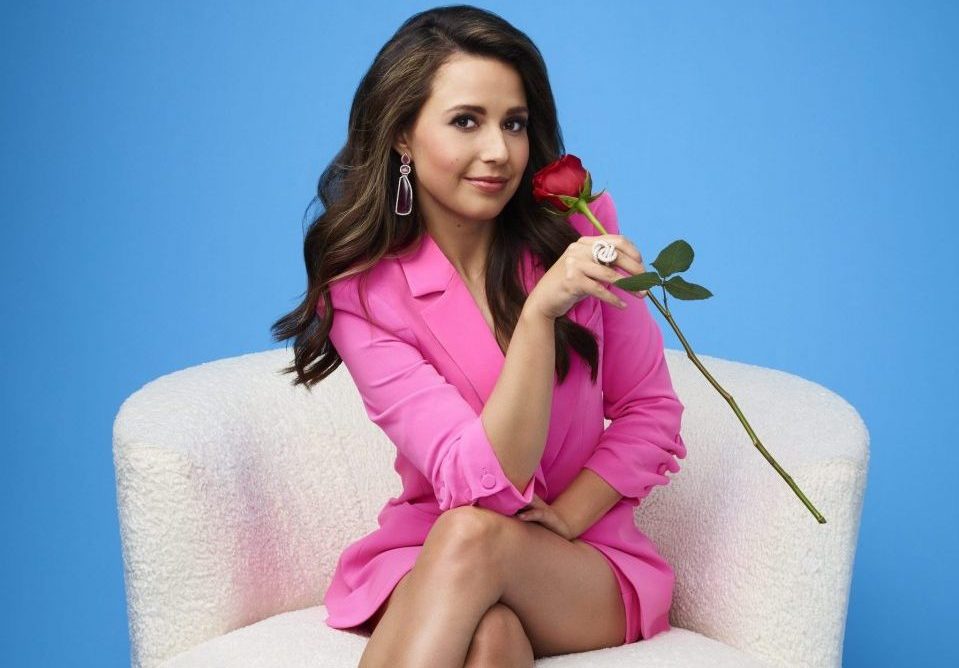 “A shocking arrival, tough decisions, emotional exits, and budding romances … don’t miss all this and more as The Bachelorette continues,” are the log lines the ABC reality-dating series foreshadows in its latest promo; as the back-half of its season is about to get underway.

After Monday’s night’s episode, this latest promo was revealed and for ‘Bachelor Nation’ some key moments where within it.  Problem is, you don’t know what is actually what, because the way the producers edit these, a reaction and a response could be from two different scenes or moments, and they are, of course, all out of order. That includes the narrative VO lines spoken by the contestants or ‘Bachelorette’ Katie Thurston, and how it may not match what you actually see play out when it airs within an episode.

So with all that, here is what was notable:

It appears that dad to a toddler, Michael A., will exit the show after receiving a heartbreaking Facetime call with his son, who says to him, “Maybe Daddy doesn’t want to see me”.  But does he leave?

Someone shows up at Katie’s door that she is very surprised to see – we are guessing it’s someone with some key intel to throw a wrench into one of Katie’s relationships.

Since late arrival Blake is seen speaking to his sister, one can assume he received one of the coveted ‘Hometown’ slots. 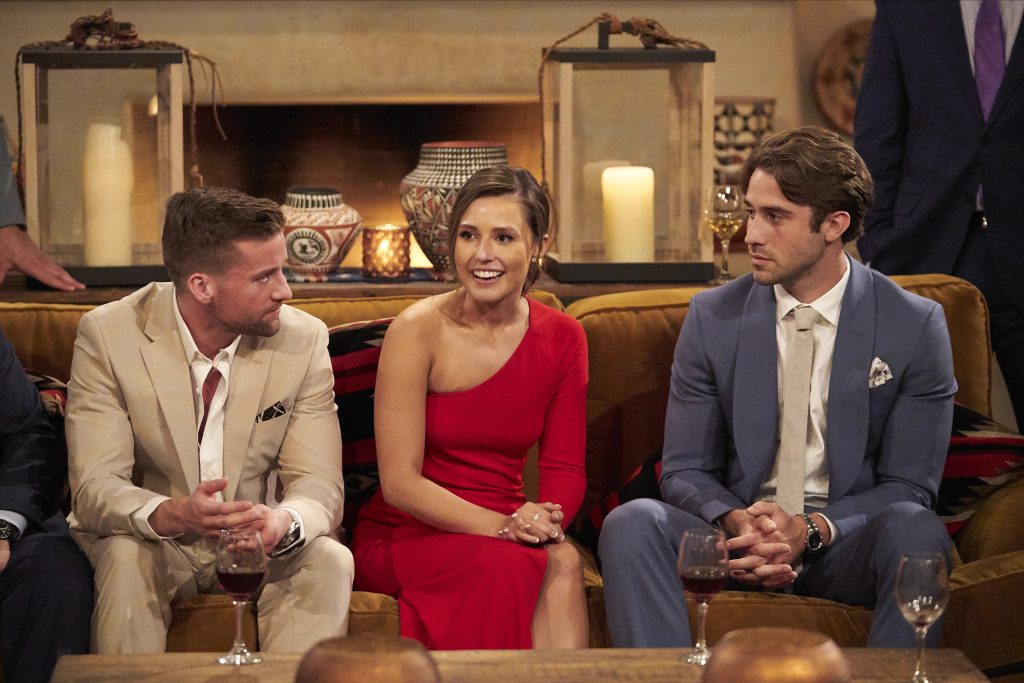 Favorite to win Katie’s heart, actor Greg Grippo, seems to get highly emotional and walks off the resort, that is followed by Katie seemingly following him angry.  But is she going after him, or talking to someone else?

Later, Katie announces she wants to just go home.  Did she exit the show ahead of schedule?  According to a report, this season of The Bachelorette wrapped one-week earlier than expected on Saturday, April 24.

So, take a look at the mega-promo below. Then let us know, who do you think will remain in the running for Katie’s heart towards the end of her journey … or is it another ‘Bachelor Nation’ bust, but this time for Katie?