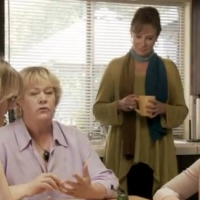 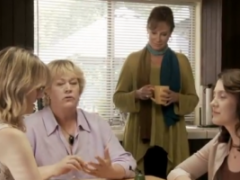 Several of your favorite web series starring daytimers, past and present, received nominations in the 4th Annual Indie Soap Awards Nominations via We Love Soaps!

Other names fans will recognize include Daytime Emmy winner and Guiding Light favorite Cynthia Watros who was nominated for Best Actress (Comedy) for Cynthia Watros Gets Lost! One Life to Live’s  Tuc Watkins landed a Guest Appearance in Comedy nod for his work in Where The Bears Are! Former ATWT star, Yvonne Perry scored for her work in Super Knocked Up in the Best Supporting Actress (Comedy) category.

The winners will be announced on February 19th at the New World Stages in New York City! For the complete list of nominees click here!

So soapers, what do you think of the nominations? Are some of your favorite web series and performers in the running? Let us know!

Wally Kurth Back To Work On General Hospital!

Sonny Corinthos Vs. Victor Newman! Would You Like To See The Ultimate Soap Smackdown? GH's Maurice Benard Would!

In a once-in-a soap-lifetime event during the Covid-19 pandemic, the cast of As the World Turns will reunite for one night online for a virtual reading of the CBS daytime drama’s final episode that aired back 10 years ago this past September,

This livestream event is for a good cause and is brought to you by former ATWT cast member, Trent Dawson’s (Ex-Henry) theatre group The Katonah Classic Stage.  Dawson is the artistic director there.

Over 26 veteran cast members from ATWT, including Larry Bryggman, Don Hastings, Kathryn Hays, Elizabeth Hubbard, Michael Park and more are set to participate in the reading plus some surprise guests.

The show will be streamed  n The Locher Room YouTube channel, 0n Wednesday night, October 28th at 8 p.m. EST/5 p.m. PST, where fans will also  have the opportunity to comment and ask questions of the cast,

The event is asking for a $15 donation to be able to see it and you can click here for more info!

Working with Katonah Classic Stage (KCS), a professional, nonprofit theatre group an hour north from New York City, Dawson is hoping this event will help those in need.  KCS has access to outdoor performance space that can provide a safer, more  socially-distant experience for the artists and the audience. The fundraiser not only  applies to salaries, but to health care as well; without employment most artists are ineligible for health coverage during a time when such insurance is critically important.

So what do you think of getting these beloved stars from ATWT together for a good cause to relive and read the script of the final episode from Oakdale? Comment below.

This Thursday, October 8th, to support National Bullying Prevention Month, Alan Locher and his Locher Room You Tube Channel will be holding a special conversation.

That is when As the World Turns fan favorite, and two-time Lead Actor Daytime Emmy winner, Michael Park (Ex-Jack) along with the CEO and Founder of STOMP Out Bullying, Ross Ellis and former New York Jets legend Tony Richardson will join Alan at 2 p. m. EST.]

STOMP Out Bullying is the leading national nonprofit dedicated to changing the culture for all students, calls on the nation to support their mission by raising awareness around the need to develop a society focused on kindness and inclusivity.

So, will you be checking out Michael and company for this special chat? Comment below.