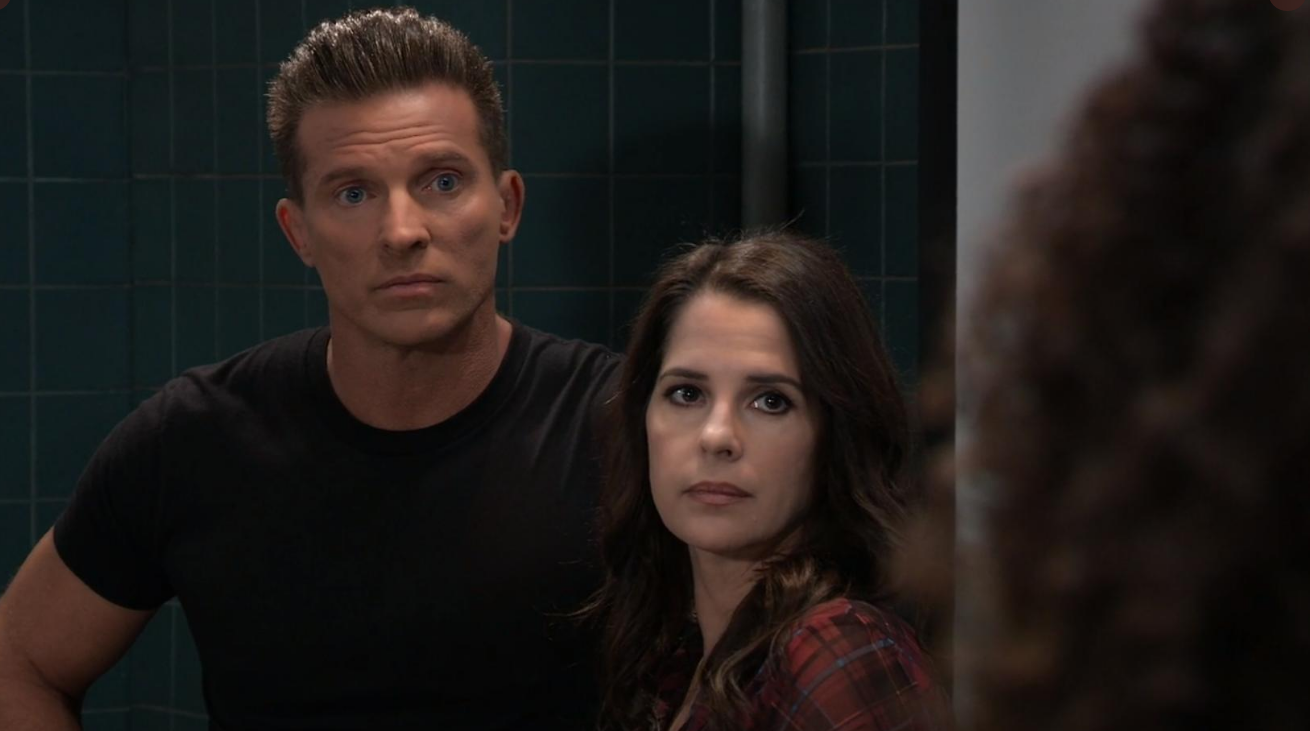 Last week on General Hospital there were some major developments for the characters of Port Charles.  First and foremost, it looks like Shiloh’s (Coby Ryan McLaughlin) reign of terror has come to an end, thanks to Sam (Kelly Monaco), the person he came after from the very beginning when he arrived on the scene in Port Charles.

After a major confrontation where Shiloh admits to Sam that he killed his father, and then comes after her where it looks like he might rape her. Jason (Steve Burton) saves the day and shoots Shiloh, but guess what? Shiloh was wearing a bullet-proof vest and he is not done … by a long shot.  Later, Shiloh attacks Jason with a bat on the deck of the ‘Haunted Star’, and after a struggle … where Shiloh sneers he has been waiting to kill Jason for a long time, Sam shoots Shiloh in the back with a flare gun.  Next, Shiloh screams and goes overboard, but did he, like many others, survive the steely waters of Port Charles? 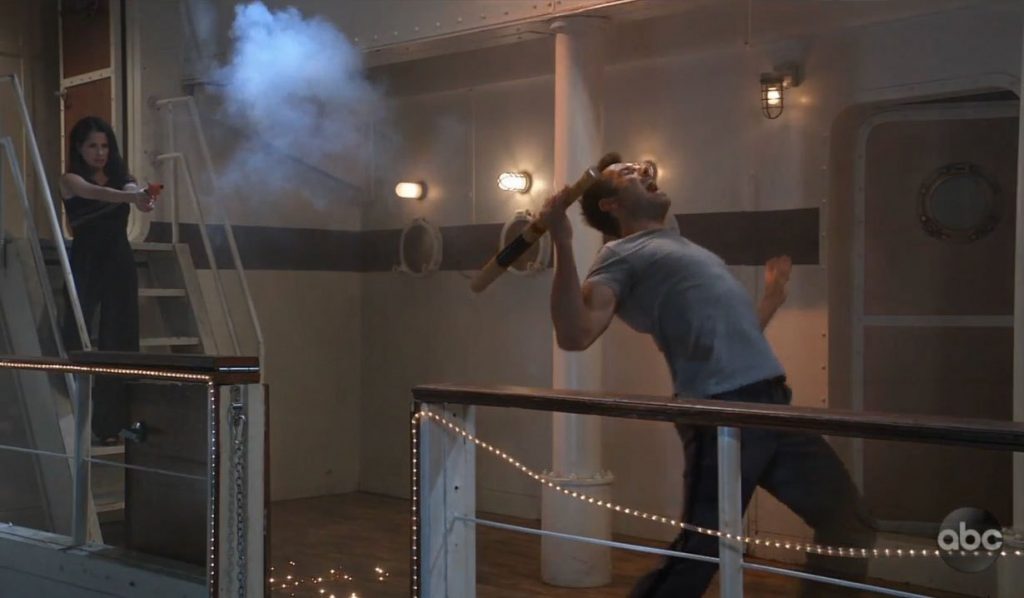 Turns out looks like Shiloh is soap opera dead, ‘dead’, as a gurney is wheeled into General Hospital with a body bag on it.  Chase (Josh Swickard) is along with the body and says he cannot confirm it’s Shiloh until a proper ID is made.  Willow (Katelyn MacMullen) is there at the hospital and say she will do it.  And, she tells all that this is the body of “David Henry Archer… Shiloh”.

However, a nurse who looks a little suspicious was tending to Sam’s wound at the hospital, and the next thing you know she gets in touch with Jordan (Briana Nicole Henry)at the PCPD.  Earlier, said nurse, had a flashback to Jason and Sam talking about how Shiloh was killed.  Is this nurse part of a contingency plan Shiloh left behind to stick it to Jason and Sam if he should get killed? Could be! But, Sam is then called by Jordan to come down to the PCPD to answer some more questions.  Will Sam go to jail for shooting Shiloh? 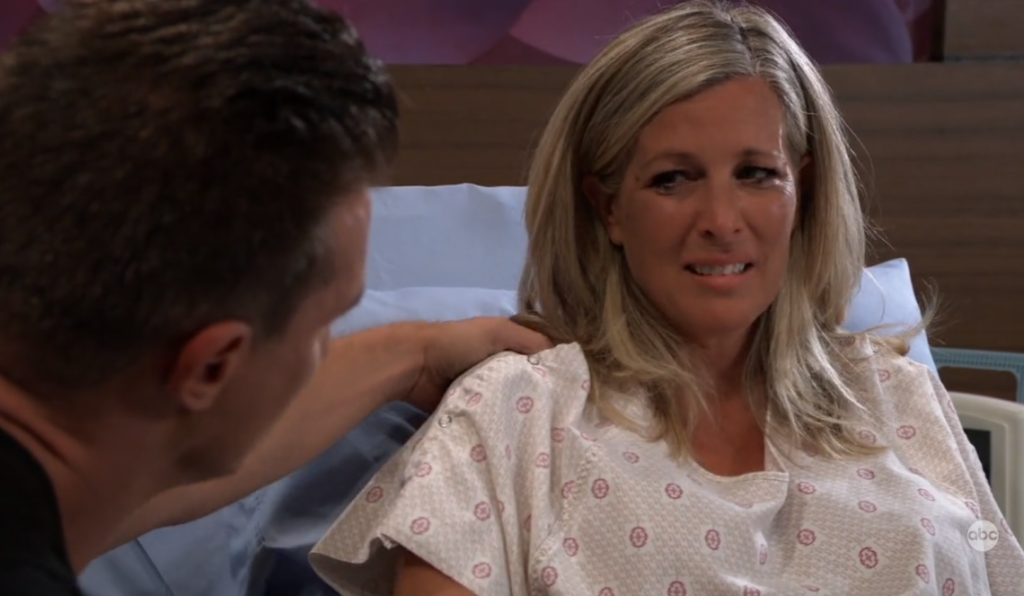 While all of this is going down, Carly (Laura Wright) goes into premature labor, which is not good.  Now she is faced with having a c-section two weeks earlier than planned and is very scared.  Jason is there at the hospital with her, until Sonny (Maurice Benard) arrives.  Now that Carly and Sonny are together; will their baby survive?

Elsewhere, Liz (Rebecca Herbst) continues to fight for Franco (Roger Howarth), but feels she has to have him locked up in a psychiatric facility in order to protect him.  He is very enraged because he believes he is truly Drew Cain.  Will Liz’s plan to get the man back she loves work, or backfire, and send him into the waiting arms of Kim (Tamara Braun)? 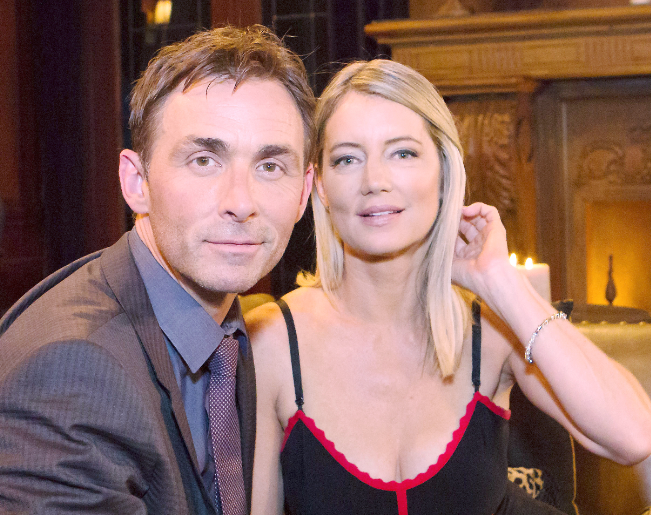 And finally, the wedding day of Valentin (James Patrick Stuart) and Nina (Cynthia Watros) is fast approaching, talks of Bachelor and Bachelorette parties is happening and Sasha (Sofia Matteson) is ready to unburden her secret – that she is not the bio-daughter of Nina!  Will the secret come out before the nuptials? At the nuptials? Will Valentin and Nina tie-th- knot? And Valentin has more trouble ahead as the codicil to Mikkos Cassadine could play a big part in bringing him down.  If Laura (Genie Francis), Hayden (Rebecca Budig) or Curtis (Donnell Turner) can find it, it could mean Spencer (Nicolas Bechtel) is the rightful heir to the Cassadine fortune and all that comes with it.

So, what did you think about the shooting of Shiloh? Glad he is gone for good?  Will Sam be sent to prison?  Do you think Carly’s baby will be OK? Will Liz get Franco back anytime soon? And do you think Sasha will come clean with Nina? Share your thoughts via the comment section below as we head into a new week on GH.