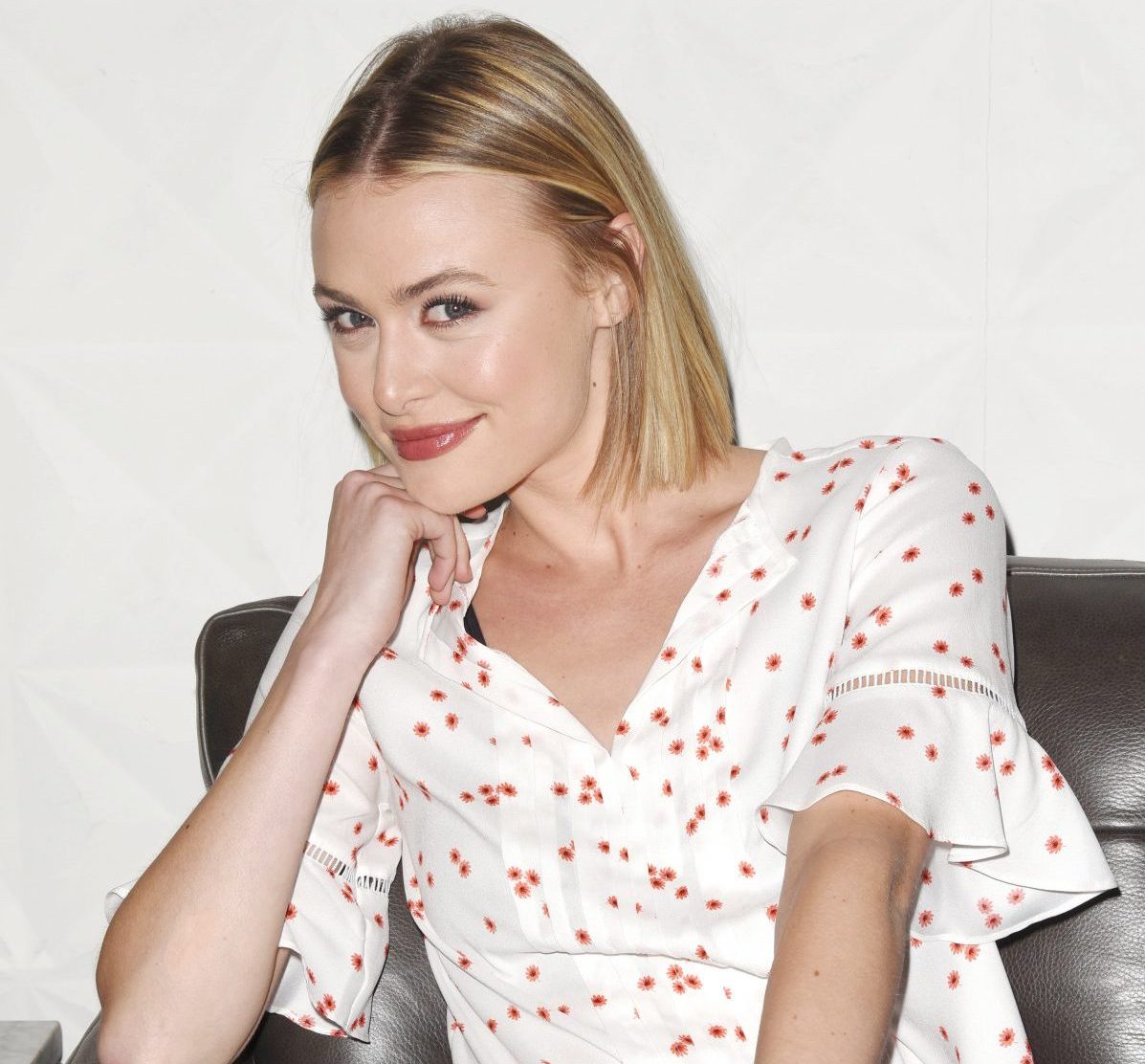 After recently making a guest-star appearance and a brief return to her old stomping grounds at General Hospital, Daytime Emmy winner Hayley Erin’s primetime series, Pretty Little Liars: The Perfectionists has been canceled by Freeform after only one season.

As GH fans know, Erin came back as the vision of Kiki in key scenes with her on-screen mother Ava Jerome (Maura West).  That episode aired on August 22nd. And earlier this year in late April, Erin won the Daytime Emmy for her work for Outstanding Younger Actress in a Drama Series.

The new version which along with Erin starred: Sofia Carson, Sydney Park, Eli Brown, Graeme Thomas King, Kelly Rutherford and centered around  series leads: Alison DiLaurentis and Mona Vanderwaal, averaged under 600,000 viewers after a week of delayed viewing; while the original series pulled in over 2 million per episode.

Now the question remains: would GH consider bringing the popular Erin back to Port Charles as a new character? A Kiki doppelgänger?  GH fans know that Kiki was brutally murdered by Ryan Chamberlain (Jon Lindstrom) and then her body identified in the memorable and emotional scene where Ava unzips the body bag containing Kiki.    Anything can happen in daytime though, right?

So, sad to hear of the cancellation of PLL: The Perfectionists? Would you want to see Hayley come back to GH? Share your thoughts via the comment section below.

Maybe she can come back to y n r as the first adult Abby
Current Abby is not cutting it as the legacy character of Ashley Abbott and Victor Newmans daughter
Abby should be making power moves as a dbl agent for Newman and Jabot with the other bastard newman child Adam . Not opening restaurants with conartist Chelsea and Phyliss
Every love intrest she pairs with gets fired. Geez. Quickly pair Nate with Mishael Morgans new character!!

Best idea ever about her returning to Y&r as Abby! Would love that

Yes I think she is a terrific actress. I wish there was a clever way they could have her return as Kiki. They’ve done it before with other dead people

I wish!! “Calling Dr Rolf ….calling Dr Rolf…..”. There is always a method to resurrecting characters—it’s a soap.
By the same token, I like Damien’s idea,as well. We need a nuAbby—-this one has run her course, as far as I’m concerned. Abby needs vibrancy ; excitement—-qualities in which Abby should invest. So far, she seems to be getting into the same foreseeable predicament . Same old, same old—someone always coming to her rescue. Give the girl a life!! Set her table—-
I think Erin would bring a youthful and bright spin to such a dull, mediocre role.
.

or as a new Claire on Days

she played a teenage Abby before Emme Rylan. Hard to beieve Lulu and Kiki both played Abby.

No more twins and doppelgangers and back from the dead. It lessens the emotional impact. Days of our Lives is just absurd right now. Its at the point where characters dont even bat an eyelash when someone from the dead returns. It almost felt like overkill when Adam and Chloe came back from the dead so close together on Y and R. At least characters acted appropriately, and commented on how strange it was. Hayler could play any new character. I would welcome her return. She grew phenomenally…into an Emmy winning actress!

That’s right, Colin!! I had completely forgotten Hayley was the original Abby, as a tween. As yourself, I would take her back as Abby, without batting an eyelash!! I had reached such a place of contentment ( HaHa)!where Days is concerned, that these obtuse developments sort of breezed by me. Absurd is a perfect description—so disappointing!! It’s an alternate world, at this point—amazing how Jack falls on his head and voila’…. miraculously, his memories are restored. Then there’s GH. Doing her job or not, shouldn’t Jordan be happy to rid the town of Shiloh? Hmmmm. So, she arrests Sam for… Read more »

You just never know on soap’s but they put Dr Finn in after he was a different person??

I d love to see her back. But not as KIKI OR A SISTER OF KIKI every one has a double in the world. Brand new character for ERIN

I don’t think KK should come back as a look-alike or return from the dead. I think that story is over. I love the character but she’s dead for real. One less dead person to come back as something else. I think Michael E knight will be a Cassadine LOL and I would love to see that. I can’t wait for him to be on the show. I think GH needs to pull the one life to live and all my children people into storylines as most of the viewers are very familiar with the actors. I think we should… Read more »

Yes please bring Kiki back. I miss her.

Would it be crazy for Hayley Erin to come back as another character….Possibly Star Manning? In my humble opinion, it would be a great twist. =)

I think she needs to come back as Kiki’s twin sister and I also think that she should be Nina’s real daughter. When Nina gave birth her mother separated them and sold them individually.

Please don’t! GH does not need a Kiki reboot. There are many more interesting characters on the canvas that I’d like to see. And while I’d like to see Mara West get a story line worthy of her talents, retreading her relationship with Kiki (however they’d make that happen) would be FF material for me.

Sorry PLL: The Perfectionist was cancelled. I liked it.

The character of Kiki never had any valid reason to exist in the first place. The whole thing started as a legal loophole to recover from the idiotic idea of merging OLTL into General Hospital, where “Kiki” was just a rebranded StarTwit. Hayley certainly played the part better than the original untalented Disney princess did, but the character was brutally murdered, her ridiculous mother has whined about her death constantly for nearly a year, and nothing short of Dr. Rolf’s zombie serum could excuse her suddenly being up and walking around again. And this is Port Charles, not Salem, so… Read more »

Yes bring Kiki back to gh

I hope. Maybe she had a twin? Maybe she changes her look and is Nina’s daughter BUT Stafford is gone and the NuNina looks nothing like Erin.