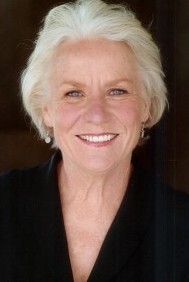 We seem to not be able to say goodbye to 2016 quick enough without news of people’s deaths in the public eye.

In an ironic twist, when Jax left the canvas in a hurry in November, he had to scurry out of Port Charles to tend to his ailing mother in Australia, after coming to town to be with Carly (Laura Wright), following the death of her son, Morgan.

Laura Wright took to Twitter to share her reaction and condolences stating:  “So sad– what an amazing woman the world lost — Barbara was fearless #RIP”

Among Tarbuck’s other television credits, they included roles on: ER, Cold Case, Santa Barbara, Falcon Crest,  Dynasty, Dallas, American Horror Story to name but a few. Tarbuck was also a reknowned acting coach and appeared in numerous stage productions throughout the world.

In a year in the soaps that has seen us having to say goodbye to the likes of Agnes Nixon, Larkin Malloy, Claire Labine, and Joseph Mascolo among others, Tarbuck’s death punctuates that.

Share your thoughts on the passing of Barbara Tarbuck and her performance as Lady Jane Jacks in the comment section below.

I cannot believe the irony of this. She wasnt on GH much but she was a good actress and I wish they could have had her straighten out Jerry! God bless Barbra!

Timmm…It was wonderful how “real” and how right Barbara seemed as Mom/Lady Jane to Jax and Jerry, even though she wasn’t on that much. I was hoping we would see her again in Port Charles on a short visit with Jax to see Josselyn. It must also be especially sad for Ingo who has recently had another lose within his own family recently.

I agree Rose, can you imagine how weird Ingo must have felt to leave PC to be with his ailing mom and then the actress really dies?

I am very sorry to hear this news. She was wonderful as Lady Jane. May she rest in peace.

She was a great actress, made her role interesting and intriguing. I watched her on many shows
RiP

She was a classy lady. RIP

This is so sad. My sympathy to her family and friends. She is missed, and always will be. I loved her work on GH, because she was the loveliest of the Jacks family. Her death and now Debbie Reynolds has made this a very heartbreaking day.

Can 2016 please come to and end without anymore deaths. This week alone was the worse. George Michael, Carrie Fisher, Debbie Reynolds and Barbara Tarbuck.

So sorry for a great loss its always hard to say goodbye
R.i.p.
Big gh fan since i was a preschooler. When my mom used to watch it id cut school to come home to watch it..
Rosalie

Hopefully, there will be A LOT LESS celebrity deaths in 2017……….