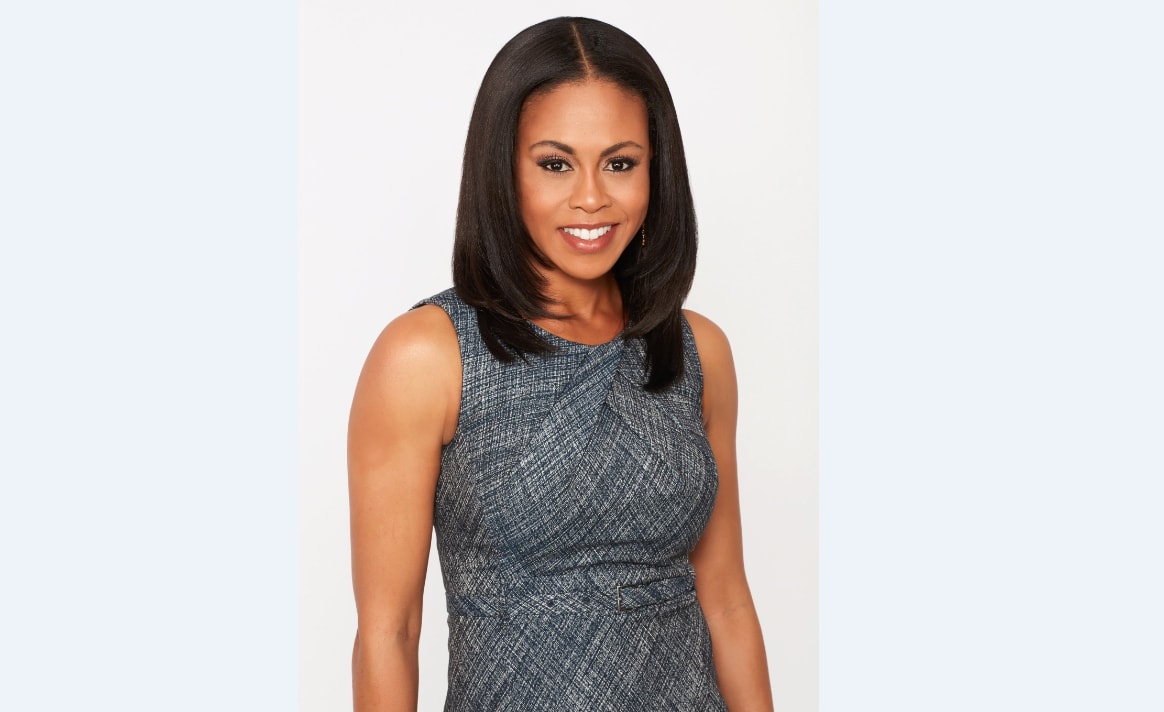 The legal drama is scheduled to air this fall.  In Diggstown, Antoine will play Marcie Diggs, a top corporate lawyer who decides to dedicate herself to a legal aid office in Dartmouth, Nova Scotia.

This casting news will make Vinessa a part of Canadian TV history as the first Black Canadian actress to star in a prime-time drama on legacy network television, CBC.

Antoine spoke to the Toronto Star about her starring role, “When I first read the script I was really attracted to the notion that she was a corporate lawyer and she believed in the system. And when that crashed for her, life nudged her to do something extraordinary. And because I’m a woman of color, so many things connected. She’s complex, not stereotypical, and that’s refreshing.”

However as suspected, and according to the Toronto Star: “General Hospital fans will not be happy to learn that Antoine, who has been with the show since 2014, will no longer be a series regular when she starts shooting Diggstown in August.”

So, excited to hear Vinessa has been cast in a leading primetime series?  Comment below!

Dominic Zamprogna Speaks Out On His Decision To Leave GH, His Final Scenes With Emme Rylan & How Dante Exited The Canvas

Guess that casting call was for Jordan :(. Good for her, though!

I wish you well, Vinessa.

It is a good thing for Vinessa Antoine (Jordan).
She is not often seen, her role on GH is quite sparse.
I will assume she will be the next to exit GH.

VA had the credits of Canadian productions behind her before she was cast on GH. Most were supporting or guest starring roles. Diggstown gives her star billing. She is moving on from GH. I am a fan. I hope we get to see Diggstown on Netflix eventually. Congratulations!!!

I think Anna will get her old job back when Jordan no longer is.

I certainly hope so….Anna never should have been replaced by Jordan, who is the worst and most ineffectual PCPD commish ever! I’m glad to see her go….

Me too Jordon was always boring to me

Mac needs to return to thepolice force too

I didn’t like the character or the actress very much, but kudos to her for breaking through yet another glass ceiling for actresses and women in general. I hope she does well; I can see her being perhaps more likeable in a better role. And, let’s face it, her new character is bound to win more cases than Jordan solved crimes.

Yup. Vanessa will be saying goodbye to GH.

Dear Michael Fairman- There is a problem with posting and Chrome. Around July 7th Chrome no longer was able to post. Dear Michael Fairman- I wrote message(s) that never posted. I never was mailed the ”your message has been approved” (nor were they posted, of course. (I run chrome. So– I wrote 4 messages using Firefox I wrote 4 messages using Chrome the 4 Firefox messages; I received the mail ”your message has been approved”, and they were posted. the 4 chrome messages; no mail not posted, nothing Before July 7th I had no problem using chrome to post. //… Read more »

Unfortunately, her storyline on GH just fizzled time and time again. It’s a shame, because I think Vinessa is a talented actress that was under used on GH. And now she’s no longer a “series regular”? Who’s going to be able to tell? They didn’t play her very much at all this past year. Oh, sure, a scene here and there. I don’t even care about Stella interfering in her relationship with Curtis because it’s been a onenote story forever. Nothing like bringing in a sudden ex-girlfriend is going to make me care about that. Good for Vinessa, though, in… Read more »

I am from Canada– the only thing most Canadians watch on CBC is hockey, news and Heartland- CBC has a fair amount of made in Canada content as part of their mandate and most of the shows they air do stay on a long time mainly for that reason and government funding– yet the quality of shows have improved vastly over the years, so although she probably made more money on a soap – this might be a good gamble for her– she will definitely get a chance to apply her craft in this series — so I might give… Read more »

Mary SF…I’m in Toronto area this summer visiting my son and grandson. Heartland looks really good, but since I didn’t see it from the beginning hope they binge it while I’m here. Also have liked some of the other bakery, antique store, flower shop mysteries they tend to show on weekends. Nice, non-violent, and I like the actors. But right now I’m watching the Blue Jays lose to the Red Sox.

Will miss Jordan on GH … sounds like a great new show. Congrats to Vinessa!

Why not use Brytni Sarpy? She was talented. Plus, no one really remembers Valerie anymore since they dropped her in favor of all Frank’s other creations!

She chose to go recurring to pursue other acting opportunities, but Sarpy is returning to set in the next few weeks. As for the character of Valerie, I’ve found her useless since her debut, and have been enjoying not seeing her.

Amen, Scott! What could—and should—have been a really substantial character from the Spencer family tree turned into one of the most inconsequential duds ever! It’s painfully obvious there was no forethought put into Val above and beyond the fact that she would be a prospective homewrecker for the Falconeris. Once she achieved that “scarlet status,” as Dante’s adultress, she was all but gone and forgotten. It seems quite pointless to bring her back now…

My best wishes to Vinessa Antoine; I’ve loved her as Jordan Ashford since she came on as an undercover in the Jerome crime family. Jordan has become one of my favourite female characters on General Hospital, so it’s sad to know she’ll be going to recurring status next month. However, Ms. Antoine is moving onto bigger and better things, and I wish her all of the best! Hopefully, we can view the series in the States, as well, because I would love to see it!

Vinessa, RUN like HELL while you can. The show is a train wreck!