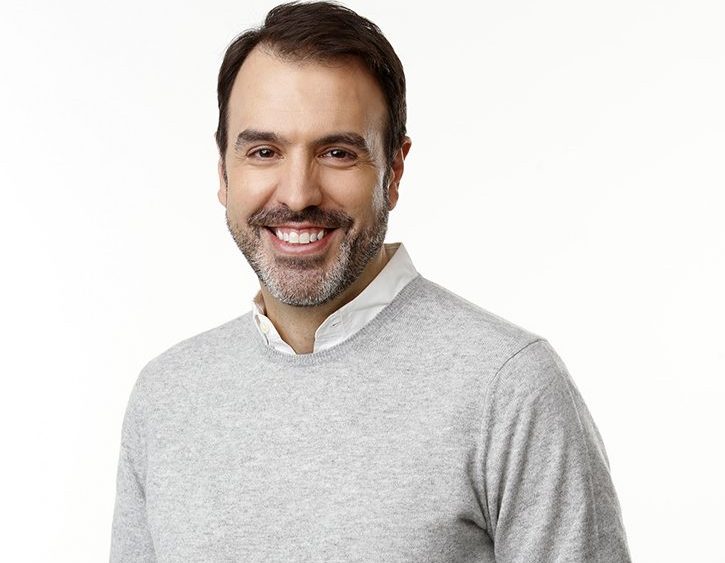 Want to know more on how Days of our Lives crafted the first daytime soap opera flash-forward, and why some of your favorite Salem residents wound up in the predicaments, upheaval and romances they find themselves in one-year later?

Well, on an all-new episode of the Inside Salem: Days of our Lives Podcast, host Michael Fairman welcomes very special guest, DAYS head scribe Ron Carlivati for an informative, enlightening, and fun conversation. 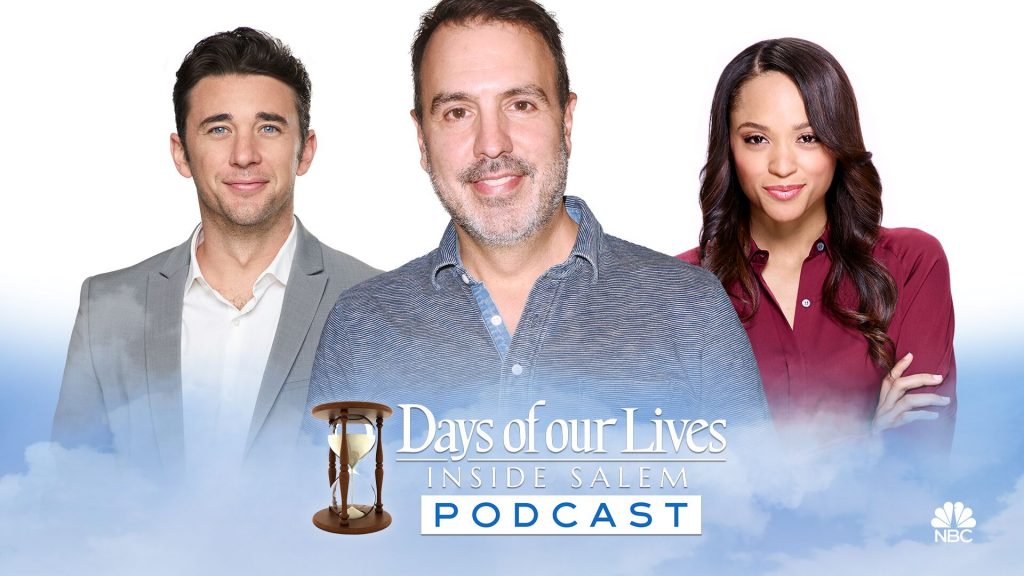 During the episode, Carlivati gives listeners insight and understanding on the DAYS writing teams process, and how the scripts are churned out week after week.  In addition, the creative mind behind the time jump reveals why several characters were given certain storypoints such as: Ben and Ciara, Lani and Kristen, Princess Gina, Will and Sonny, Hattie and Eve, Jack and Jennifer, JJ, Chad and Abby, and many more.

After discussing some of the “Can’t Miss Clips” from recent episodes … where Ron also shared some back-story and intel … the episode takes viewers to the recent Day of Days 2019 fan event, where Fairman talked with members of the cast about the time jump, and later played some DAYS trivia with fans in attendance, and also chatted with longtime viewers to get their opinions on some of the latest on-screen developments.

As listeners of ‘Inside Salem” now know, this episode marks the series finale, and because of that we wanted to go out with a real insider to serve up a wonderful ending to our time going behind the curtain in Salem.

You can listen to the new podcast episode here via iTunes or via NBC.com/Inside Salem.

So, what did you think about the thoughts shared by Ron Carlivati on the characters plights since Salem’s time jump and more? Comment below.

Daniel Goddard’s Heartfelt Farewell On His Last Y&R Airdate: “I Love Each and Every One of You, You Will Never Truly Know How Much You Mean to Me.”

“Inside Salem” was a first class podcast. I’ve listened to every episode and commend Michael and the team that made it happen. I appreciated all the interviews and behind the scenes intel. Bravo for a job well done! I’m sorry to see it end.

Awesome Show as always. The children make it a blessed show.

I think he and his writers need their heads examined. Getting rid of Freddy Smith, Chandler Massey and Galen Gearing was so stupid, and I mean stupid. Will and Sonny are the heart of the show, and with them being let go, many of us won’t even bother to tune in. The time jump was the most foolish thing i have seen since Dark Shadows. I can onlyhope you rethink your decision and get them back on the show immediately. It is stupid, listen to your viewers. i admit there are to many storylines. The ?D?imera storyline is also stupid.… Read more »

For the first time since 2014, Days of our Lives has received not just a one-year, but a two-year renewal, from NBC ending the suspense of another renewal negotiations between the series, the network, and Sony.

According to Deadline that broke the good news this will take the long-running and beloved daytime drama series through its 57th and 58th seasons on the air.  In anticipation of the pick-up, the producers had been making if-come deals with key cast members, including signing a new contract with Days favorite Robert Scott Wilson (Ben Weston) and bringing in Jackée Harry  Paulina) who was recurring at first to be more full-time on the show.

In statements on the DAYS pick-up, Michael Sluchan, EVP, Scripted Series & Kids Programming, NBCUniversal Television and Streaming shared: “We couldn’t be happier to bring our loyal fans two more seasons of Days of our Lives and continue what has been an absolutely remarkable achievement in television. A big thank you to Ken Corday and the cast and crew for their incredible passion for storytelling that continues to reach new generations of viewers.”

DAYS EP, Ken Corday shared: “After more than 55 years of bringing drama, adventure and romance to screens around the world, we are thrilled and honored to carry on the Days of our Lives legacy for another two years. We are thankful to NBC for their enduring commitment to the show and grateful to continue this wonderful journey with our fans for years to come.”

Sony EVP, Programming Steve Kent added: “We are incredibly proud of the work being done by Ken Corday, the cast and crew. They continue to tell bold stories through these iconic characters captivating audiences around the world.  We are thrilled to continue the legacy of Days of our Lives and for viewers to enjoy two more seasons.”

So, thrilled to hear about the two-year pick-up for DAYS? Share your congrats to the show via the comment section below.

This week Days of our Lives viewers saw the exit of both Theo (Cameron Johnson) and Ciara (Victoria Konefal), much to the chagrin of Cin fans everywhere! But hold on! Days head writer, Ron Carlivati revealed that Victoria Konefal will be back on-screen this summer on the NBC soap opera.

In an interview with Soap Opera Digest, Carlivati revealed: “From the moment we were coming to that point and we knew Ciara was going to exit town with Theo, we were immediately pursuing the next chapter with Victoria: When would she be available or willing to come back, and when could we tell the next chapter because I knew that would feel unfinished and be unsatisfying to a lot of people. So that’s why I’m happy to announce here that Ciara is coming back and we are going to tell that next chapter of the story and hopefully, this time, the audience will get the payoff that they’re looking for and hoping for.”

And as to just how long will Konefal who chose to go on recurring status with the show be back for her summer run, Carlivati shared: “At this point, and I can’t speak for Victoria and I can’t speak for the show, and this is not an official announcement in any capacity, but I will say at this point, there is not an end date. We are working with Victoria to keep the story going and keep Ben (Rob Scott Wilson) and Ciara’s love story alive.”

Cin fans should note that Carlivati added, “I would encourage the audience to remember that they (Cin) have an important anniversary coming up this summer that may figure into their story, so she will be back sooner than you know.”

So, happy to know there will be more of Ben and Ciara? Where you upset to see Ciara exit the canvas with Theo? Share your thoughts via the comment section below.