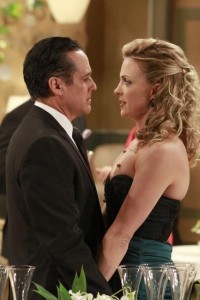 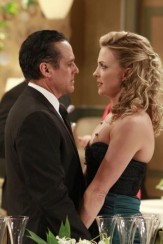 There is a great piece out from Roger Friedman of Showbiz 411 who has been on the side of  soap viewers of the ABC Daytime line-up.  In his item, Friedman points out how GH is performing far better than Good Afternoon America, the new daytime summer replacement series for the failed reality/makeover show The Revolution, which took the place of One Life to Live and was thus a horrendous lead-in for General Hospital, which deserved much better!

The excerpts below should put a smile on  soapers faces, while they continue to be frustrated over ABC’s original decision to cancel One Life to Live with thrown-together programming that in the end, won’t resonate with the viewers that they have alienated.

Showbiz 411:  “General Hospital almost got the axe this summer. It was saved by the failure of ABC’s godawful The Revolution, which involved watching people iron, sew and cook after an hour of watching them only cook on the just-as-bad The Chew.  These dregs of reality replaced All My Children which had been hobbled, and One Life to Live, which was booming. The executioner, Brian Frons, was himself given the axe, not a lot of consolation for fans of what used to be called ABC Daytime.  GH has sort of merged with One Life and it’s booming by comparison with the reality shows.

Despite ABC’s attempts to kill it, GH had 2,277,000 viewers last week. The key demos had 558,000 women 18-49. The fact is, if ABC had just put some money and real talent into the soaps, they wouldn’t now be in this weird whirlpool of ratings anxiety.  If Katie Couric is smart, she’ll bring on every cast member of  GH over the first week just to win over their viewers. It’s like inviting the neighbors when you know you’re having a big noisy party. But something tells me that won’t happen. And if  Katie fails, ABC should just re-start  One Life and admit their mistake.”

So now that you have read Friedman’s pretty dead-on comments, weigh-in!

TODAY Would Have Been One Life to Live's 44th Anniversary!